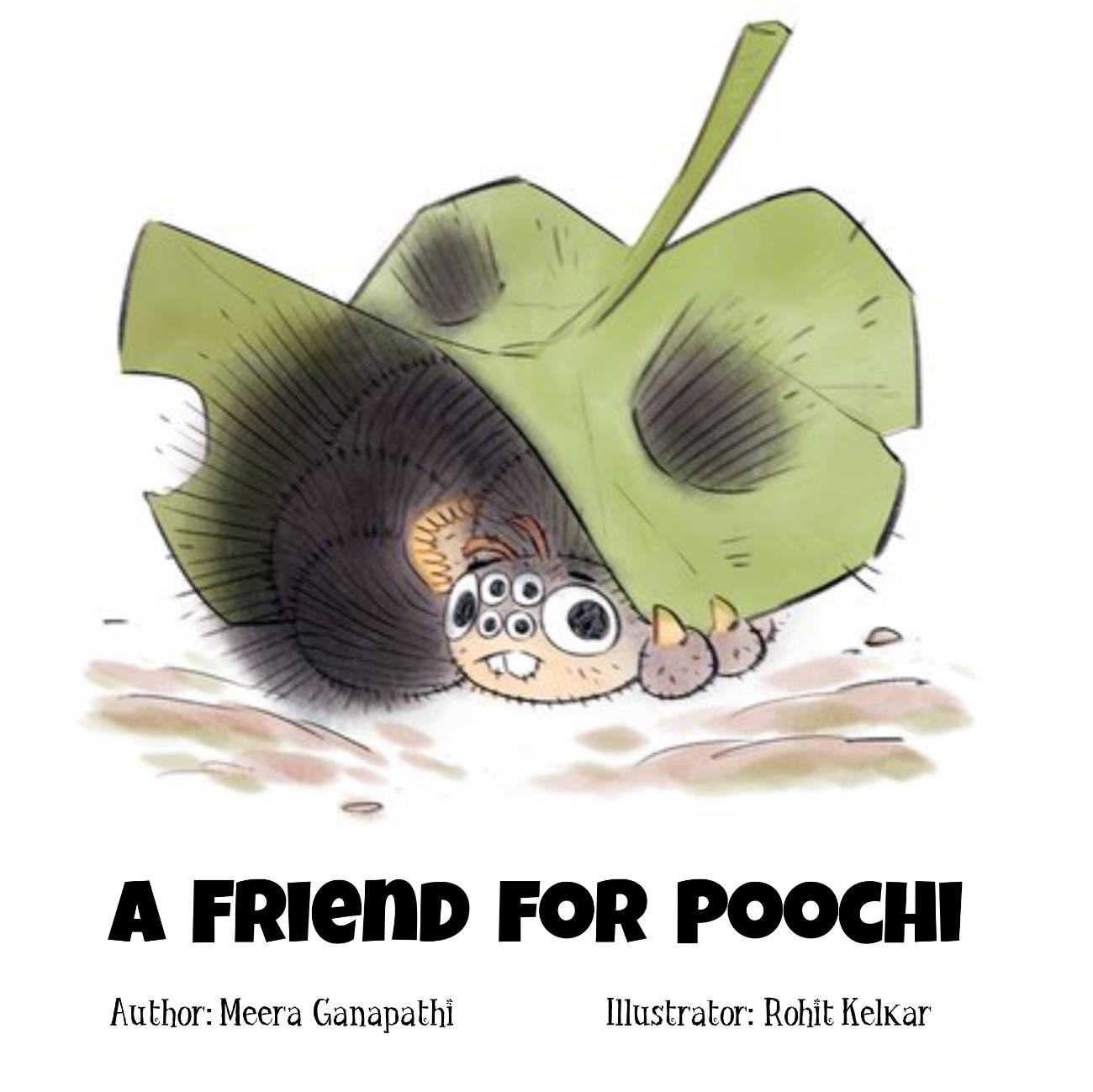 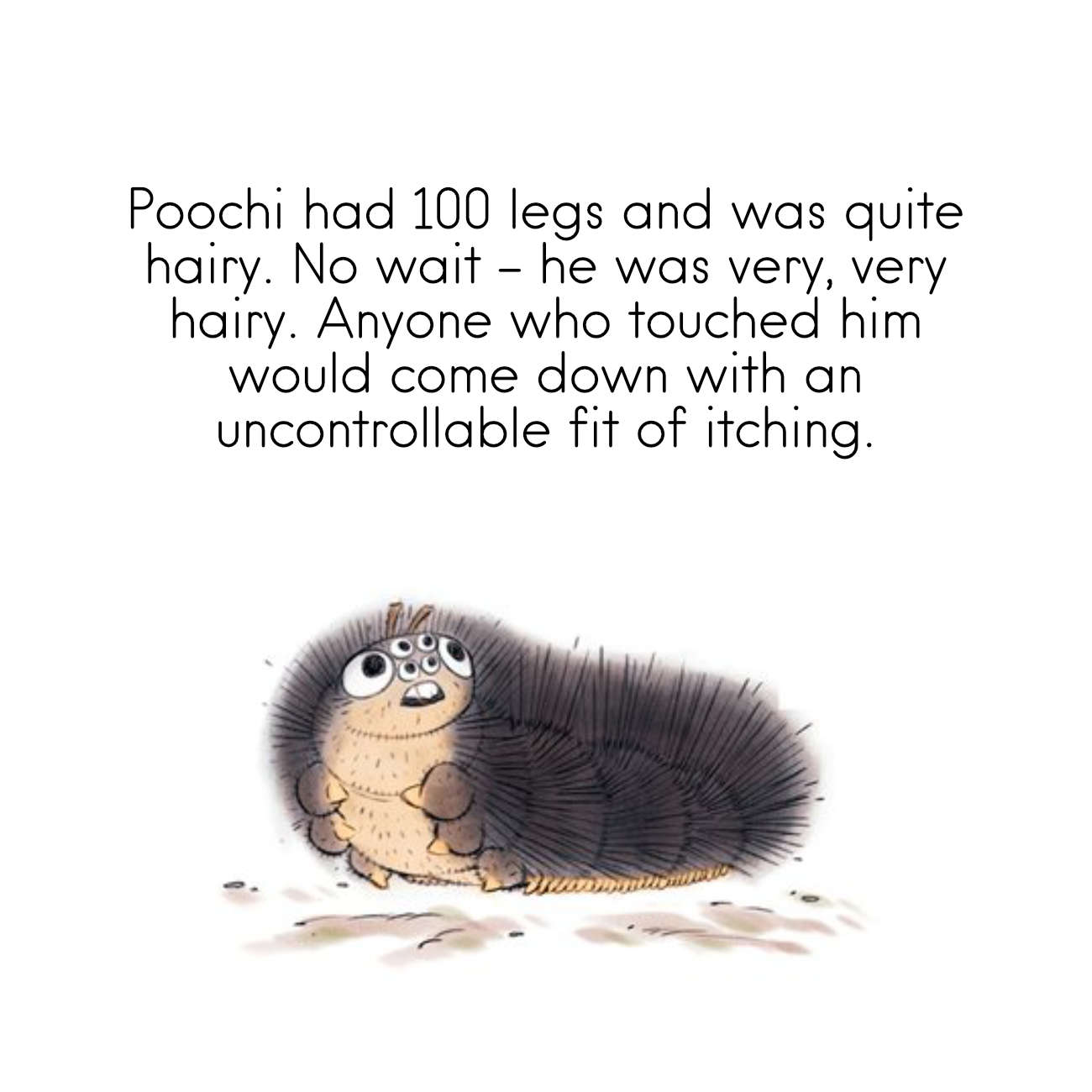 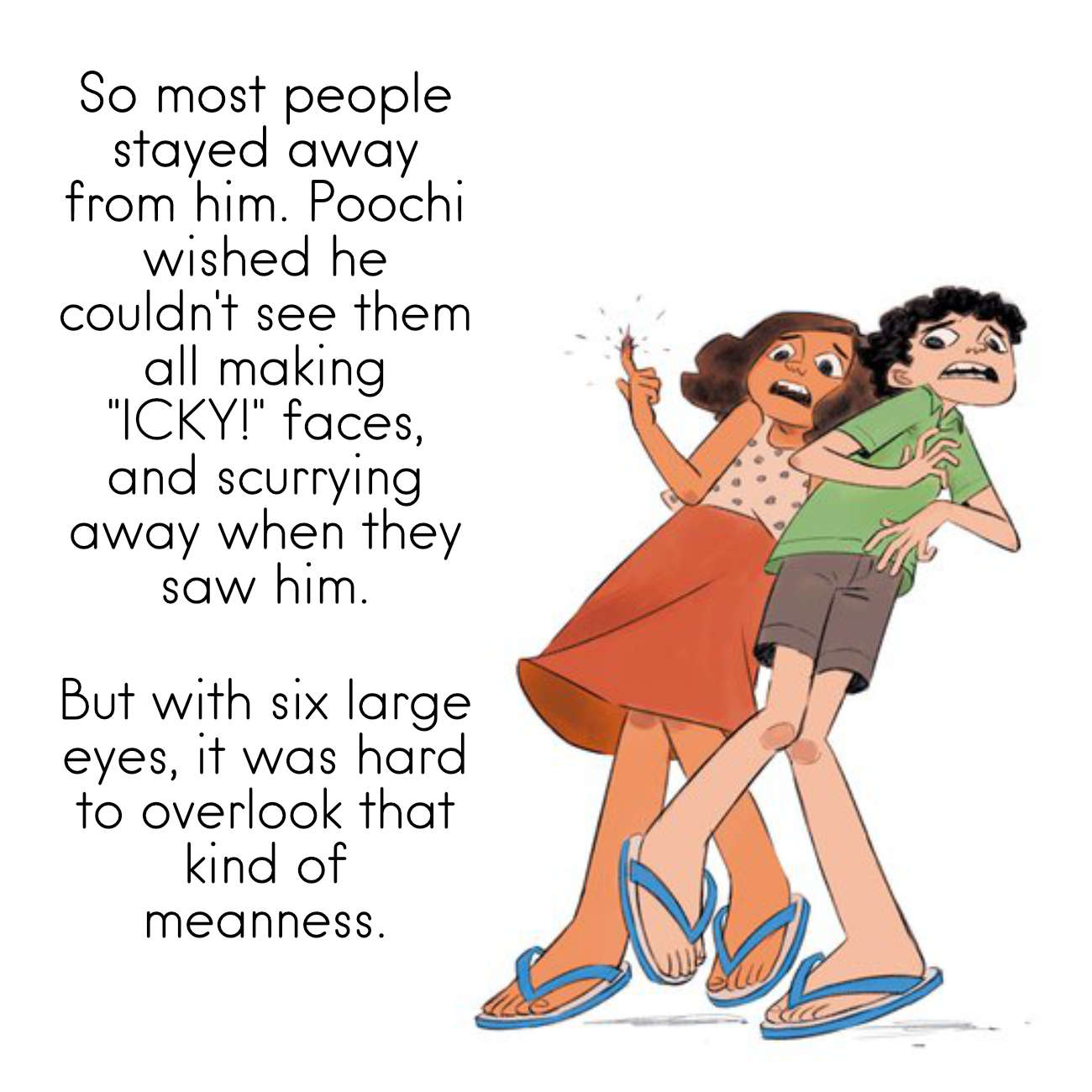 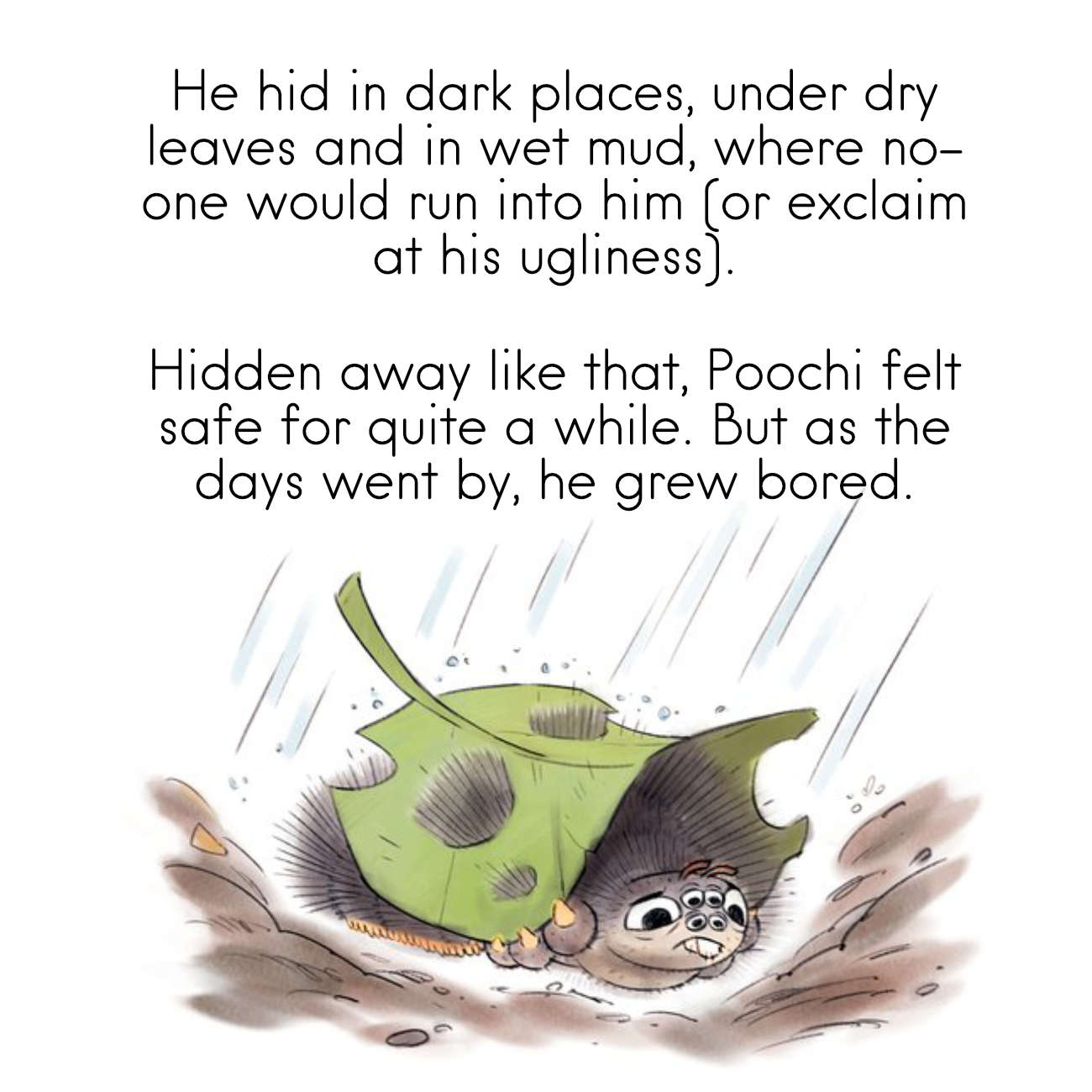 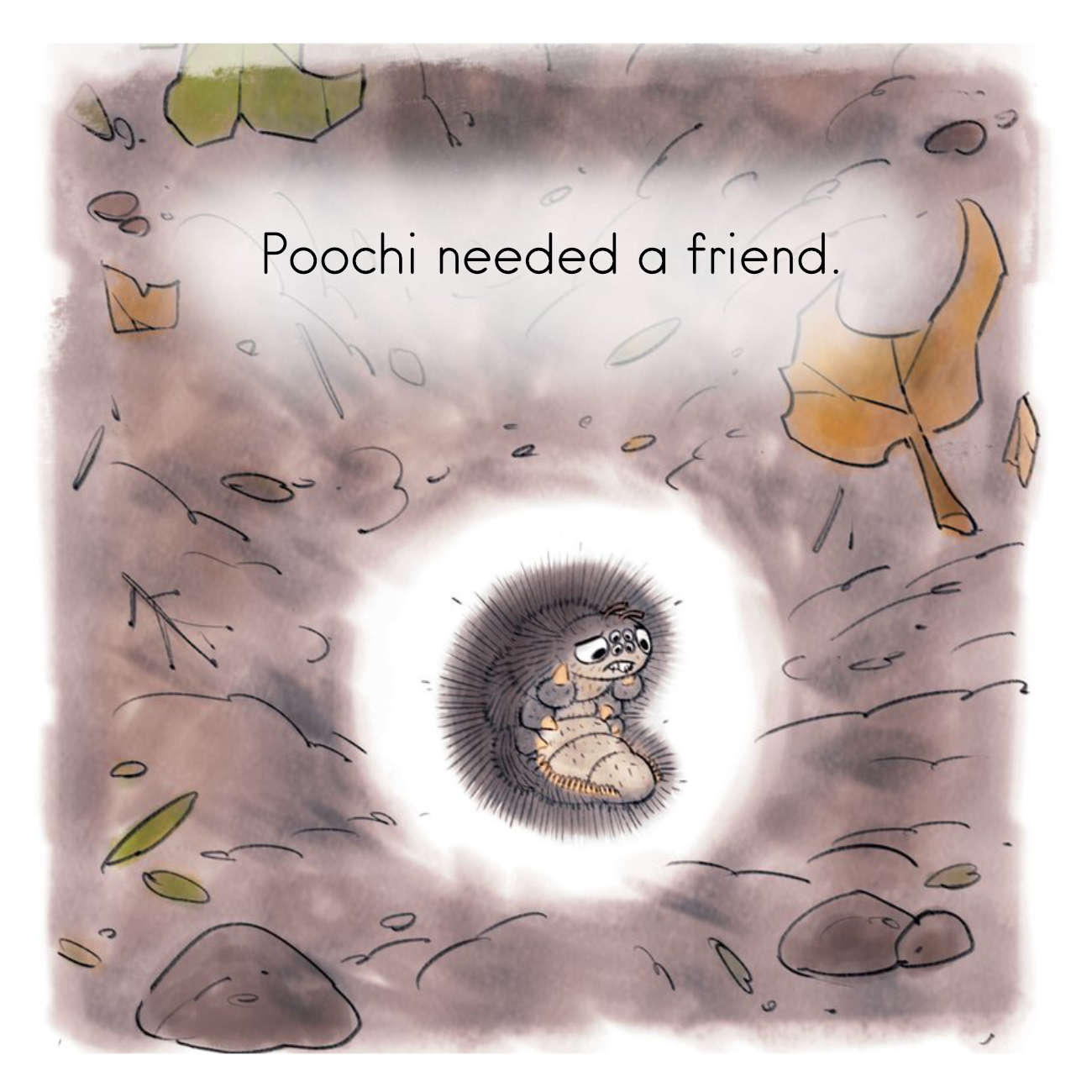 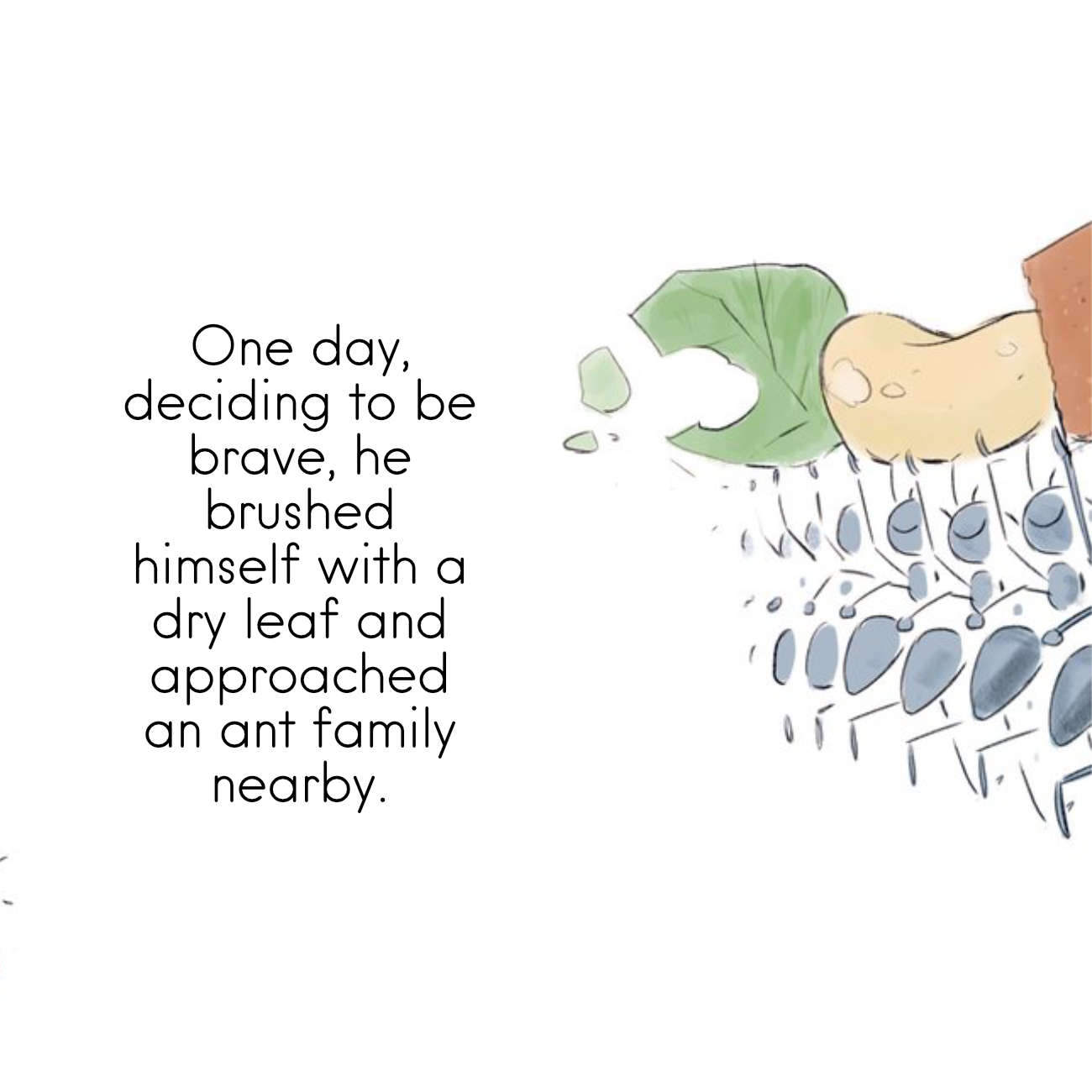 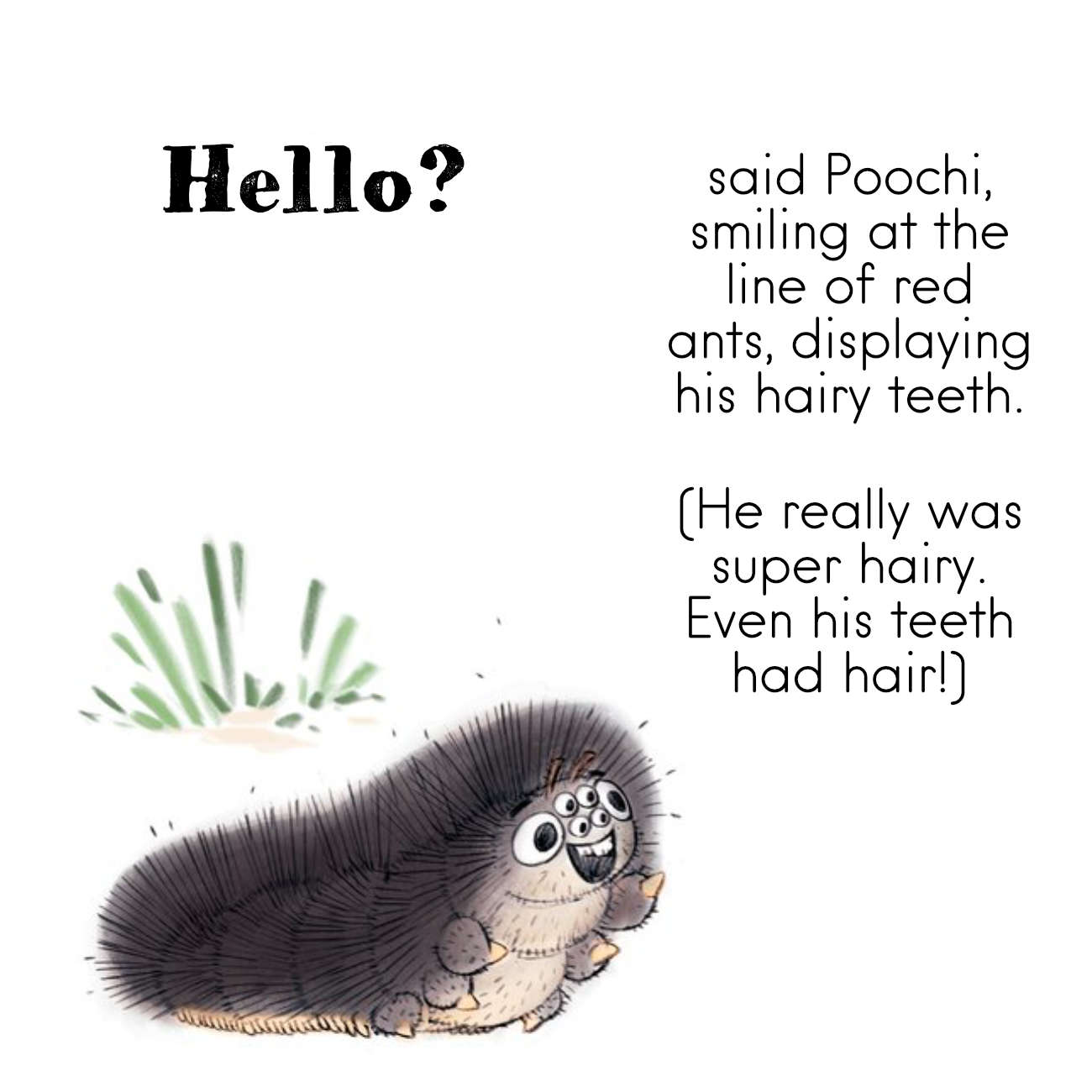 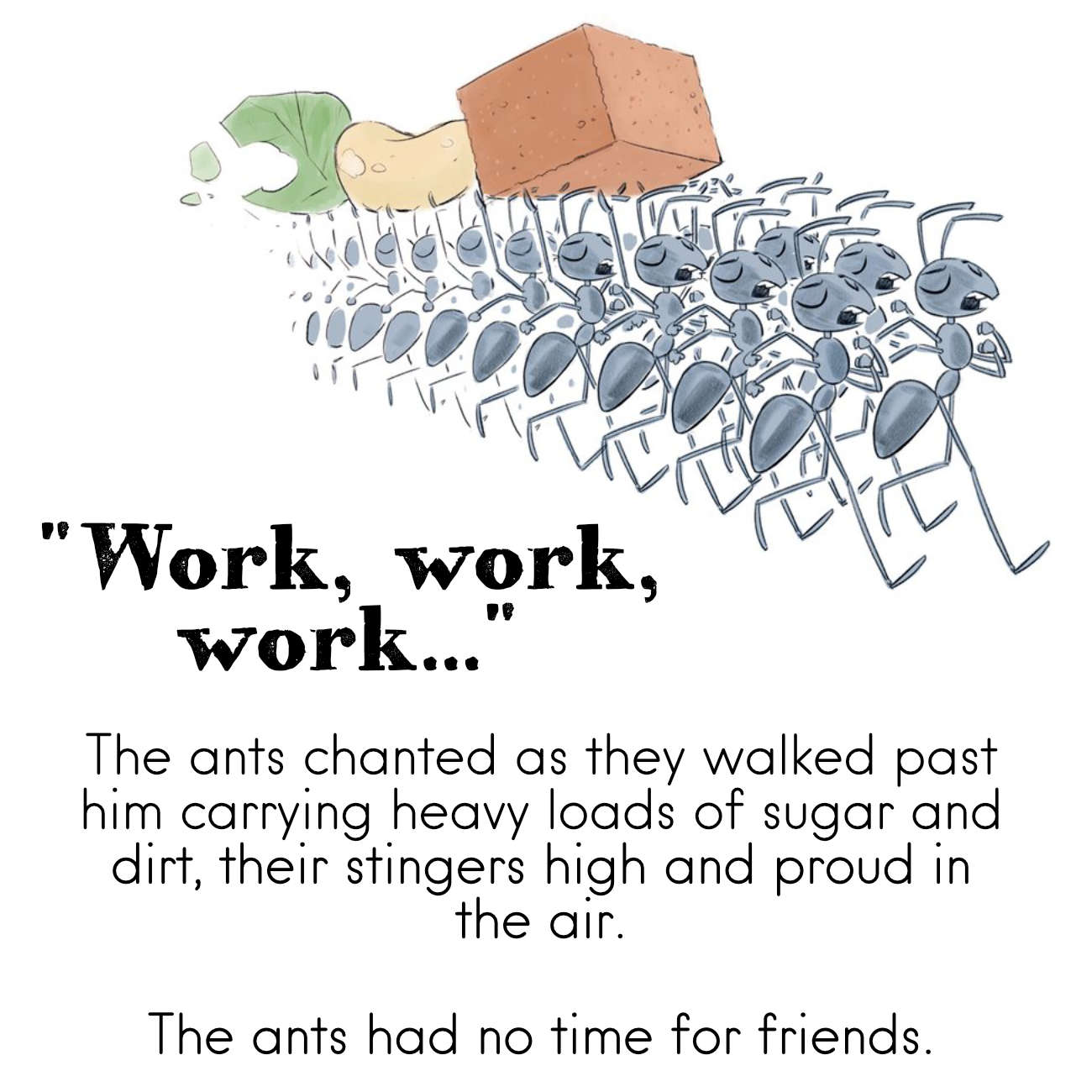 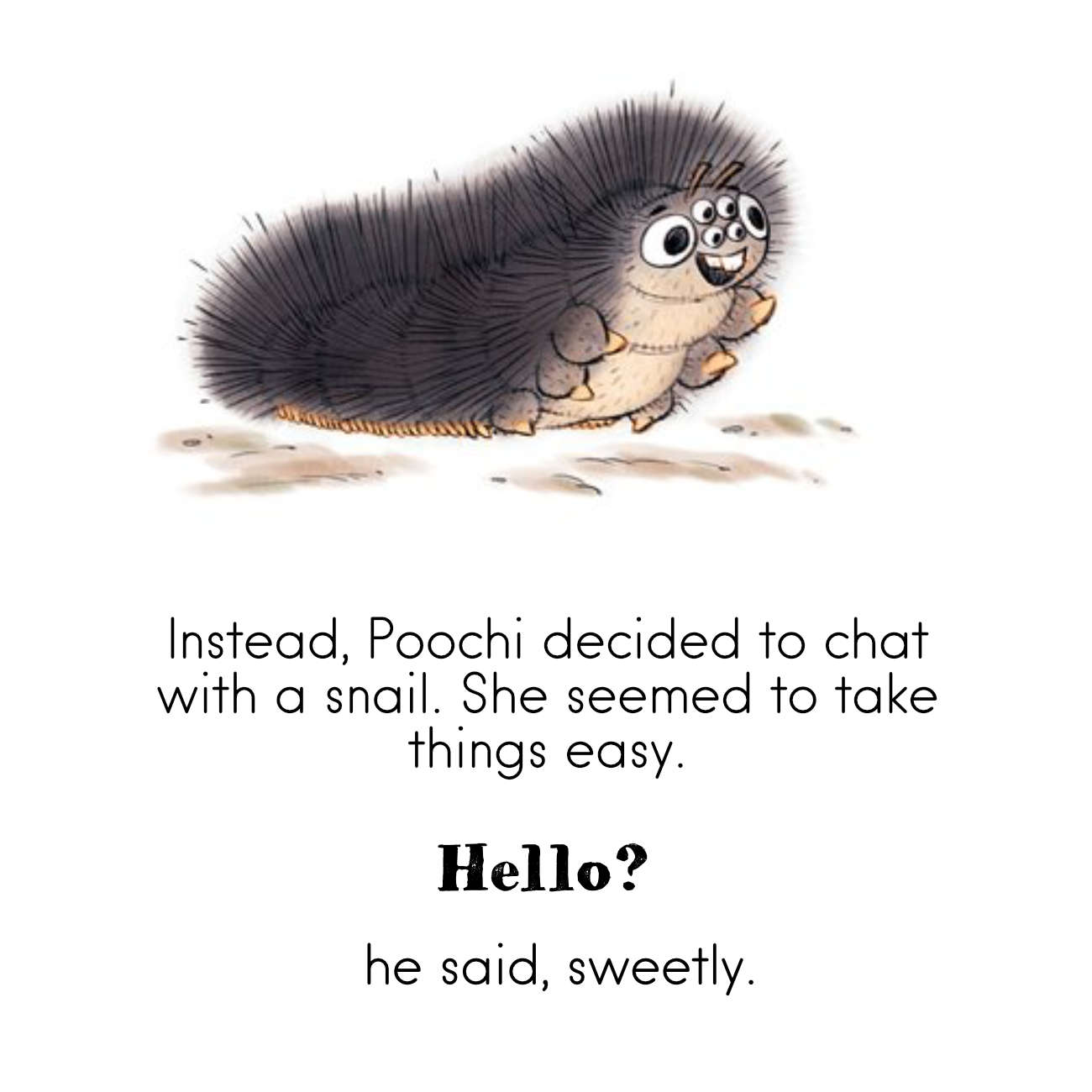 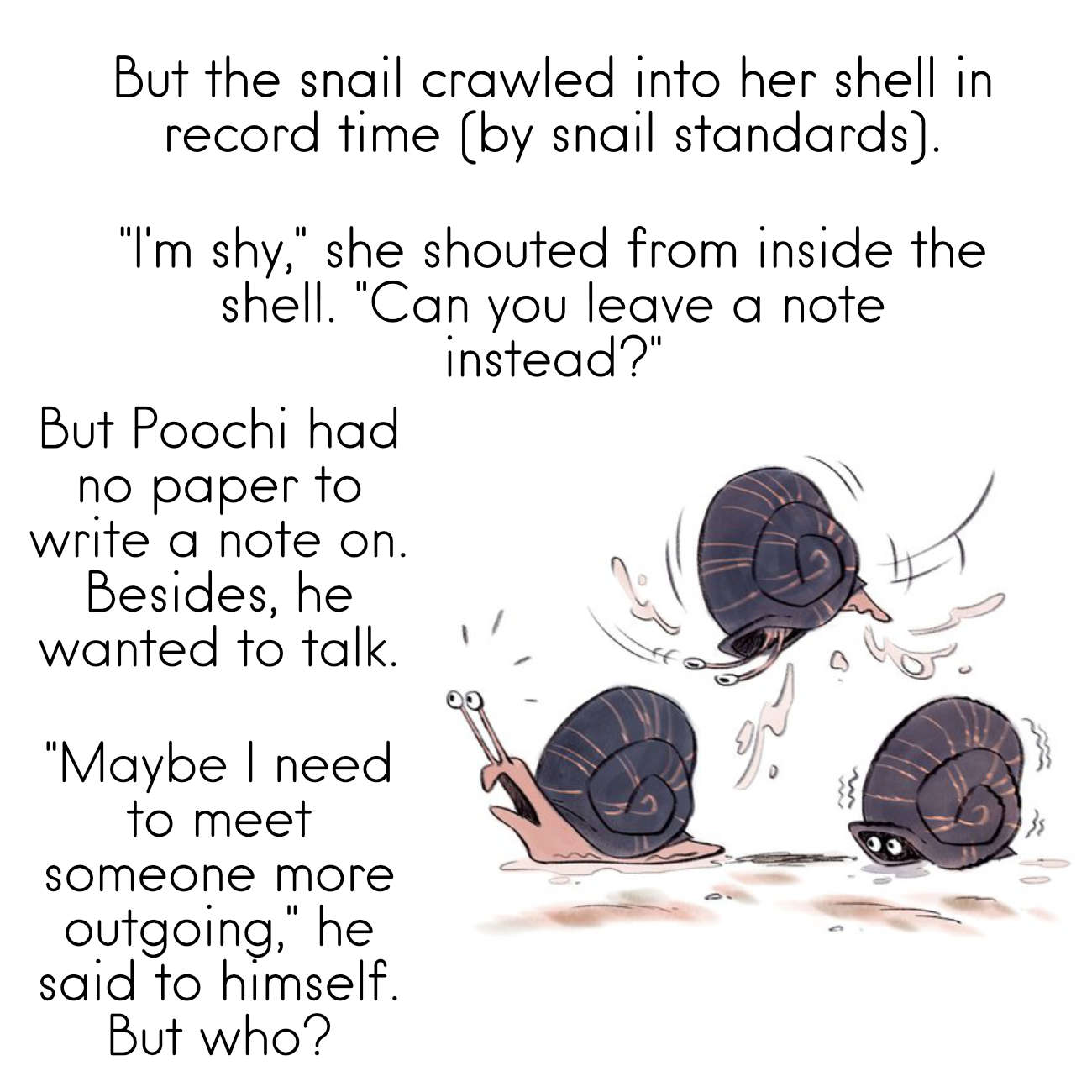 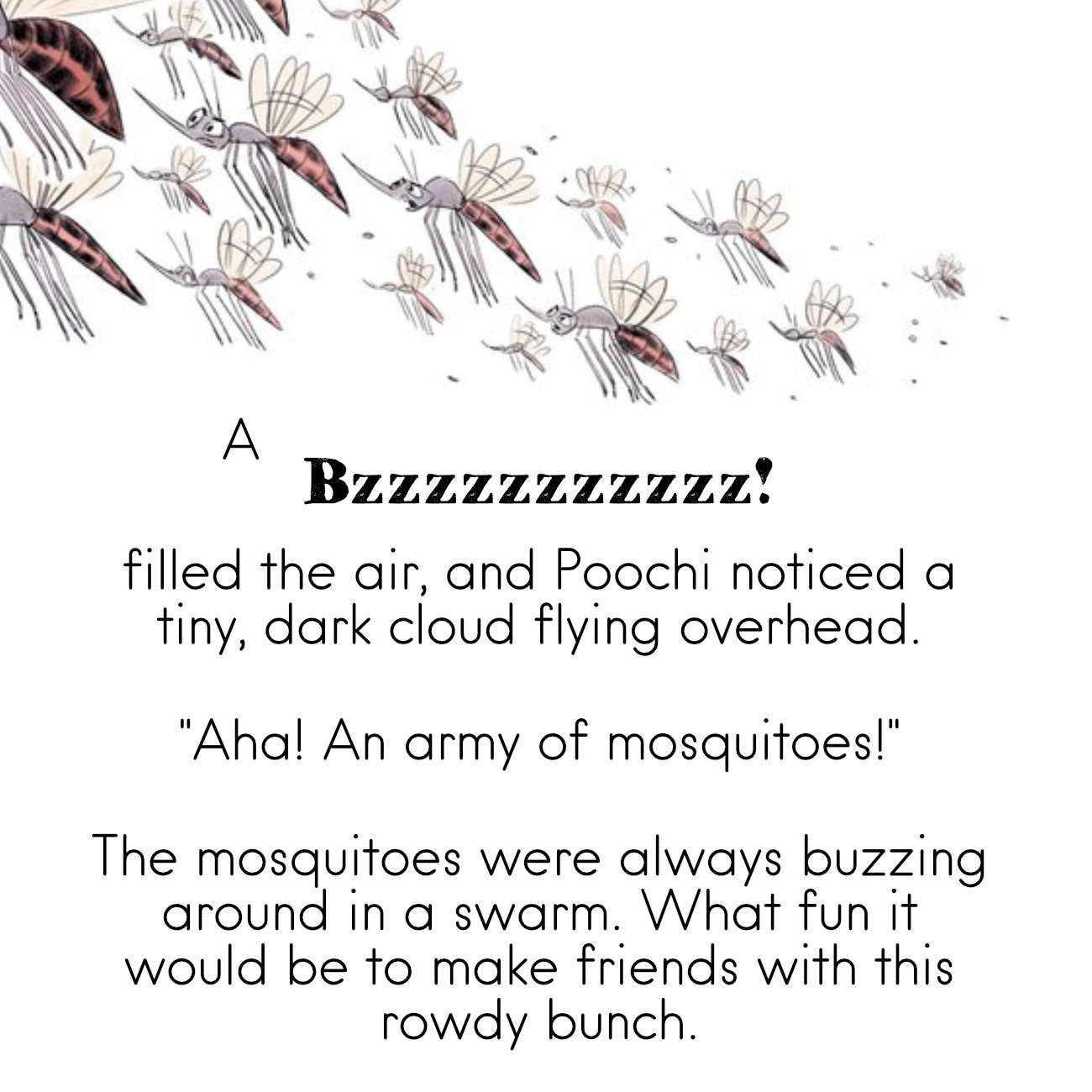 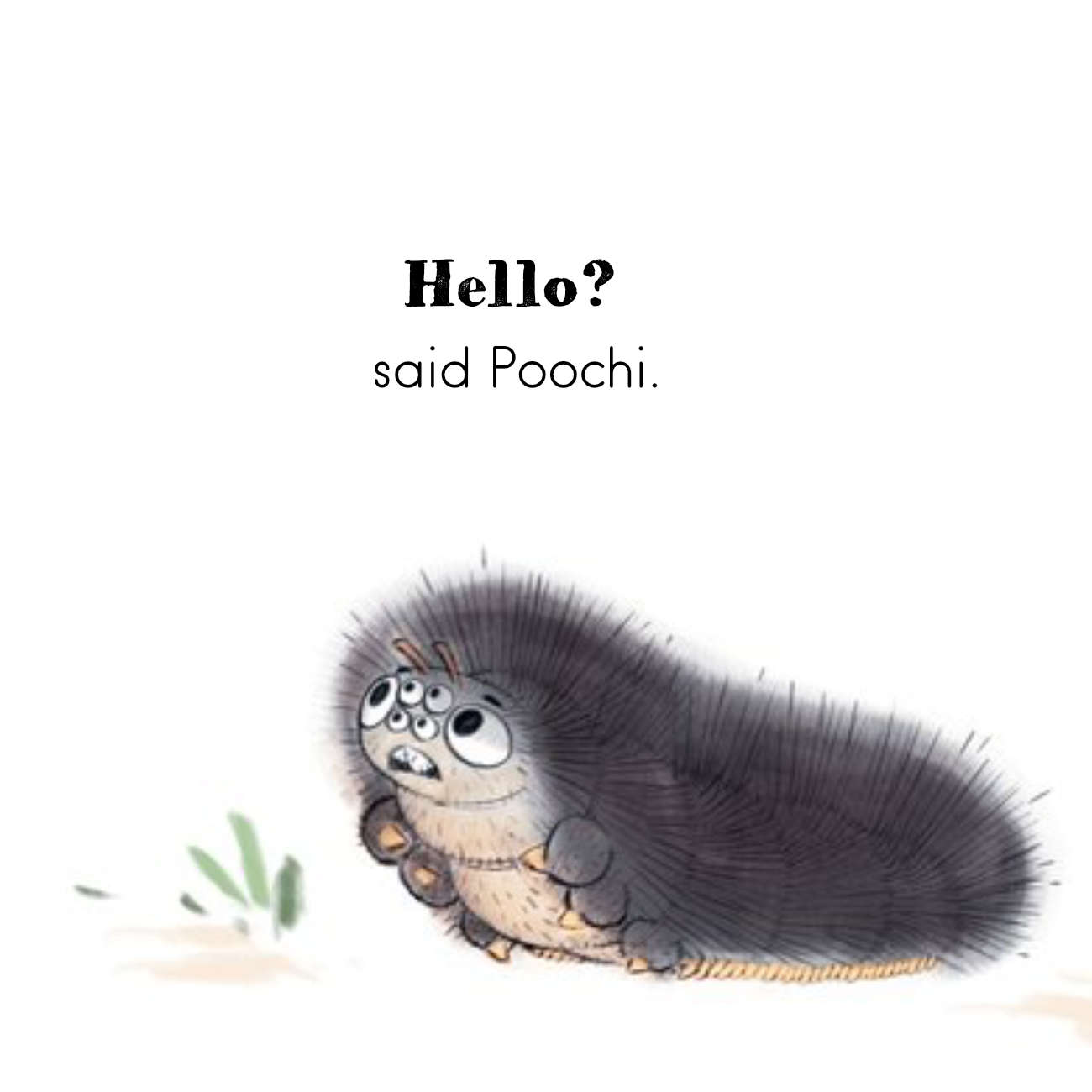 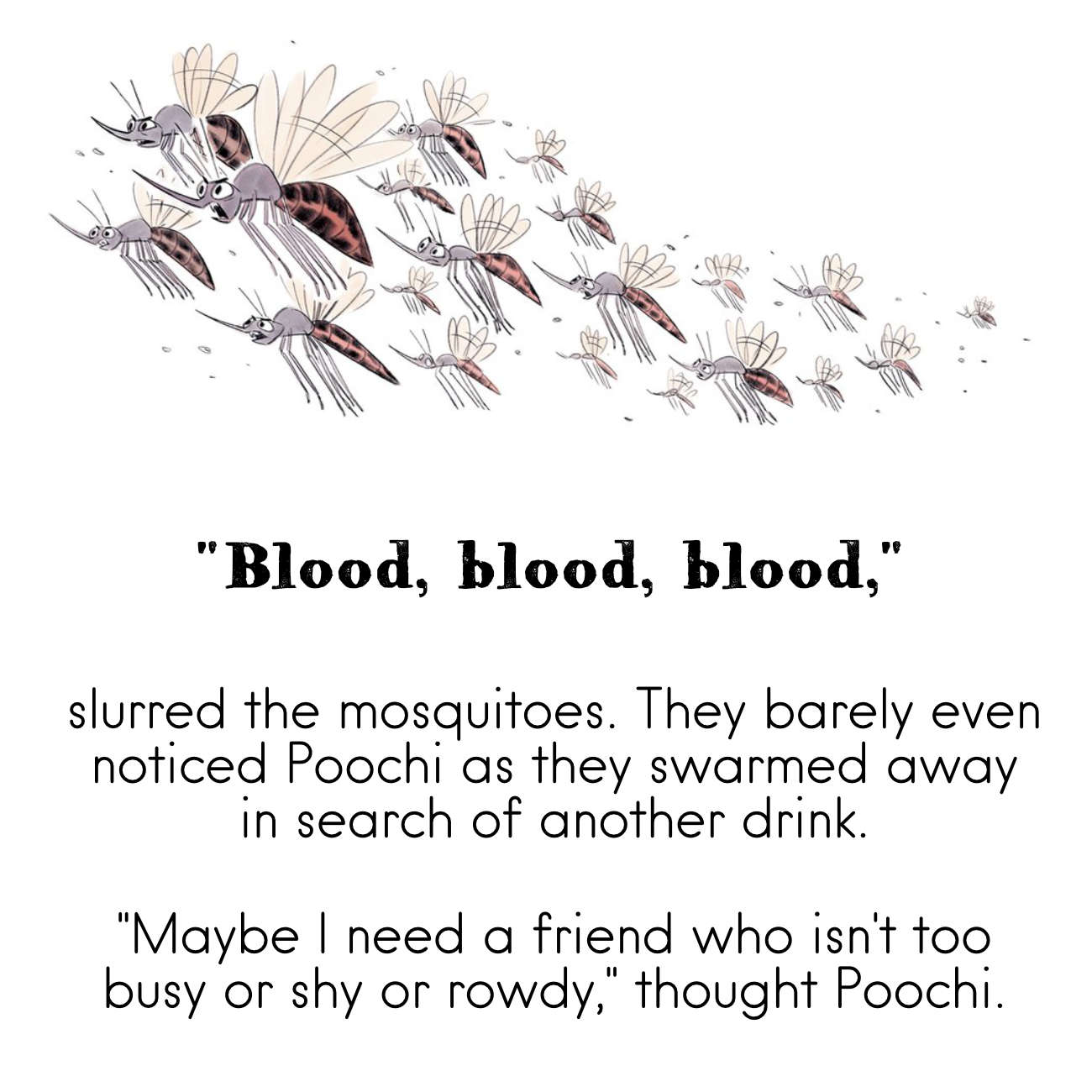 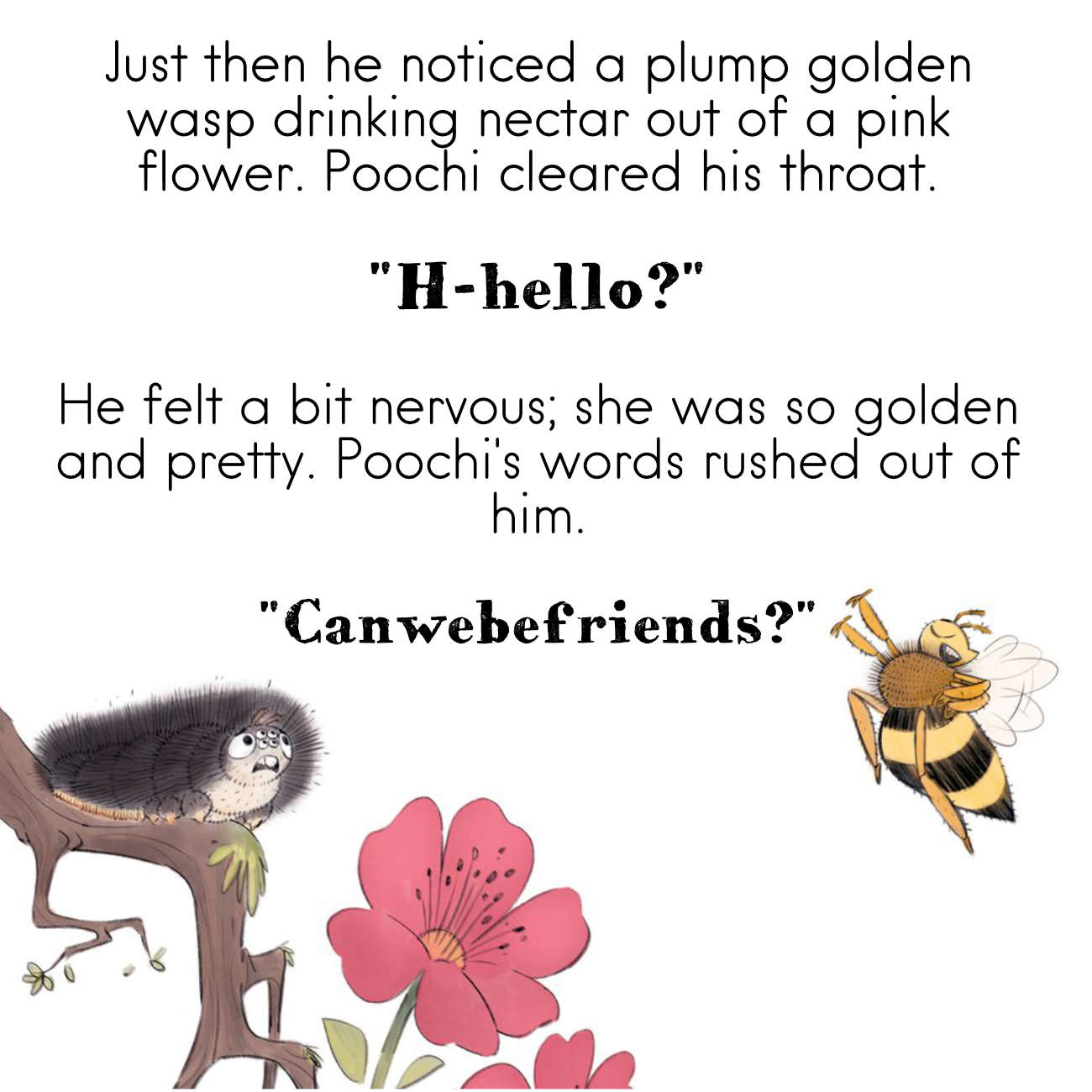 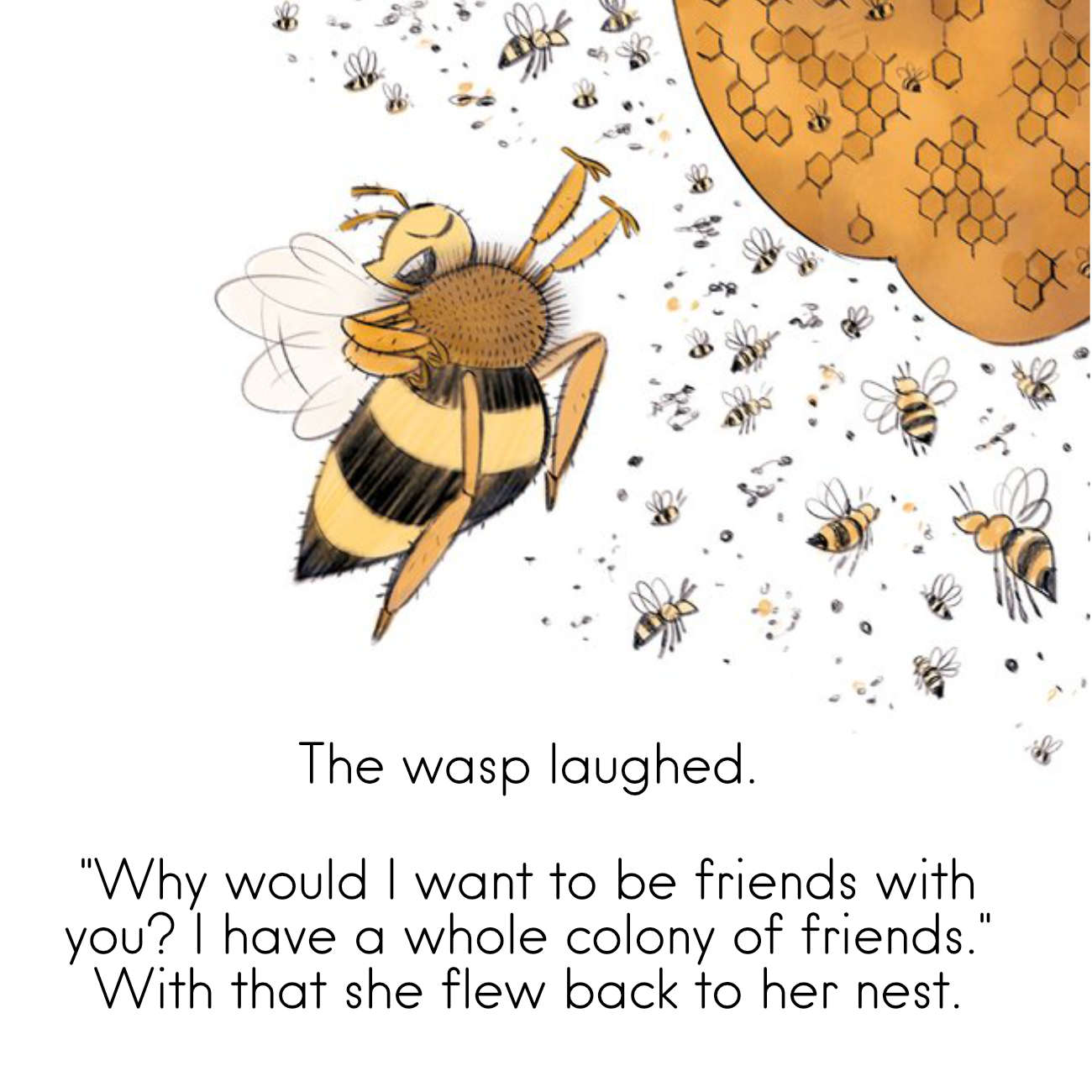 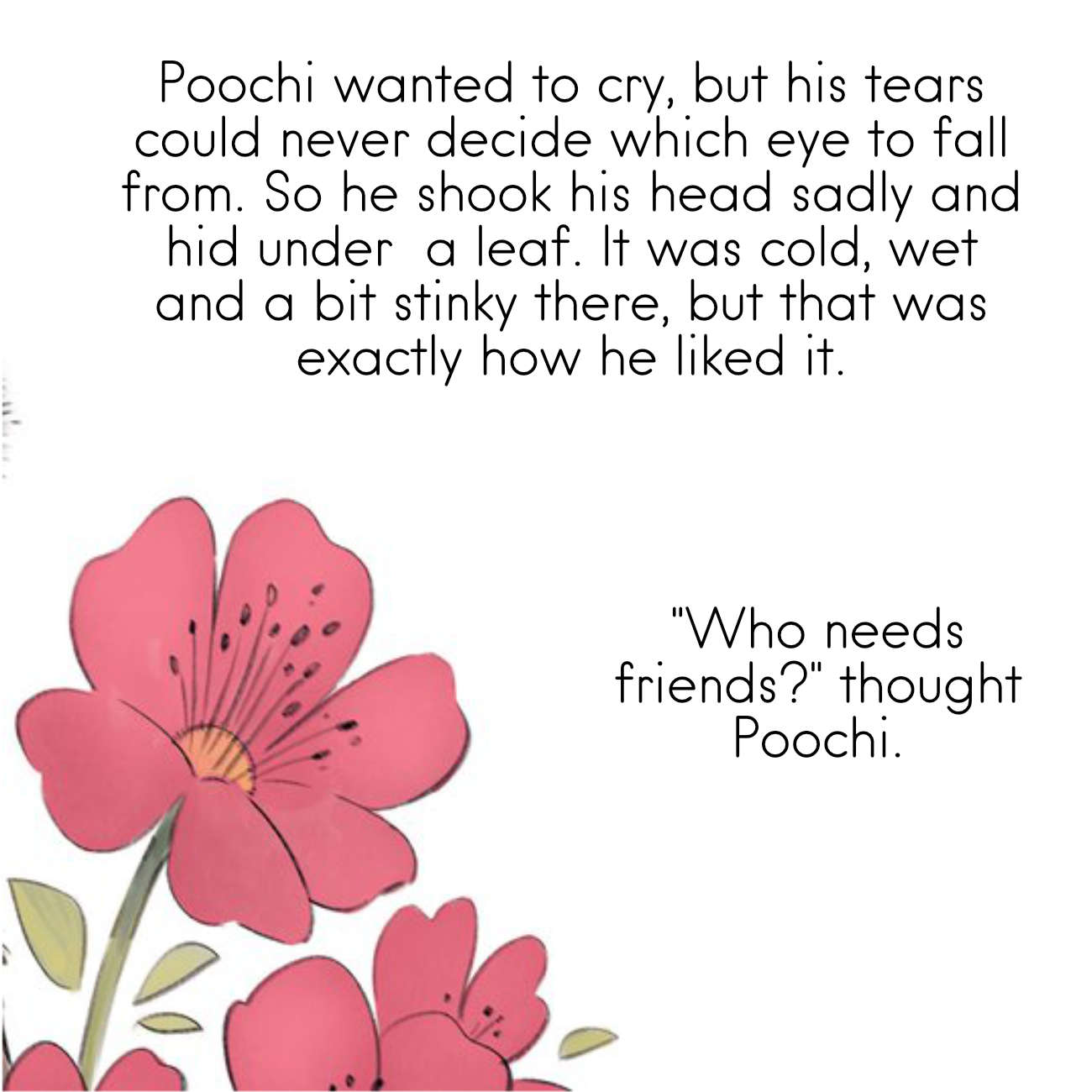 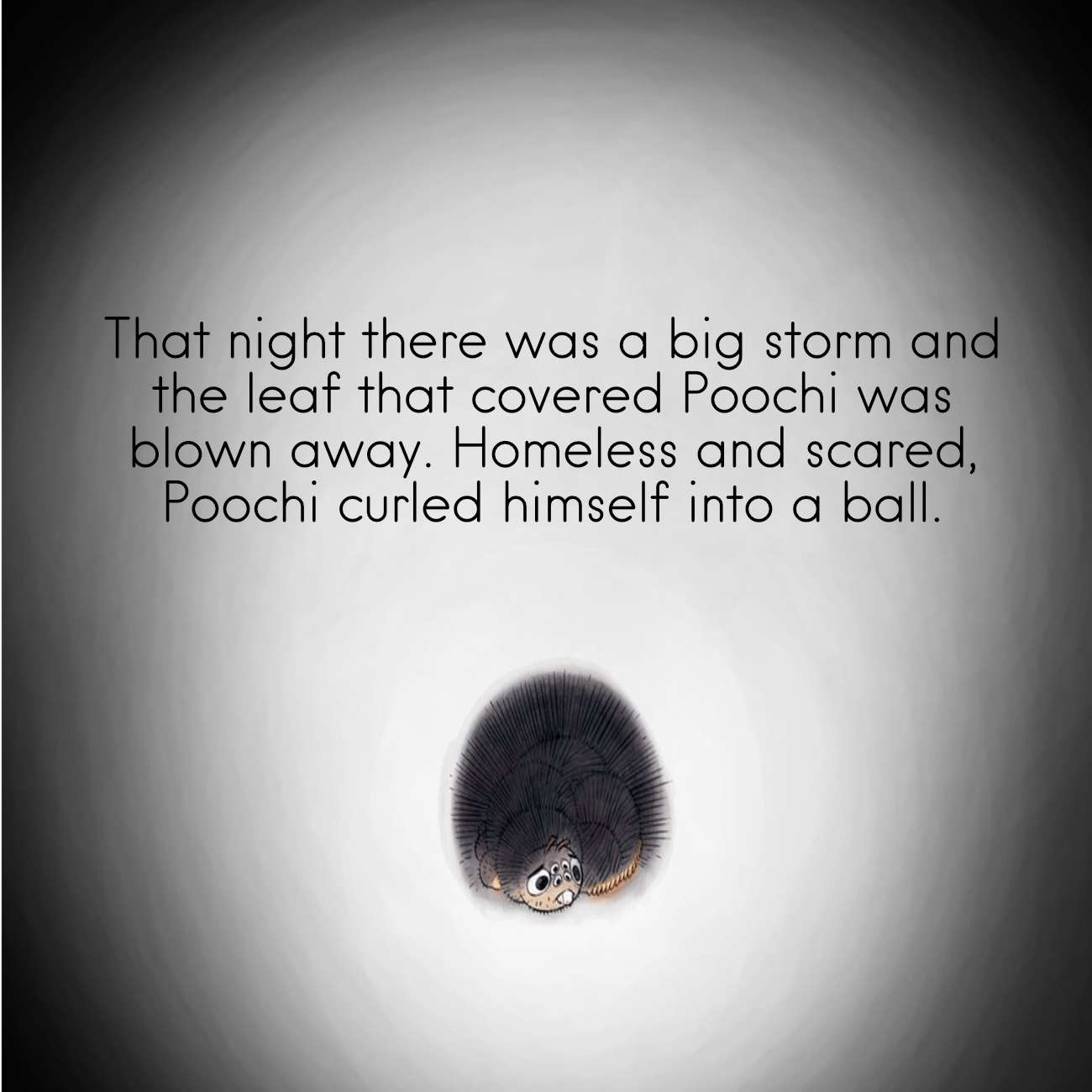 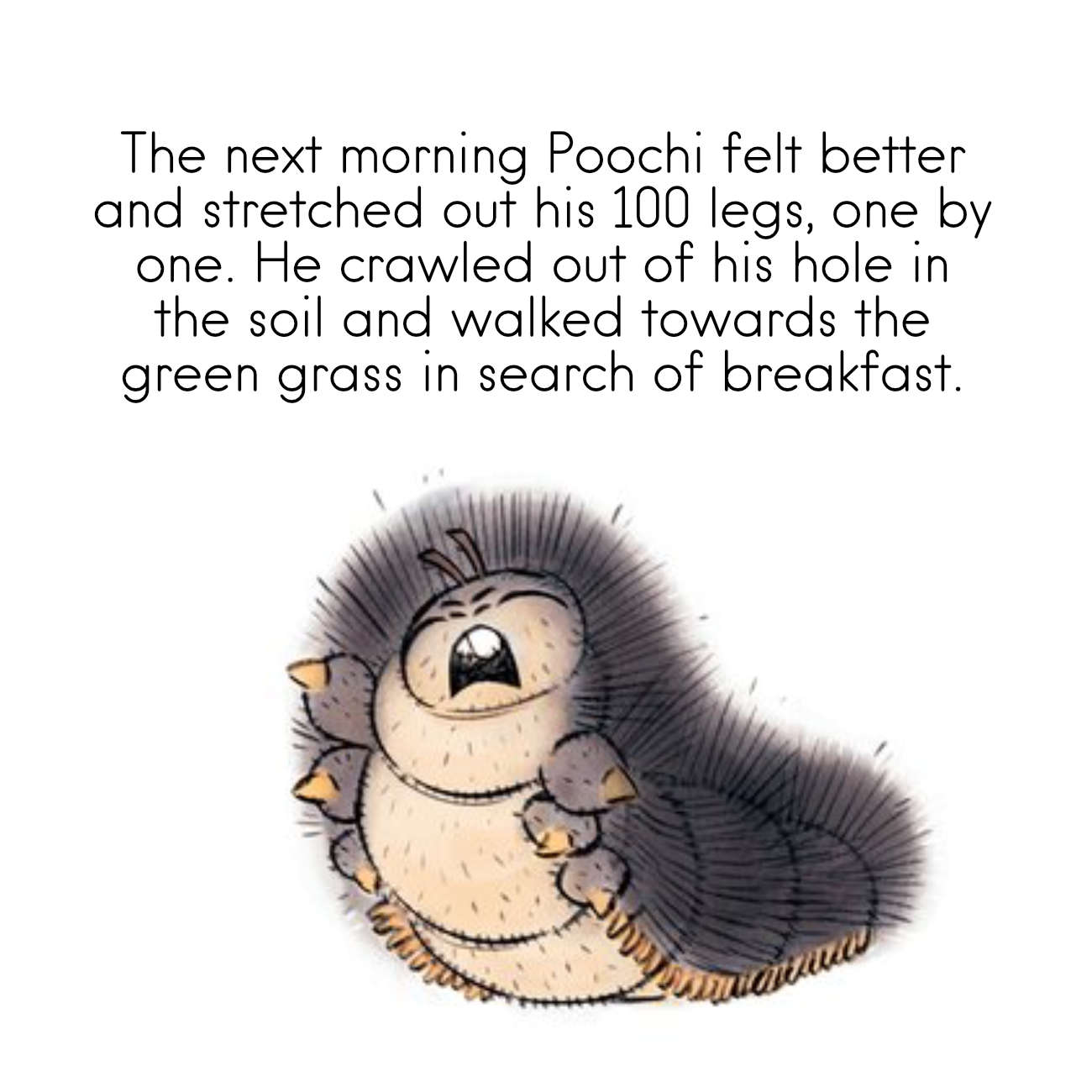 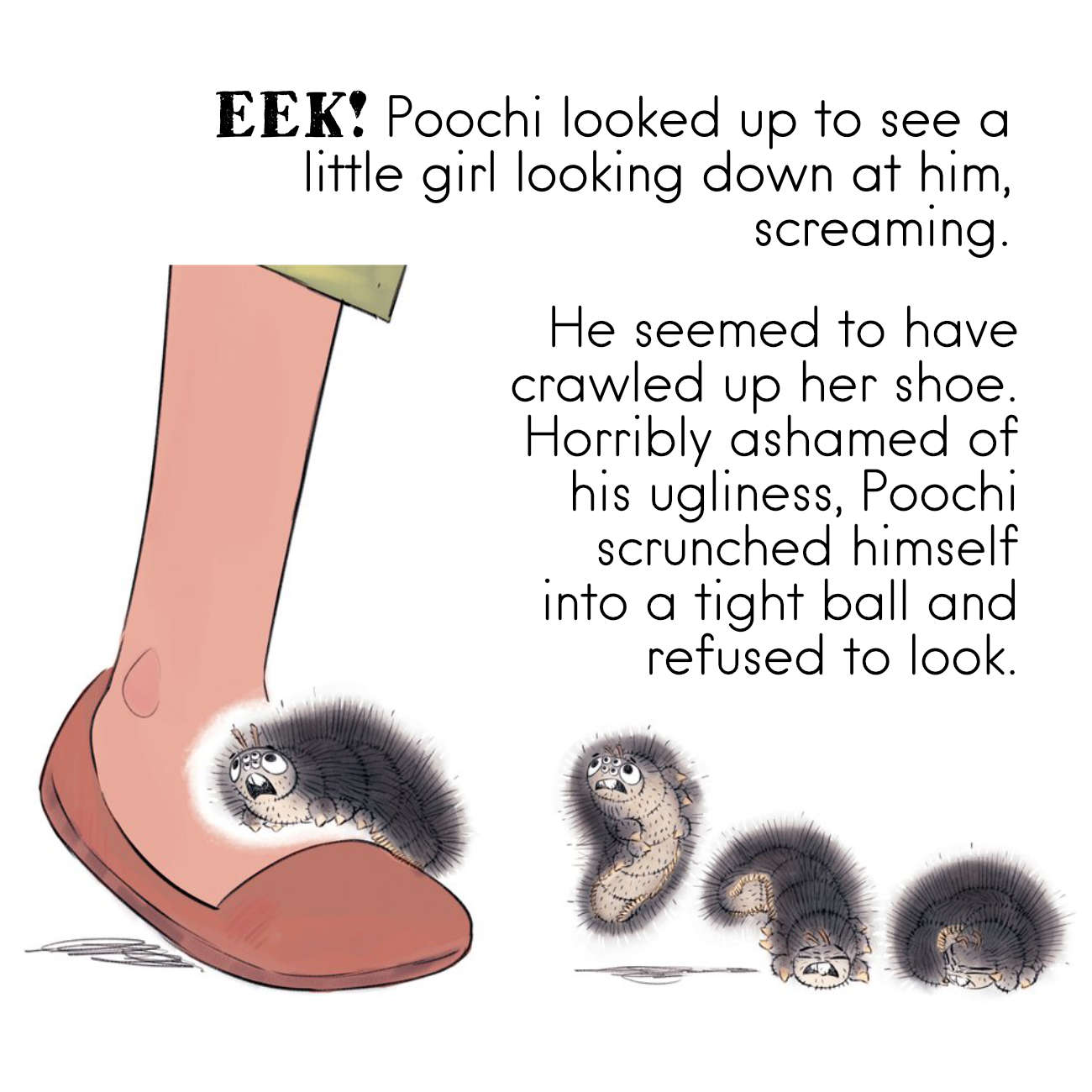 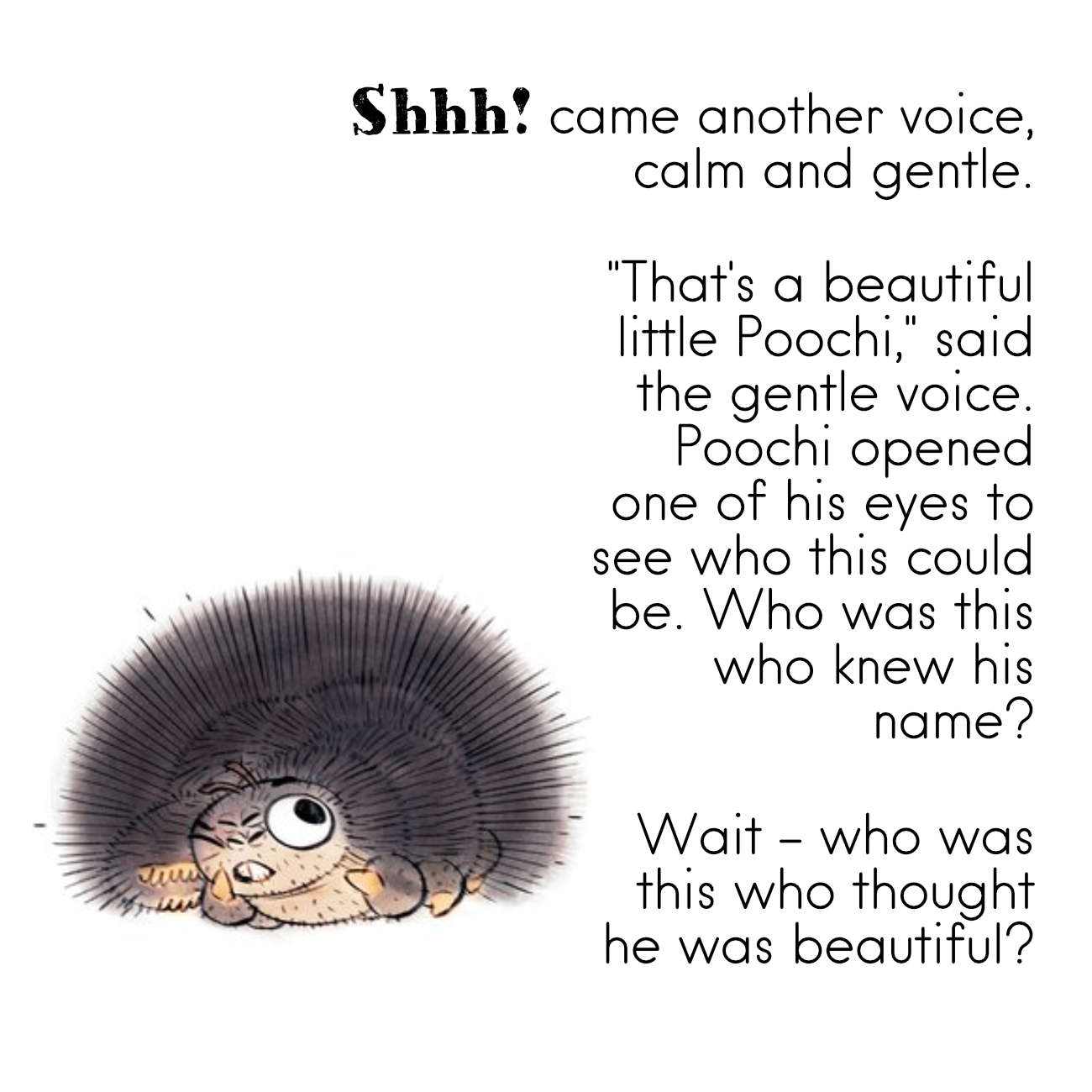 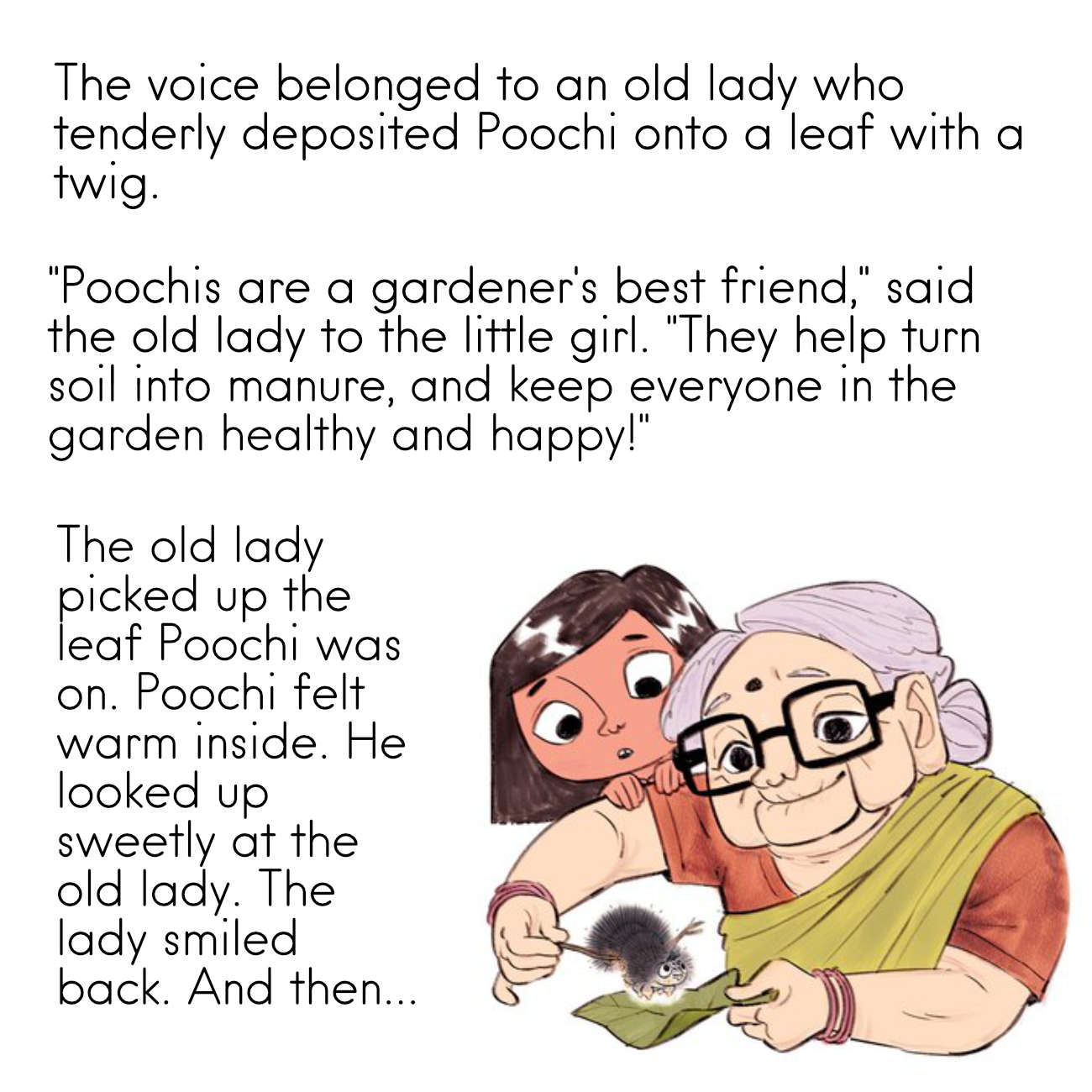 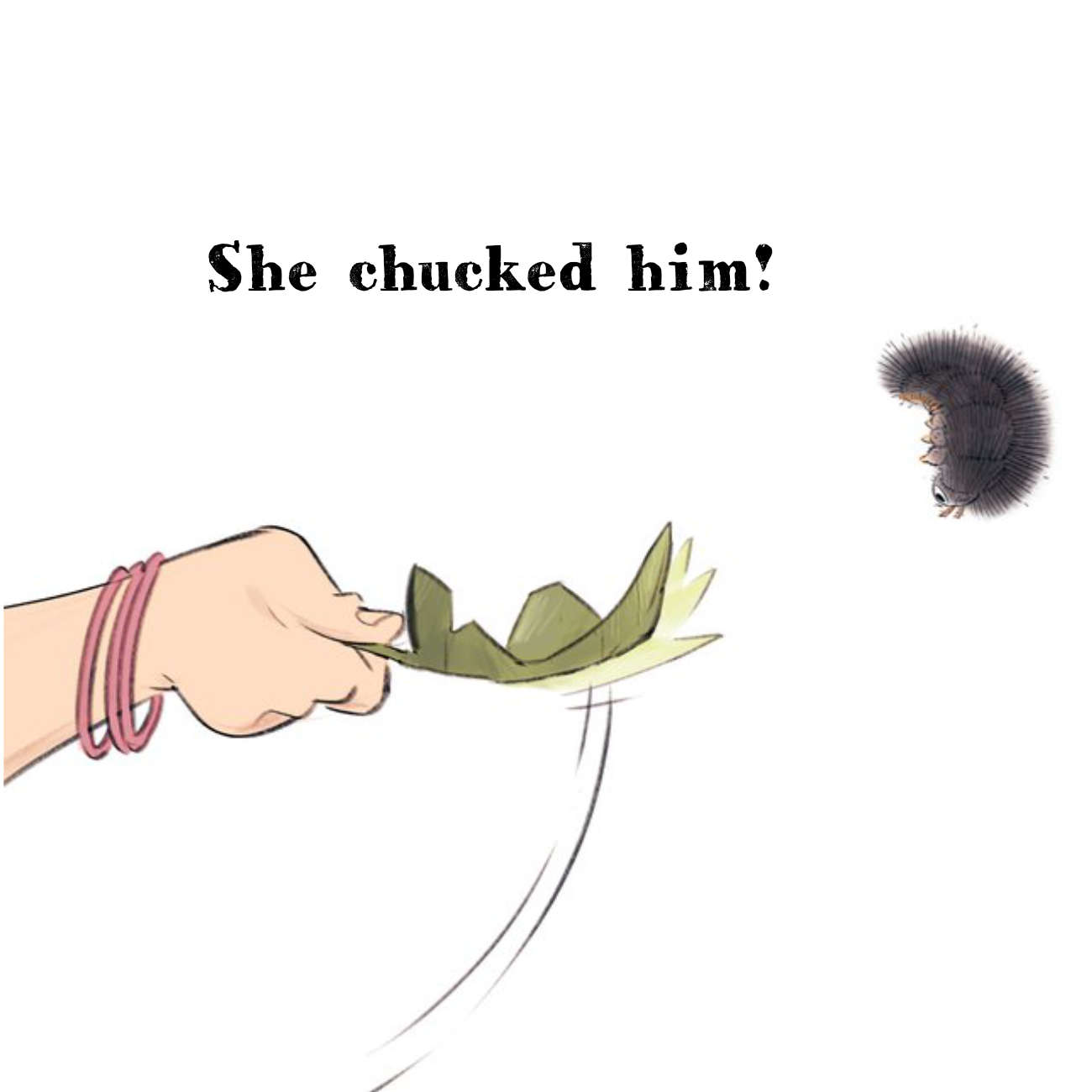 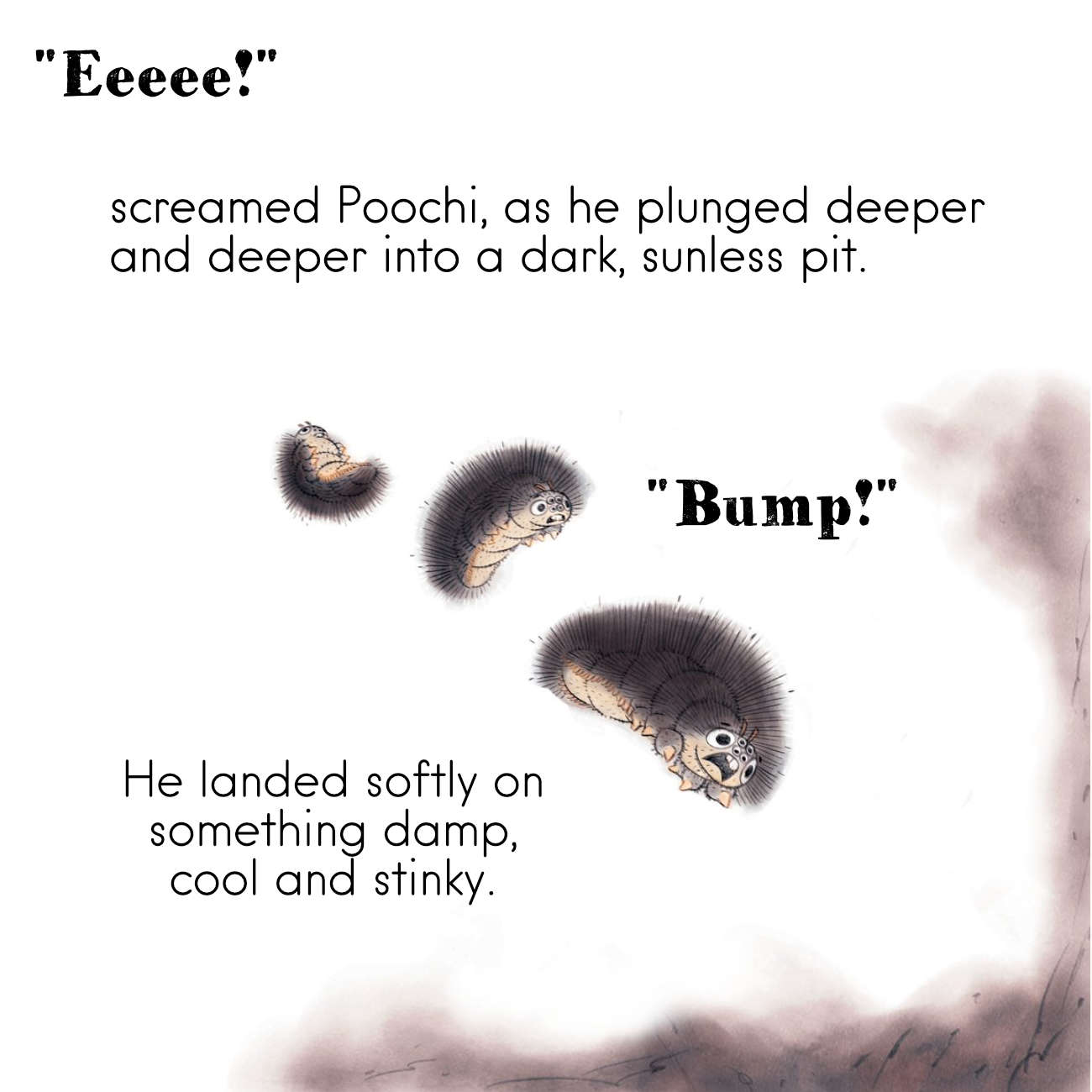 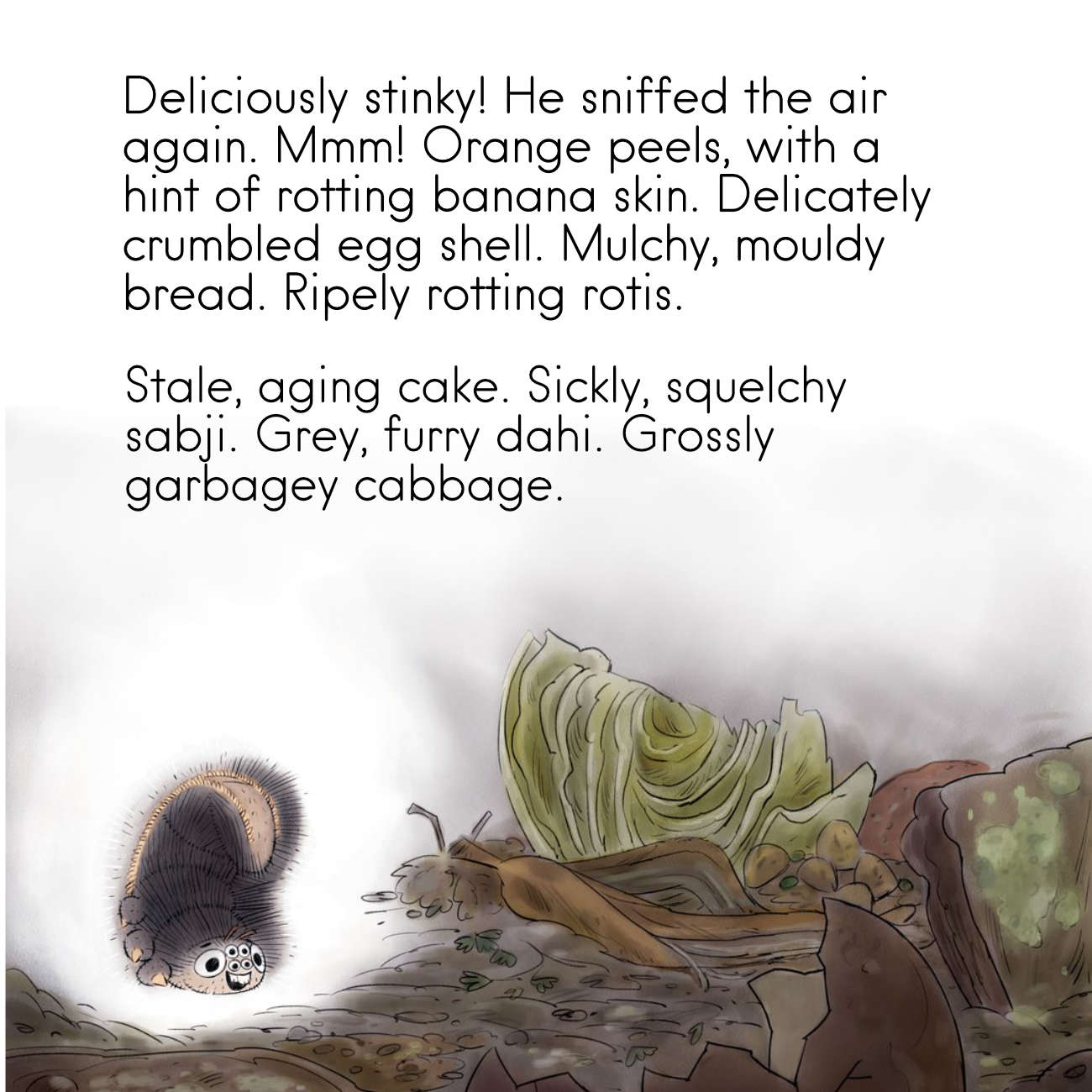 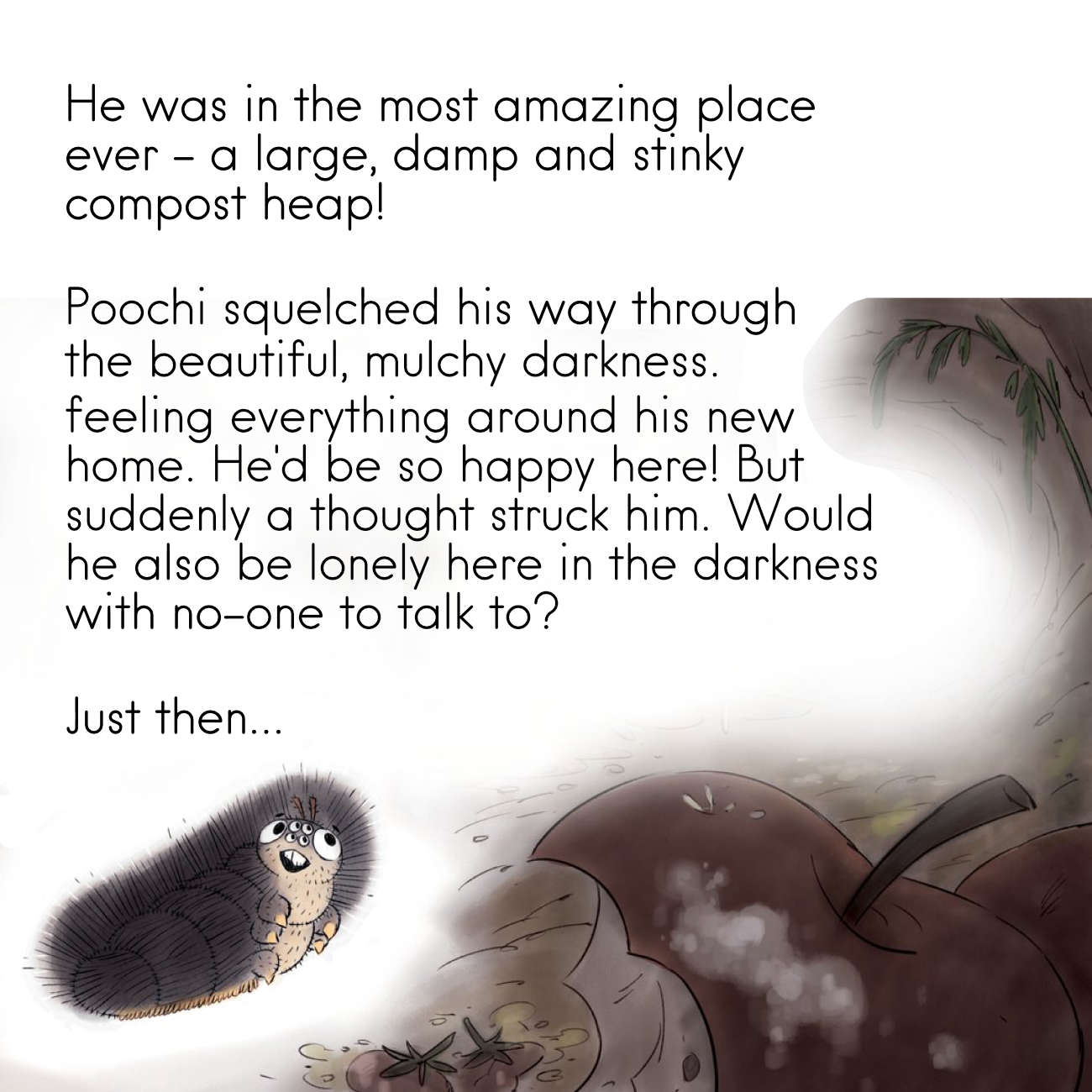 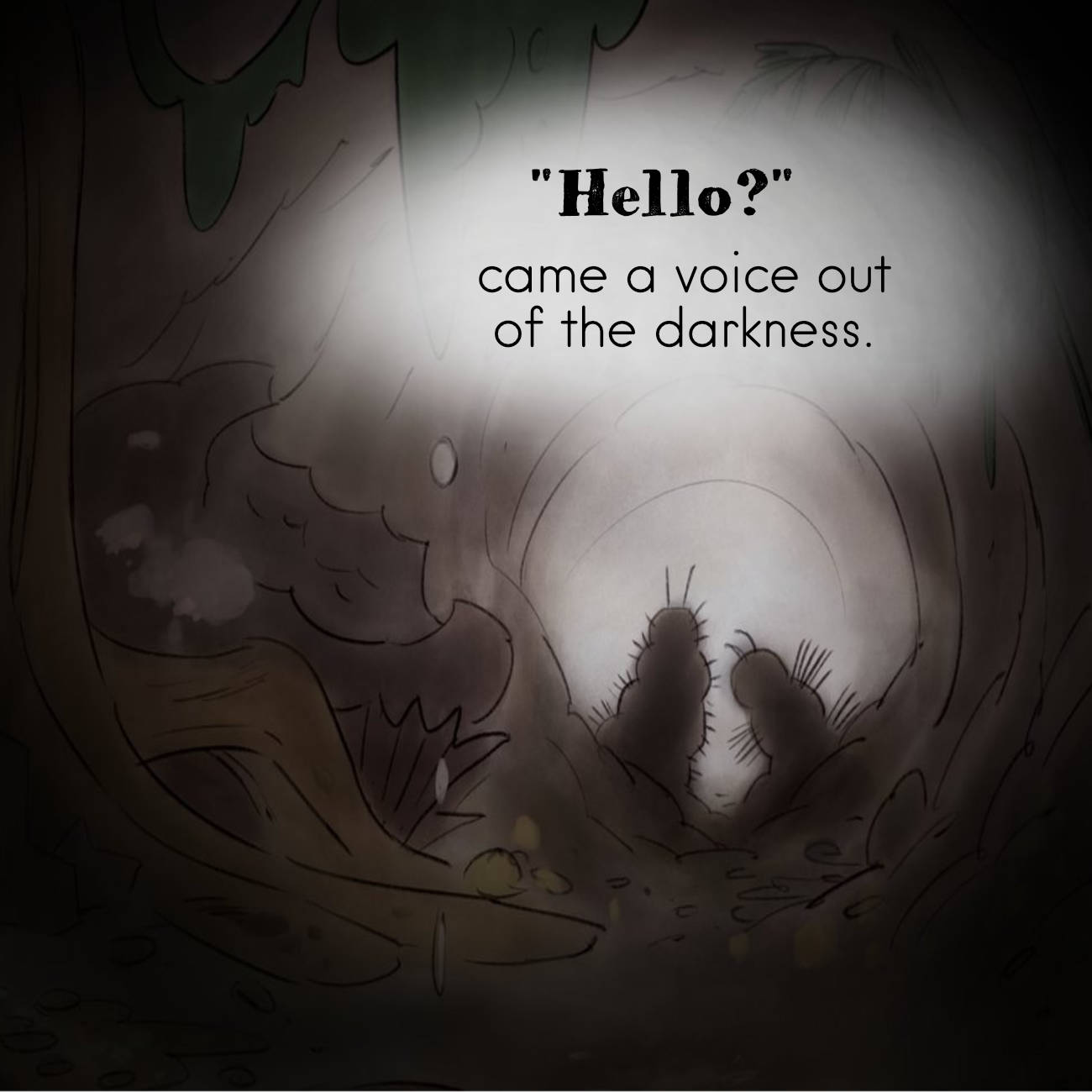 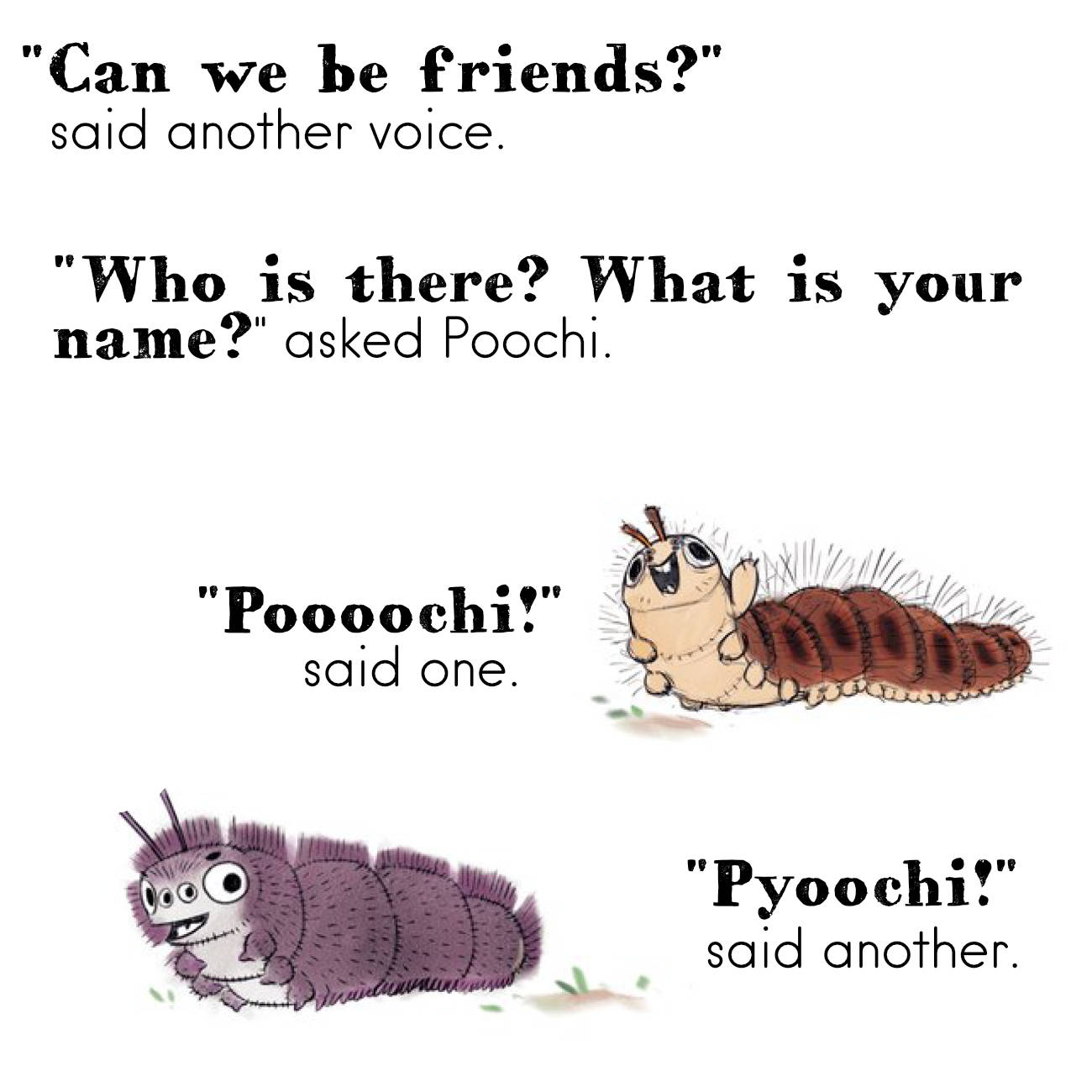 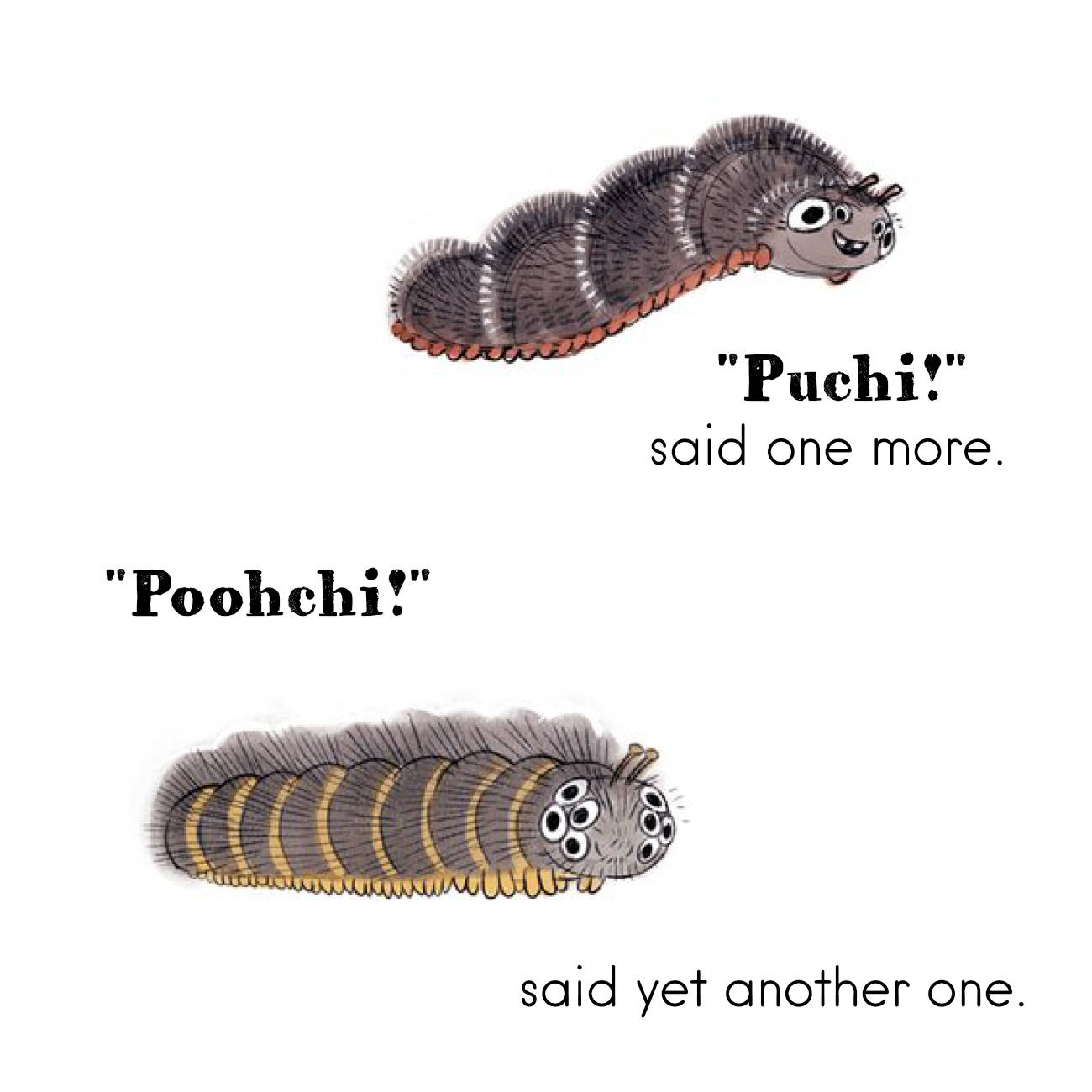 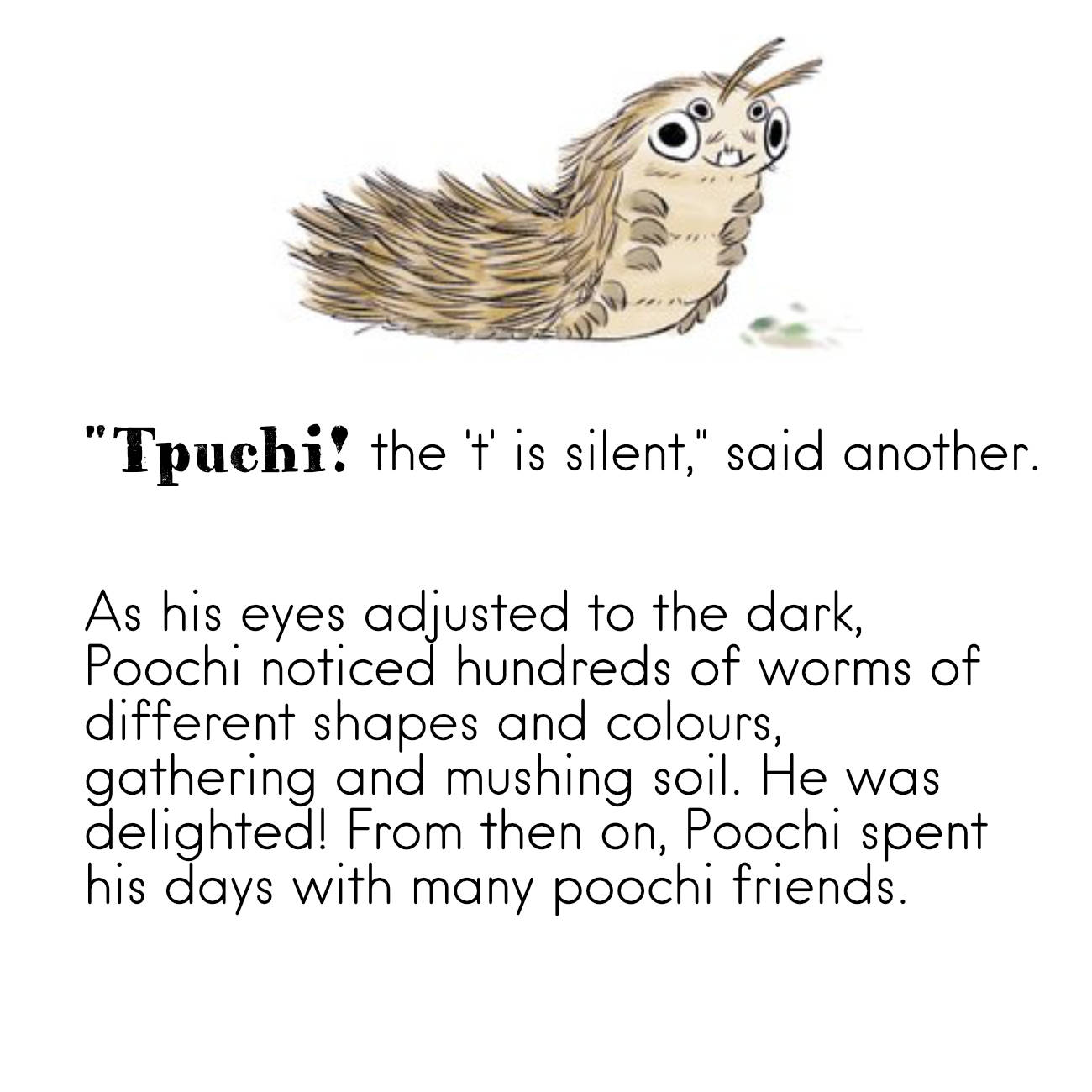 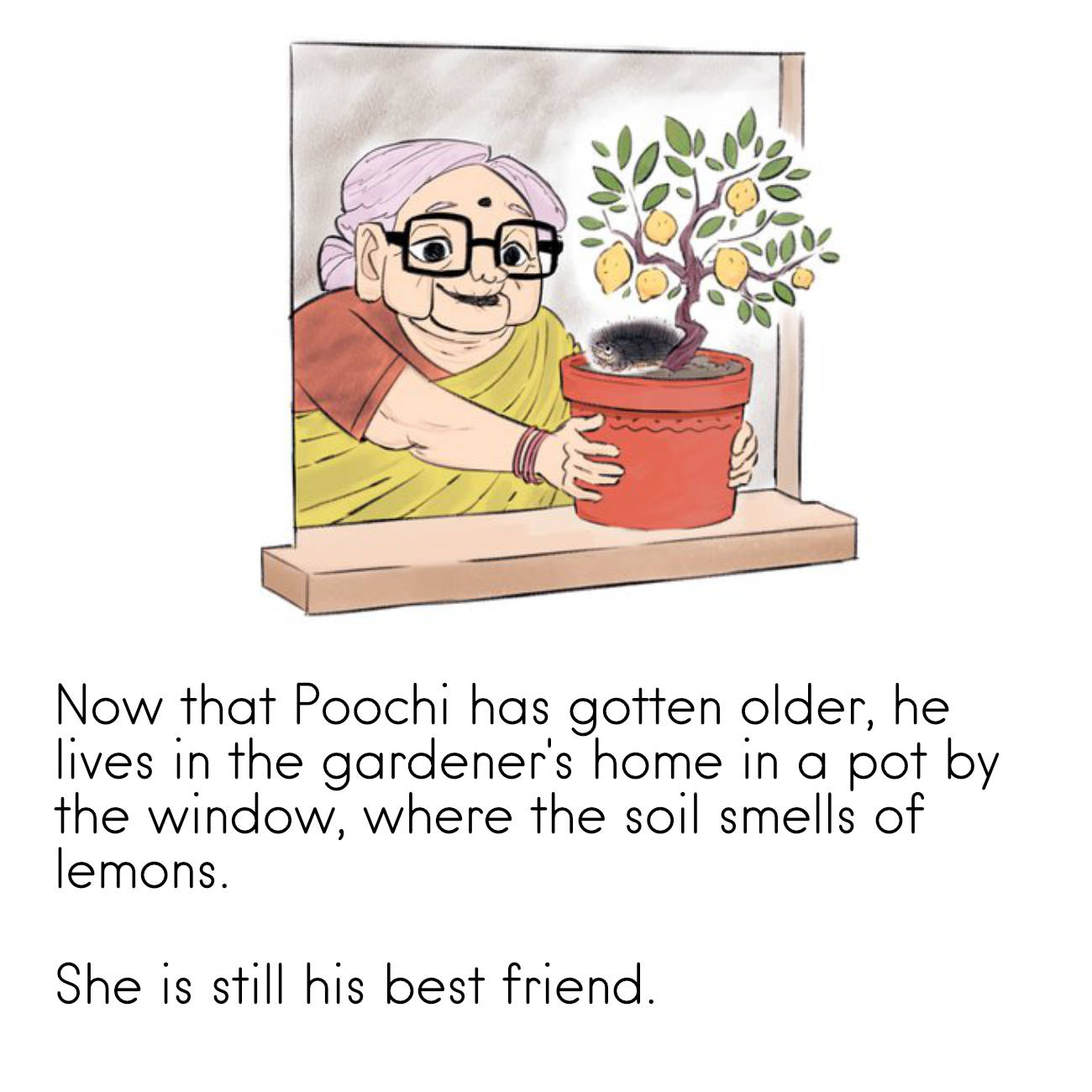 2. Some of the creatures Poochi tries to be friends with are not very nice to Poochi. Do you think you would have been Poochi’s friend if he said hello to you? Why or why not?

3. Poochi finally finds a group of friends and is happy. Why do you think friendship can make us feel less lonely?

A Friend for Poochi (English), written by Meera Ganapathi, illustrated by Rohit Kelkar, published by Pratham Books (© Pratham Books, 2021) under a CC BY 4.0 license, first released on StoryWeaver. Read, create and translate stories for free on www.storyweaver.org.in

* THE STORY ‘A FRIEND FOR POOCHI’ WAS CREATED BY PRATHAM BOOKS AND IS LICENSED UNDER A CREATIVE COMMONS -BY-4.0 LICENSE. FORMATTING CHANGES HAVE BEEN MADE TO THE ORIGINAL WORK FOR EASE OF READING ON OUR WEBSITE.