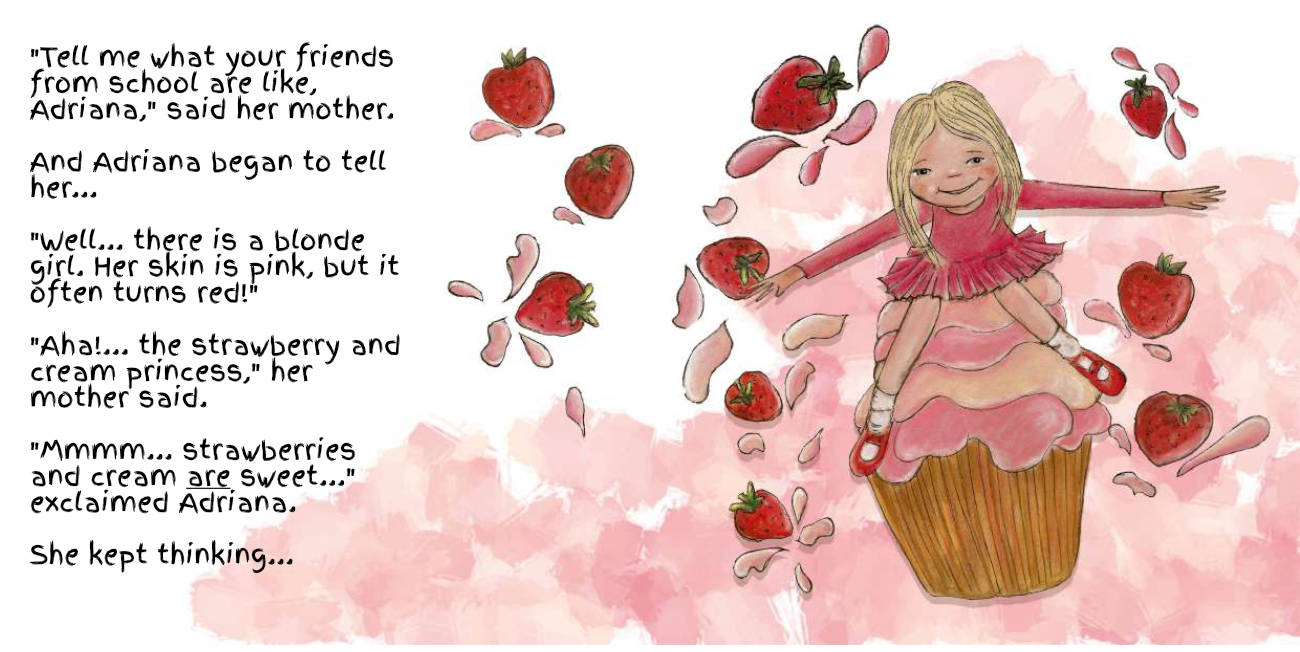 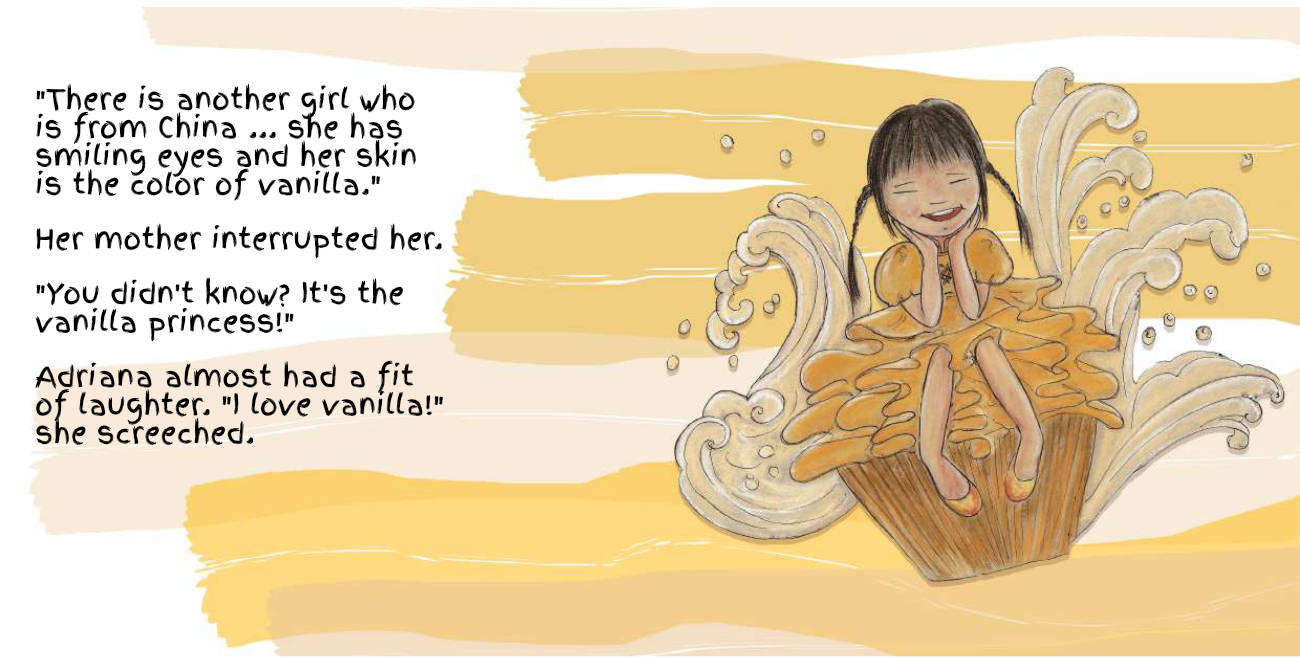 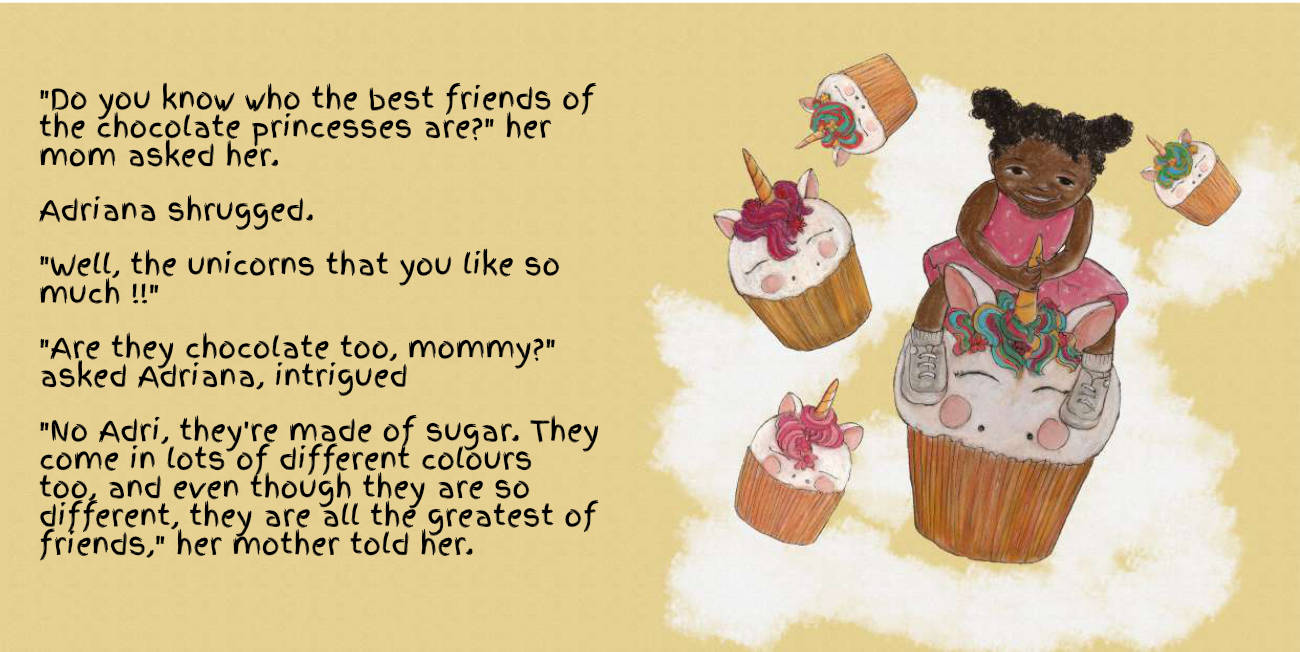 Poem for Kids written and illustrated by Macarena Smerdou

1. The children in this story are all different, but they are all sweet! What are some other ways in which you think children might be the same all over the world?

1. Has your grandmother or grandfather ever said a funny phrase that you didn’t understand? What was it? How did you find out what it meant?

About the Author Illustrator:

I really like to draw, especially children’s illustrations. When I found I was not getting enough story commissions, I decided to write my own stories. The first two “Carlota Doesn’t Like Yellow “and” Carlota’s Move” were published in 2005 by the Editorial Biblioteca Nueva. From there I have collaborated as an illustrator with several publishers, authors and magazines, but I have also continued to invent stories.

In 2009 I published, together with the author-illustrator Elena Dams “The Collection of Children’s Rights”, ten stories to explain to little ones their rights and those of other children. In 2014 I started my website www.macasmerdou.es dedicated to the design and illustration of personalized products. In 2016 I collaborated as an illustrator in the collection of short stories, “Los Secrets and Adventures of Posi,” by Cristina Ozores, edited by the Vellmarí association, with the collaboration of the Environment and Culture of the Consell Insular de Formentera, an educational project for the dissemination among the youngest of the importance of grasslands of oceanic posidonia in the marine ecosystem of the Mediterranean Sea.

Story therapy is my latest project. It consists of the creation of stories on request, for children who may have a problem, who may need assistance overcoming the circumstances of their life, or who simply want to be protagonists of their own story. I have recently launched my blog where you can see all the stories that I am doing for very special boys and girls. You can follow me here: www.cuentoterapia-macasmerdou.blogspot.es

Our Favourite Things To Do