The Guts boys all sat down to dinner one day. There was Toby Guts, Billy Guts, Andy Guts and Petey Guts. All four boys were excited because it was spaghetti night. Everyone in the family loved spaghetti. Spaghetti night was their favourite night of the week. 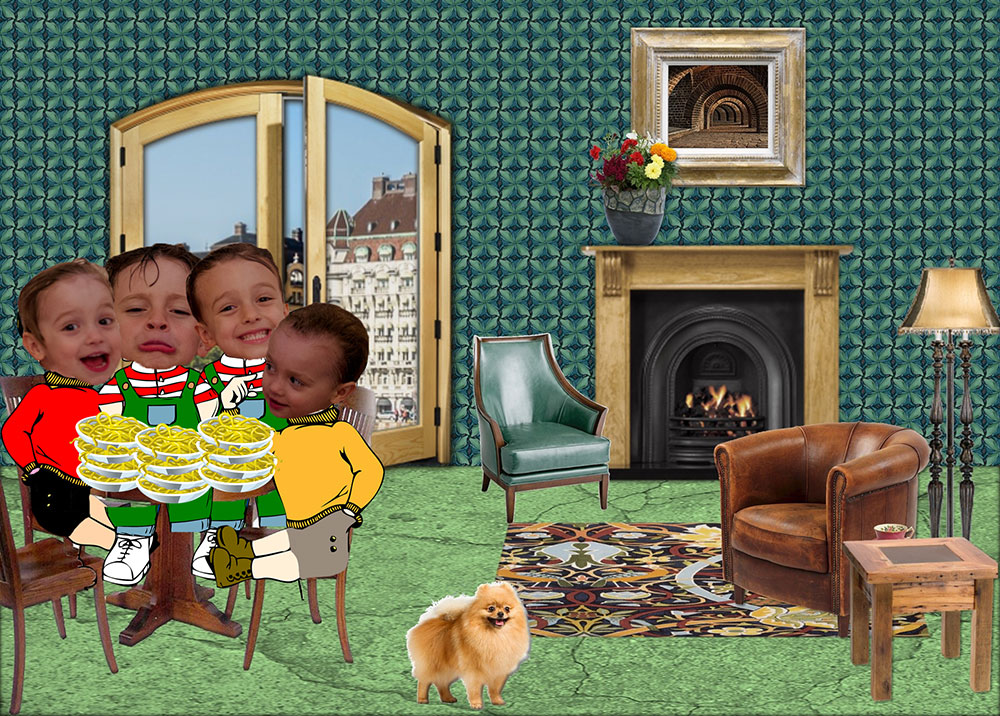 They all sat down at the table. Dad came out with the bread. Quick as a flash, Petey Guts jumped up and grabbed a piece of bread. Then he sat down again and started scoffing it so he could have a second piece before the spaghetti came out. 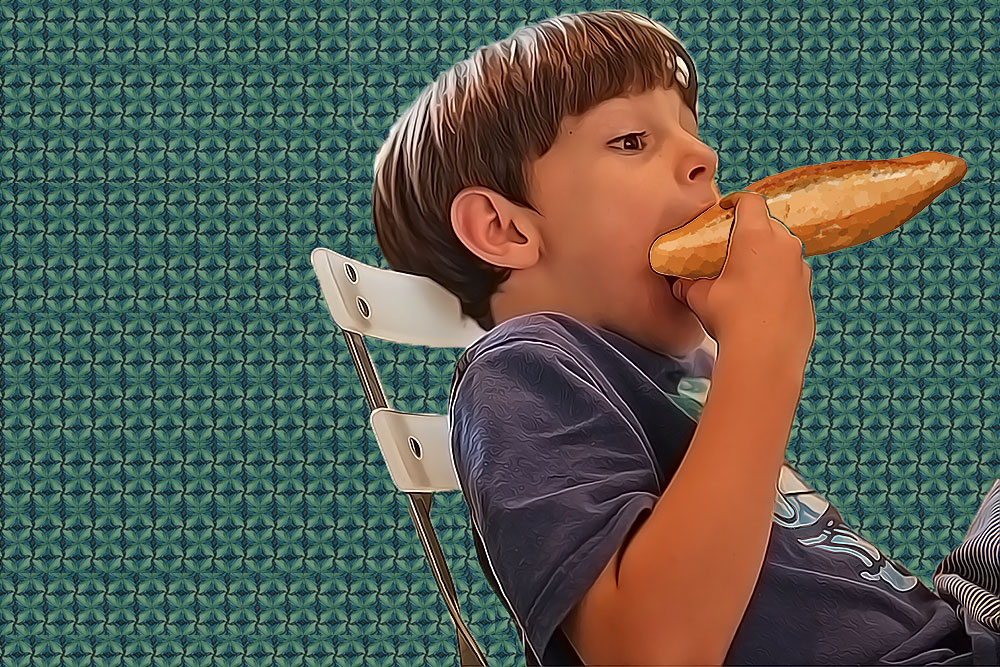 But Petey was too busy chewing and swallowing to notice that something had happened to his nose. 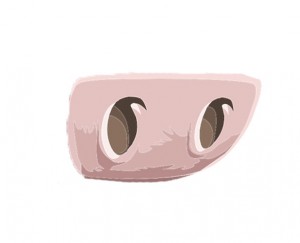 Mum came out next with the spaghetti.

“Yoohoo!” shouted all the kids. They all put their bowls out to be served.

Toby Guts didn’t worry about Petey pushing in. But he was worried about something that was happening with Petey’s skin. It had turned bright pink! 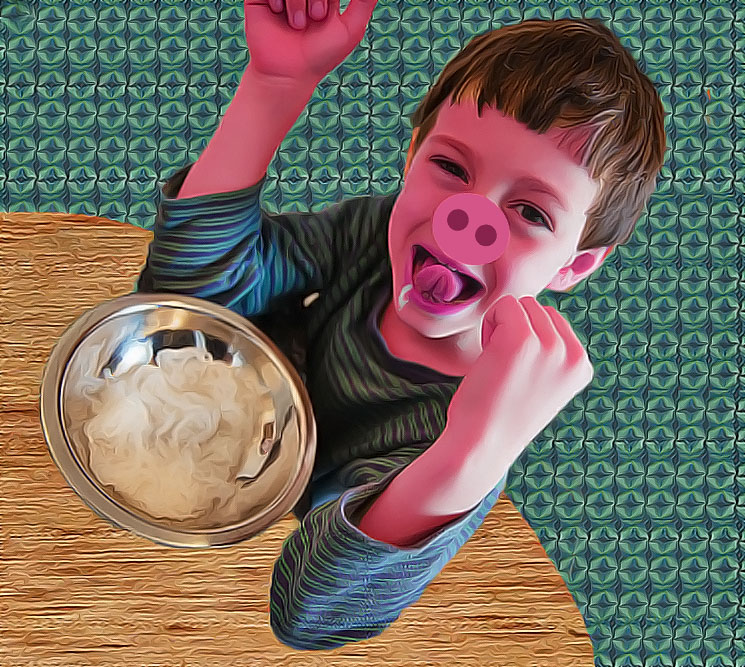 But Petey didn’t hear. He was too busy waving his bowl in front of Mum’s face to make sure he got the biggest serving he could.

Eventually everyone had their spaghetti. It was time to put on the tomato sauce. Petey took two spoonfuls instead of one, even though nobody else had had sauce yet.

“Petey, look at your eyes!” said Billy Guts. But of course Petey Guts couldn’t see his own eyes. And anyway, he was too busy chewing and swallowing to listen. 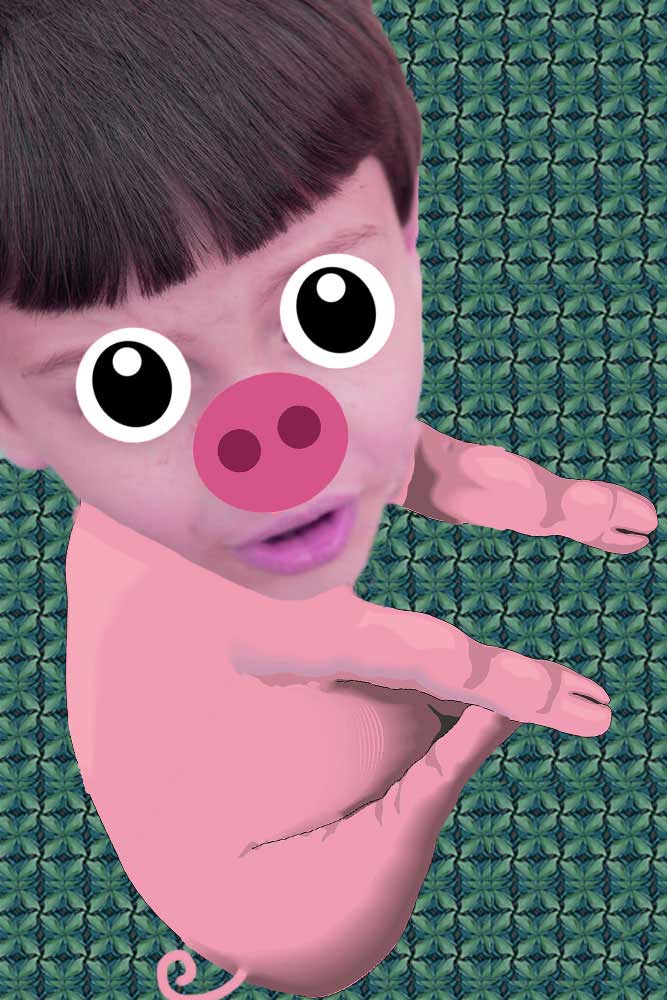 Just then, Petey realized that something was wrong. 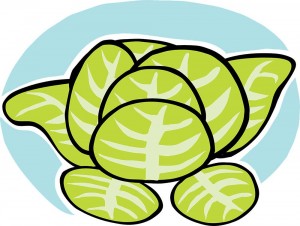 “We forgot to get the salad!” he cried. And then he leapt to his feet and ran out to the kitchen, so he could eat a few lettuce leaves before he brought the bowl out to the rest of the family.

“Petey!” said his family together. “You’ve got a TAIL!” And so he did. In fact, Petey wasn’t Petey Guts any more. He was actually a pig.

Petey couldn’t talk any more, but just gave a sad sort of snort, as if to acknowledge that he really had been a little greedy that spaghetti night. 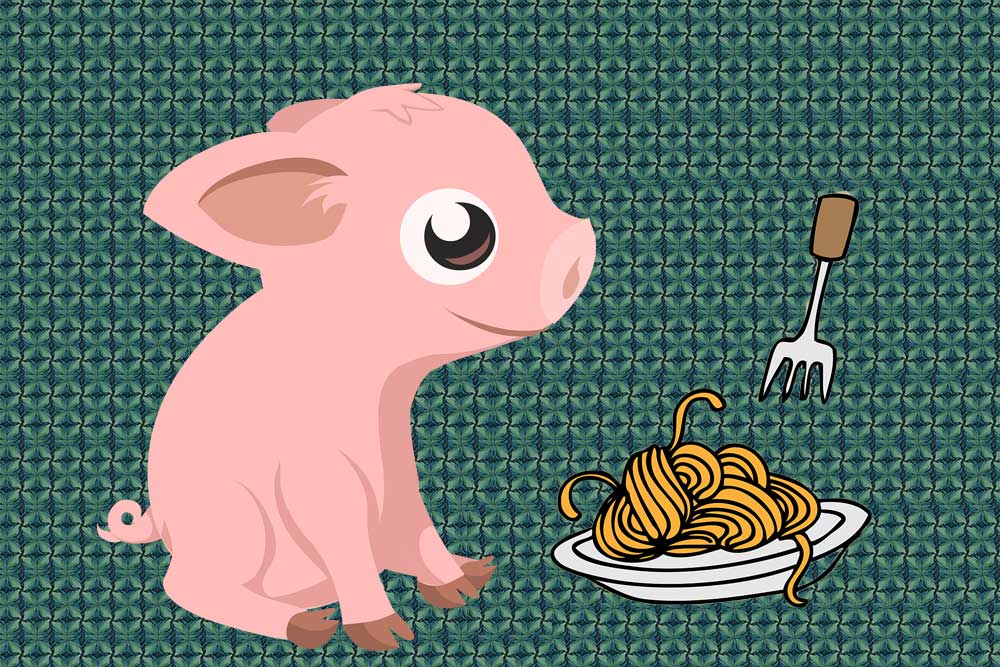 When it was dessert time, he let his brothers have first ice-cream scoops. His tail disappeared.

When it was time to put the chocolate sauce on the icecream, he only took one spoonful. His eyes went back to normal.

When there was a little bit left at the end of the dinner, he offered it to his Mum. His skin became boy-coloured once more. 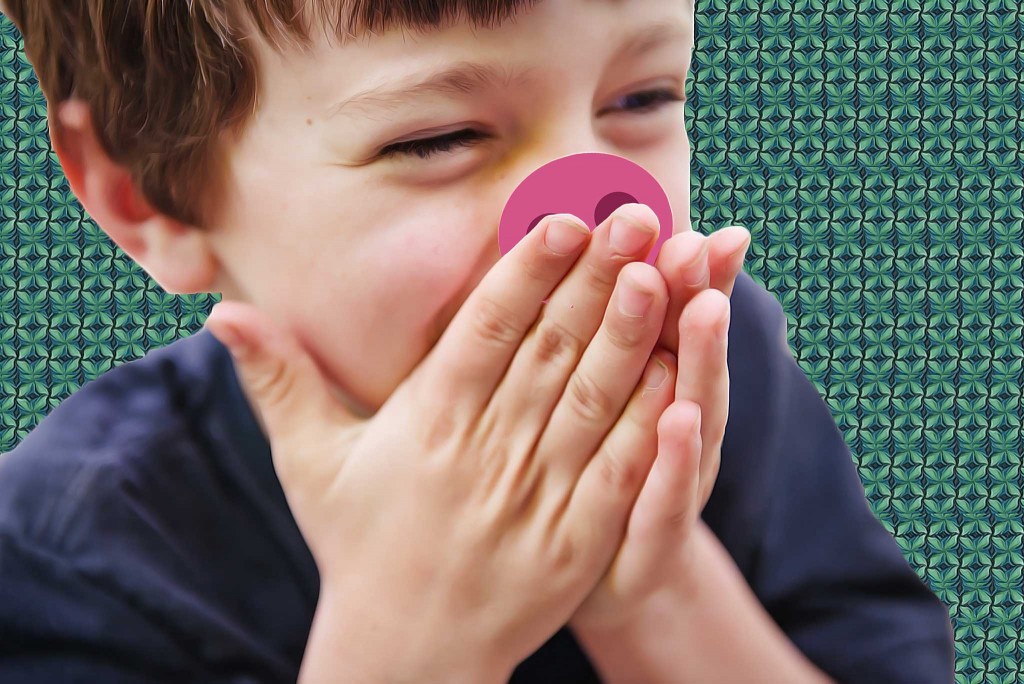 But Petey was left with a big pig nose in the middle of his face. How could he do something that wasn’t greedy, when dinner had all finished?

There was nothing left not to be greedy about, but he helped his Mum and Dad wash up, and that seemed to do the job. Petey Guts had his old nose back, and was a good old Guts once more.

A Petey Guts. But NOT a Greedy Guts! 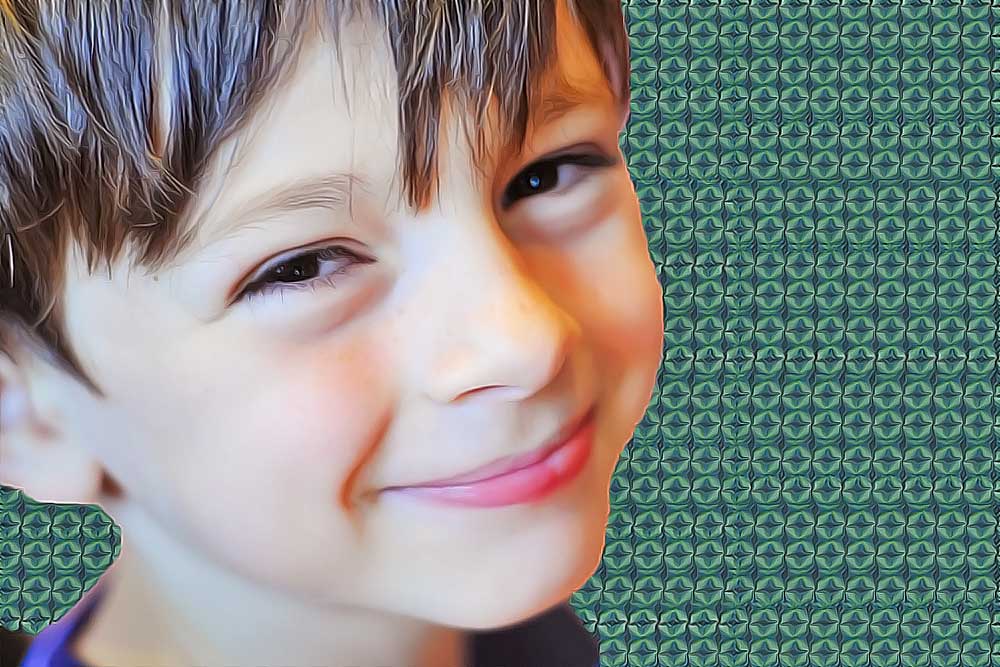 Illustrations by Jade Maitre with thanks to Pixabay

1. What would have been the good thing for Petey Guts to do when the food came out at dinner?

2. How might the dinner have been better if everyone ate with good manners?

3. Can you think of some ways that being greedy hurts others?

4. Can you think of some ways that being greedy hurts ourselves? 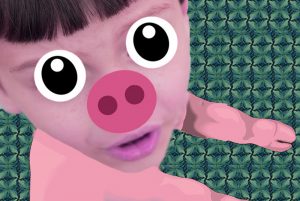 Petey Guts is a little bit greedy when it comes to spaghetti - until something terrible happens!

What Shall We Get Our Family For Christmas?