The city is a busy place in December. Everyone knows that! Everyone including Layla, Mia, Annie, and Isabella. They have been in the city for two years, and they know a lot about it! But one day, that all changed. That day when they were coming back from school, they saw a Phone store.

Annie was all about tech, so her friends knew that they would have to go into the store. When they went inside, everyone was surprised that Mia the artist was having fun at the store… in fact, she was having a blast! But when they went outside, it was snowing. They couldn’t see a thing!

That was terrifying for Isabella, the scaredy cat.

“We’re not lost!” said Layla, the over-confident one. “Just follow me,” she said.

So, they followed Layla for what seems like forever, and then it stopped snowing.

And just like that, Layla, Mia, Annie, and Isabella were in the middle of the forest with nowhere to go.

“Great…” said Annie “Now, I’m going to be late for my coding class!”

It was getting late, so they had to make a shelter.

So, they did what Isabella said, and went out to look. In 5 to 10 minutes, they had lots of stuff!

So, they did. Layla chopped some berries, Mia made a campfire, Annie made a shelter, and Isabella filled all the little holes in the shelter with leaves. And, after they had some berries, it was time to hit the hay!

“Make sure to sleep tight…” said Mia, “We have a long day ahead of us.”

As always, Annie with the first to wake up. But, when she woke up, she heard people.

“Yay…” she woke up everyone, and they all rushed to the voices. When they got there, they met a girl!

Tara did not say a word. Instead, she gave them a map. “This will help you.”

After the girls said bye to Tara, they followed the map, and soon after that, they saw the city. They ran home, and when they got home, all their parents had the same question for them…

And, the girls had a lot of explaining to do! 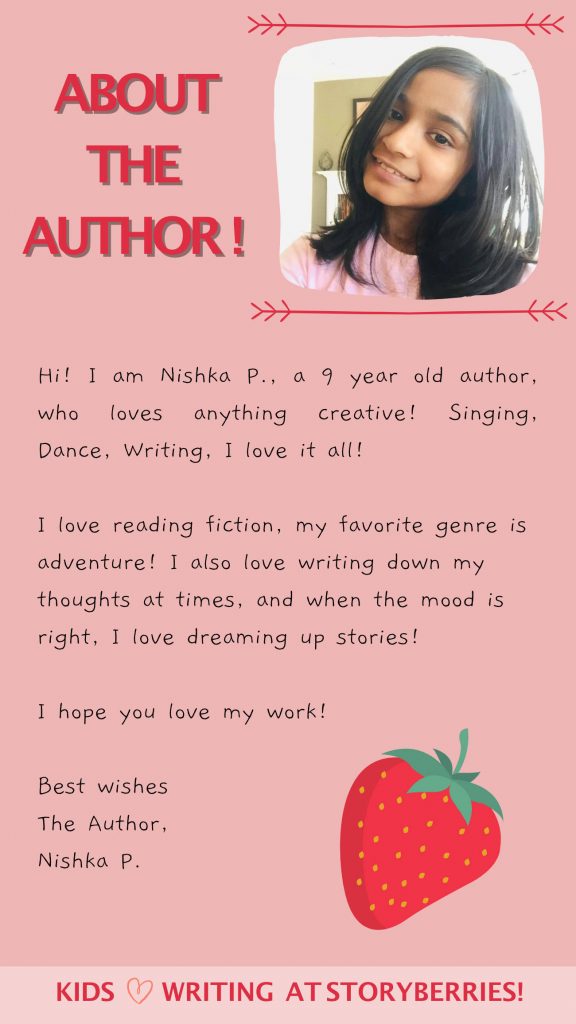