Monsieur le Dot worked in a circus in Paris. When it was circus time, he wore puffy yellow cuffs, red pants with grey stockings, shiny black shoes, and eleven brass buttons on his fine red coat. He also had a moustache with a little black dot above it. This is why everybody called him Monsieur Le Dot. 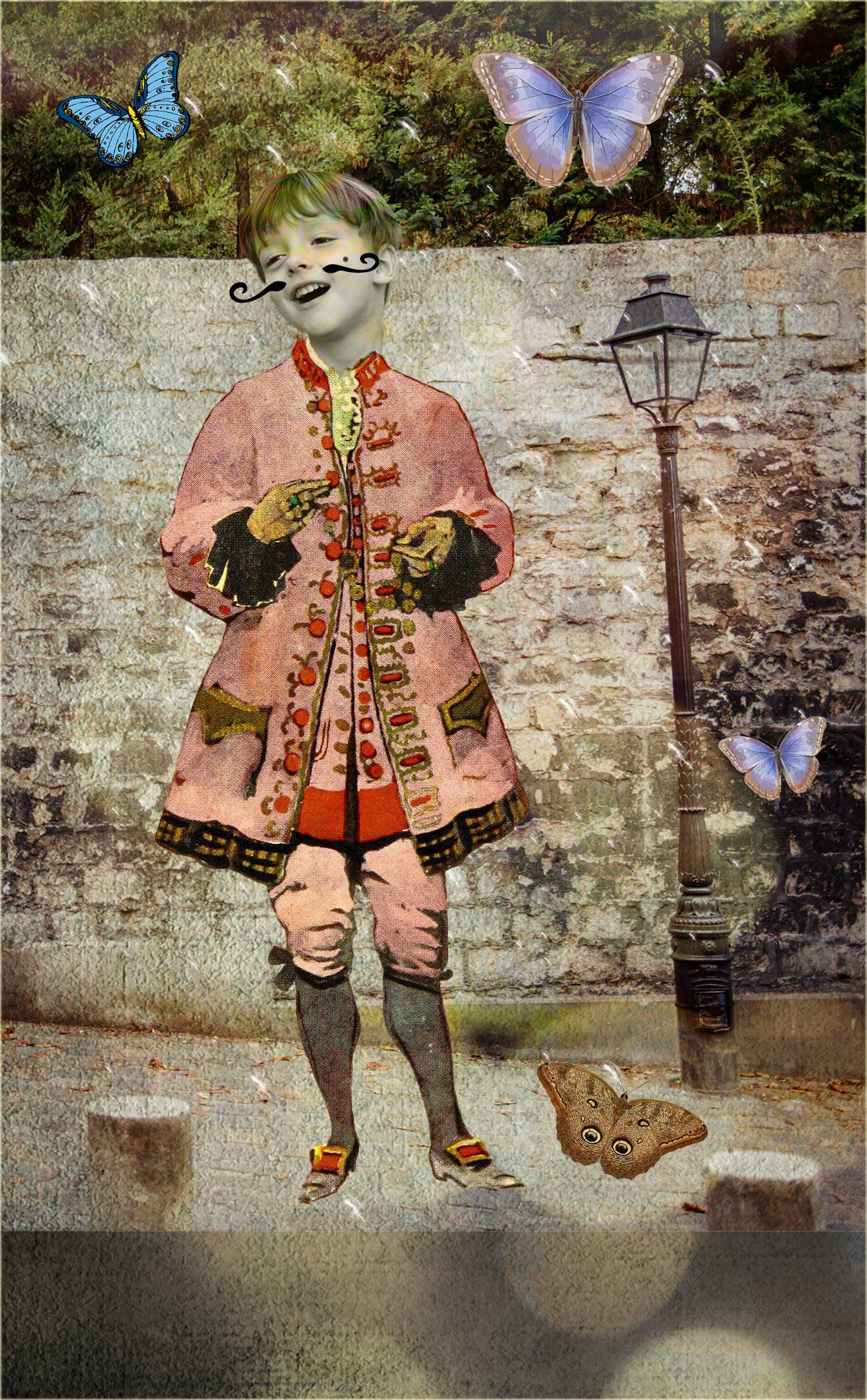 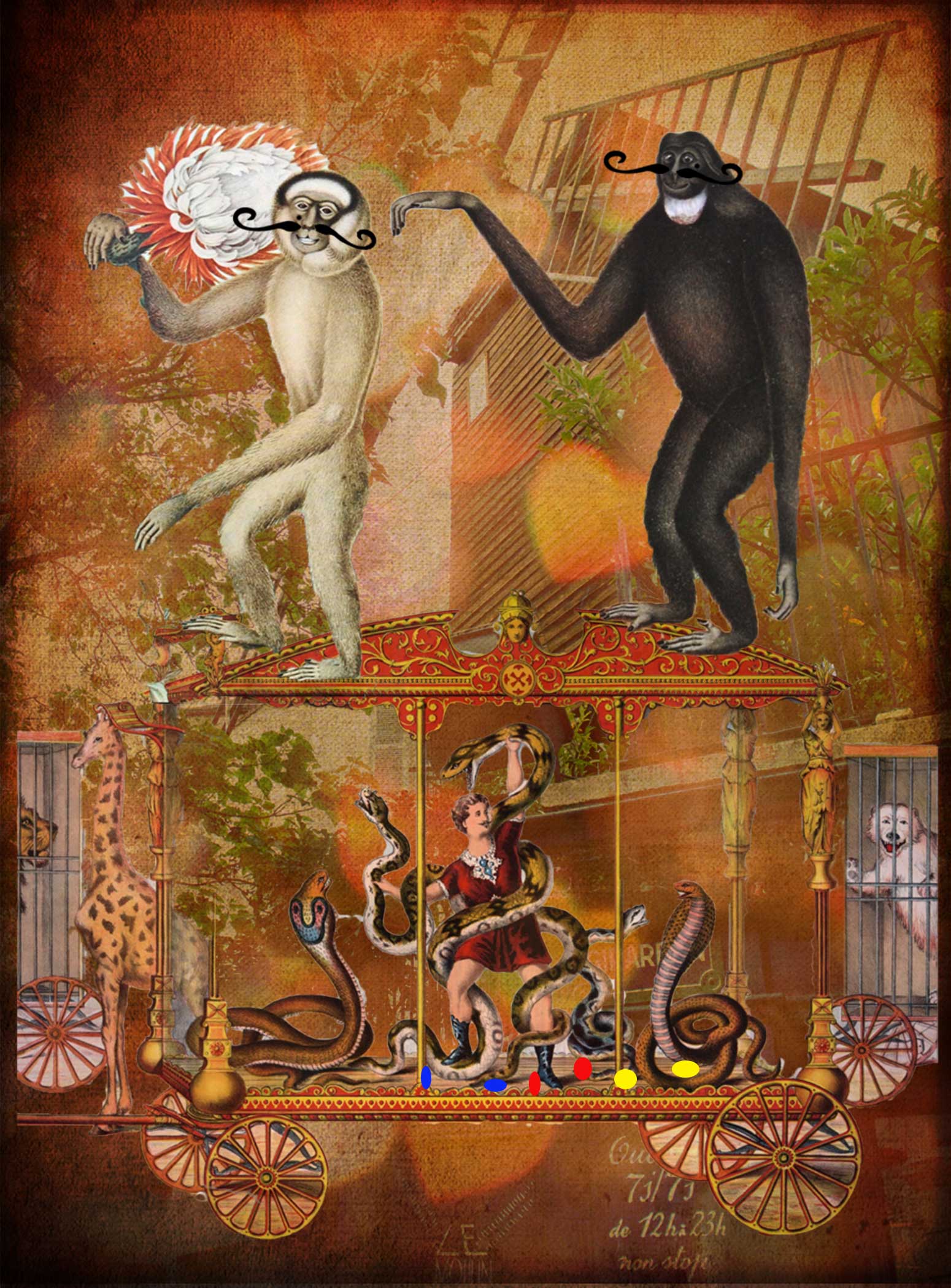 But everybody’s favourite was Elsa the Elephant. Elsa was very gentle. She had long eyelashes like tassels, and skin as wrinkly as the pages of a book that someone loves very much. She had a lovely slinky trunk that could cuddle you. She had big, beautiful toenails that were like enormous window panes. 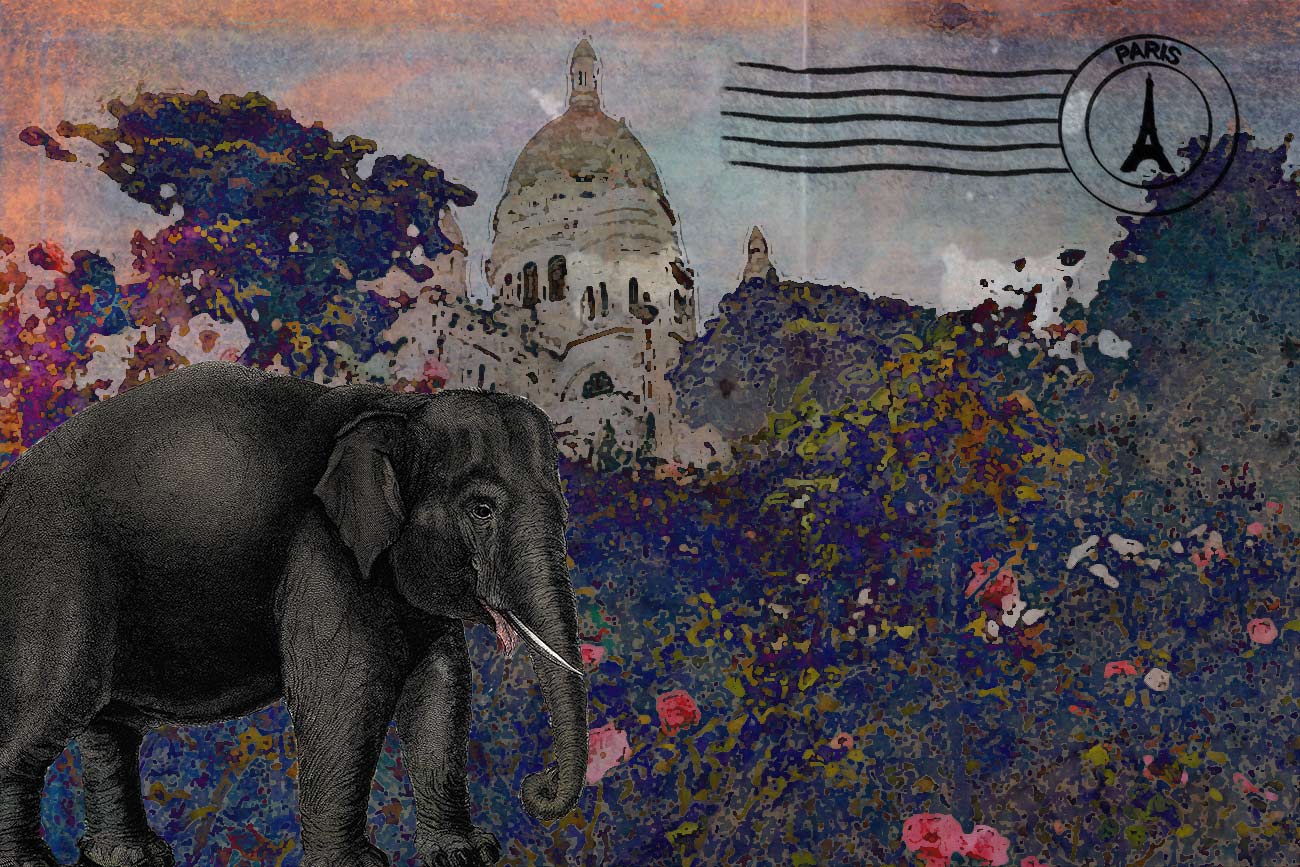 Everybody loved Elsa, but Monsieur Le Dot loved her best of all. They would eat baguettes together for breakfast. They would bicycle together around the hill of Montmartre. They would sit at the Sacre Coeur, talking for hours, as they watched the moon rise over Paris. 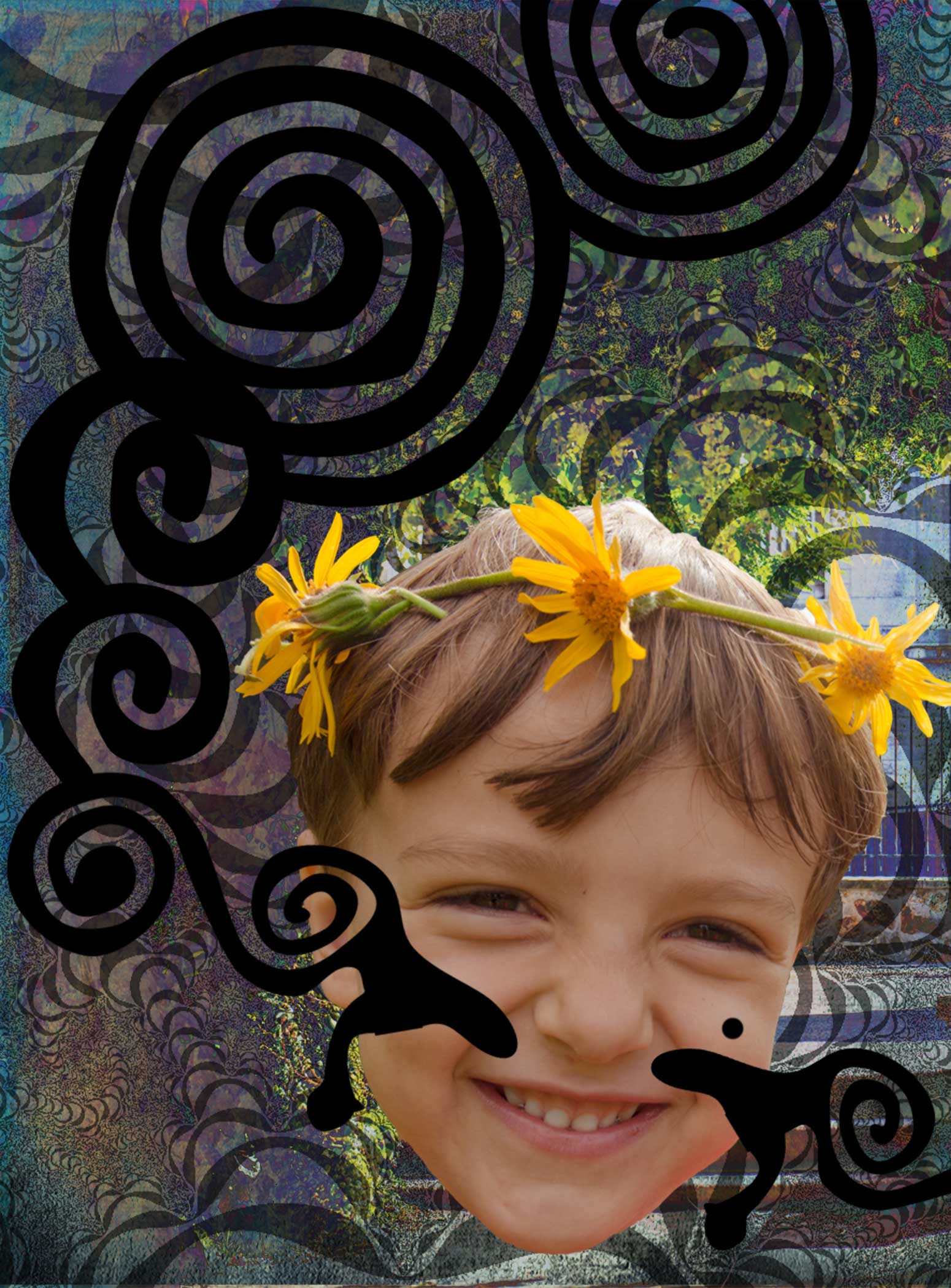 One day Elsa said to Monsieur Le Dot that she wanted to leave the circus. “My family is in Tanzania and I miss them,” she said. Monsieur Le Dot couldn’t say no to Elsa going home to Tanzania. He knew he would miss her, but he also knew she would be sad if she stayed. And because he loved Elsa so much, he didn’t want her to be sad. So Elsa took the aeroplane to Tanzania. Monsieur Le Dot waved her goodbye at the airport. 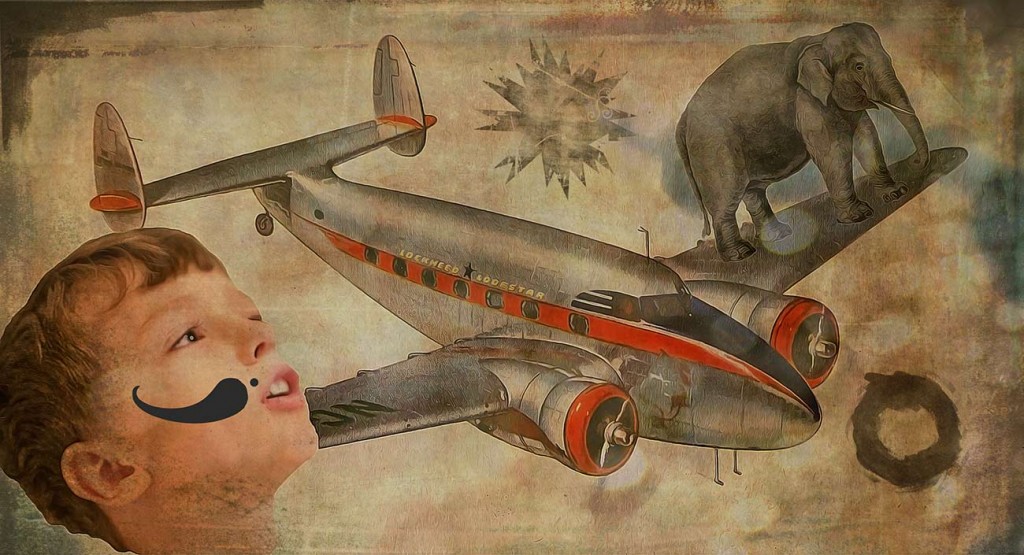 It wasn’t the same in Paris now Elsa had gone. Monsieur Le Dot had lost his smile. His dot drooped into his moustache. People didn’t ask where Elsa was. Instead, they began asking “why is Monsieur Le Dot so sad?”

One day the zebra who danced the can-can came to talk to Monsieur Le Dot. “We think you should find Elsa,” he said to the circus man. “I will stay behind and look after the circus. I will call it “Monsieur Le Stripe’s Circus”. 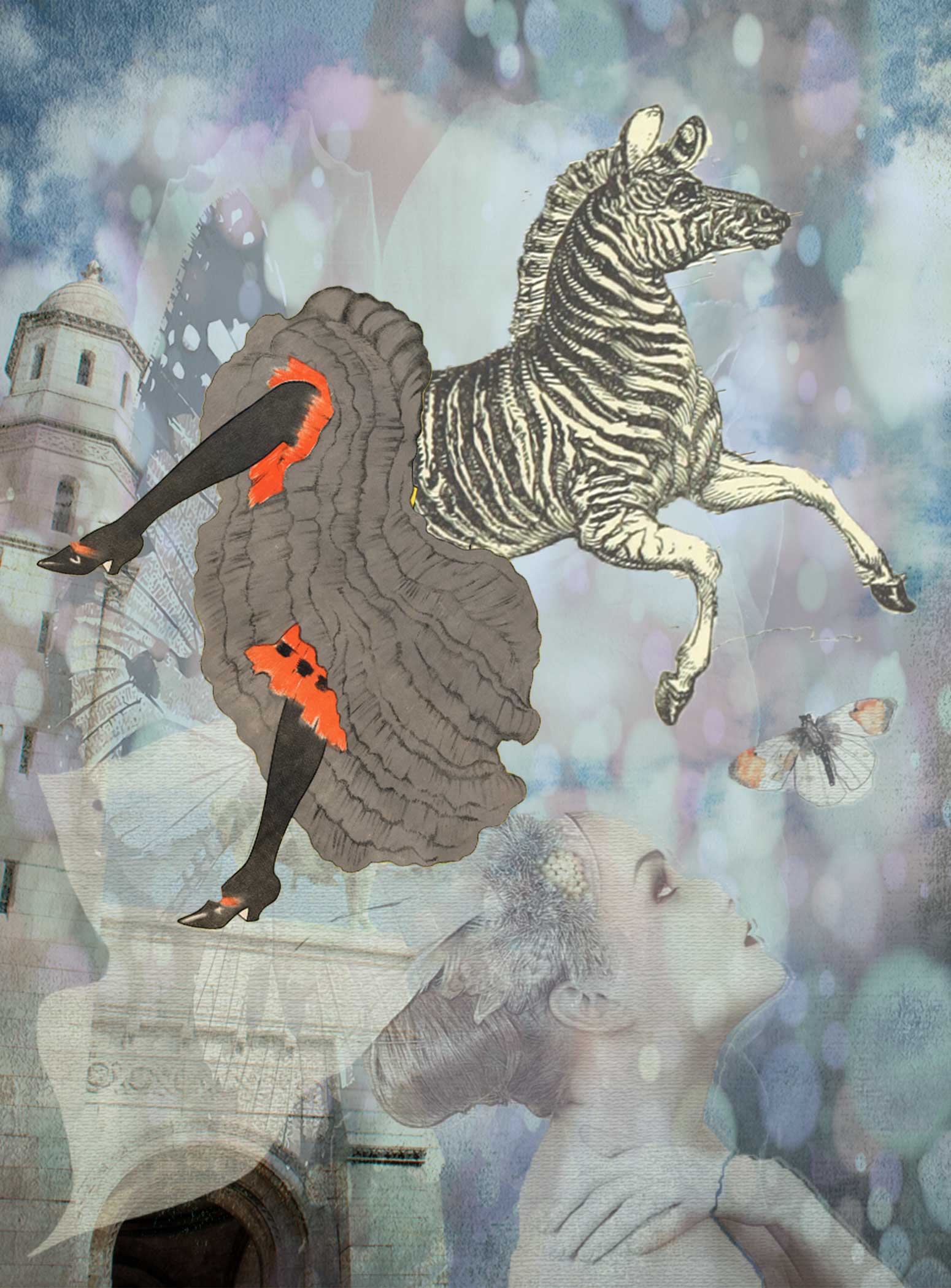 Monsieur Le Dot thought it was a very good idea. So he packed his suitcase and a few baguettes for Elsa. And his friends waved him off at the airport.

On the other side, in Tanzania, Elsa was waiting for him with a big smile on her trunk. Now that they were back together, life quickly became happy again for Monsieur Le Dot. He and Elsa ate plantain together for breakfast. They swam together in the ocean. They sat at Mount Kilimanjaro, talking for hours as the moon rose over Africa. 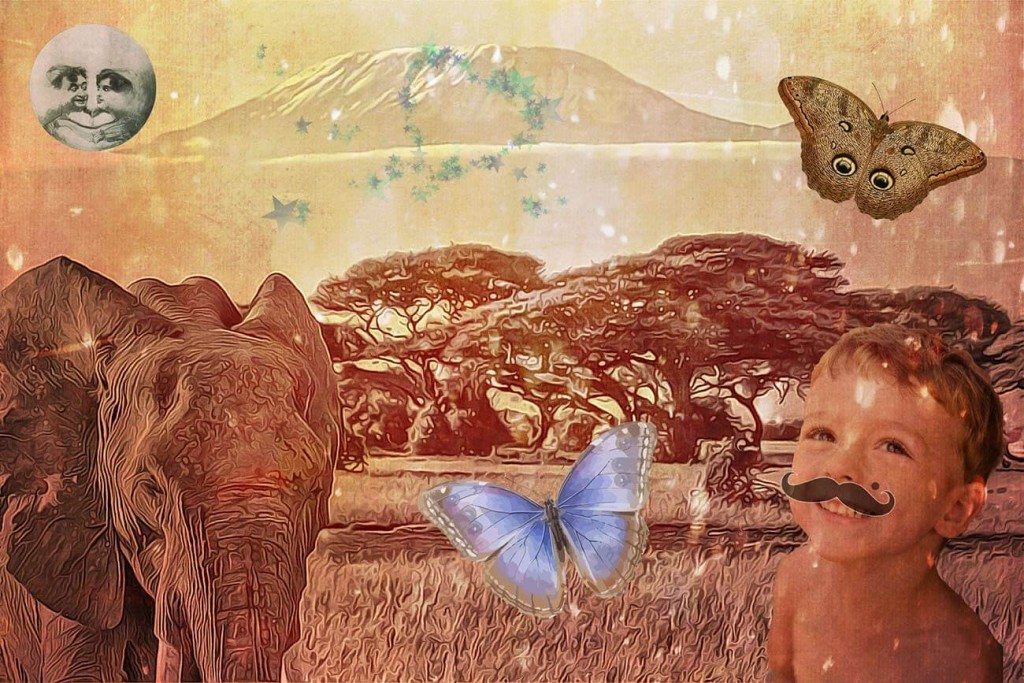 Monsieur Le Dot started a new circus for the people who lived in his new home, and everybody loved it. Then one day there was a knock on the door. All his old friends were standing there.

“We missed you in Paris,” they said. “Can we join your circus?”

And everyone was together again.

5th illustration of boy and plane uses elements from Fahrmboy-Stock on Deviant Art, with thanks.

1. Monsieur Le Dot knew that he would be sad if Elsa went home to Africa, but he said she could go anyway. Why did he say this?

2. Monsieur Le Dot and Elsa liked eating baguettes and plaintain, swimming, bicycling, talking, and watching the moon rise. What things do you like to do with your best friend? 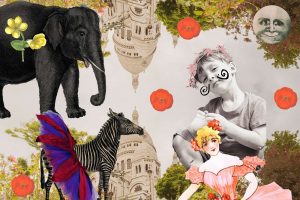 The tale of a friendship between a ringmaster and an elephant at a circus everyone loves.

The Cat Who Could Eat So Much

Squiff and the Birthday Surprise

The Spider and The Fly