The Marionettes recognize their brother Pinocchio, and greet him with loud cheers; but the Director, Fire Eater, happens along and poor Pinocchio almost loses his life.

Quick as a flash, Pinocchio disappeared into the Marionette Theater. And then something happened which almost caused a riot.

The curtain was up and the performance had started.

Harlequin and Pulcinella were reciting on the stage and, as usual, they were threatening each other with sticks and blows.

The theater was full of people, enjoying the spectacle and laughing till they cried at the antics of the two Marionettes.

The play continued for a few minutes, and then suddenly, without any warning, Harlequin stopped talking. Turning toward the audience, he pointed to the rear of the orchestra, yelling wildly at the same time:

“Look, look! Am I asleep or awake? Or do I really see Pinocchio there?”

“It is! It is!” shrieked Signora Rosaura, peeking in from the side of the stage.

“Pinocchio, come up to me!” shouted Harlequin. “Come to the arms of your wooden brothers!”

At such a loving invitation, Pinocchio, with one leap from the back of the orchestra, found himself in the front rows. With another leap, he was on the orchestra leader’s head. With a third, he landed on the stage.

It is impossible to describe the shrieks of joy, the warm embraces, the knocks, and the friendly greetings with which that strange company of dramatic actors and actresses received Pinocchio.

It was a heart-rending spectacle, but the audience, seeing that the play had stopped, became angry and began to yell:

The yelling was of no use, for the Marionettes, instead of going on with their act, made twice as much racket as before, and, lifting up Pinocchio on their shoulders, carried him around the stage in triumph.

At that very moment, the Director came out of his room. He had such a fearful appearance that one look at him would fill you with horror. His beard was as black as pitch, and so long that it reached from his chin down to his feet. His mouth was as wide as an oven, his teeth like yellow fangs, and his eyes, two glowing red coals. In his huge, hairy hands, a long whip, made of green snakes and black cats’ tails twisted together, swished through the air in a dangerous way.

At the unexpected apparition, no one dared even to breathe. One could almost hear a fly go by. Those poor Marionettes, one and all, trembled like leaves in a storm.

“Why have you brought such excitement into my theater;” the huge fellow asked Pinocchio with the voice of an ogre suffering with a cold.

“Believe me, your Honor, the fault was not mine.”

“Enough! Be quiet! I’ll take care of you later.”

As soon as the play was over, the Director went to the kitchen, where a fine big lamb was slowly turning on the spit. More wood was needed to finish cooking it. He called Harlequin and Pulcinella and said to them:

“Bring that Marionette to me! He looks as if he were made of well-seasoned wood. He’ll make a fine fire for this spit.”

Harlequin and Pulcinella hesitated a bit. Then, frightened by a look from their master, they left the kitchen to obey him. A few minutes later they returned, carrying poor Pinocchio, who was wriggling and squirming like an eel and crying pitifully: 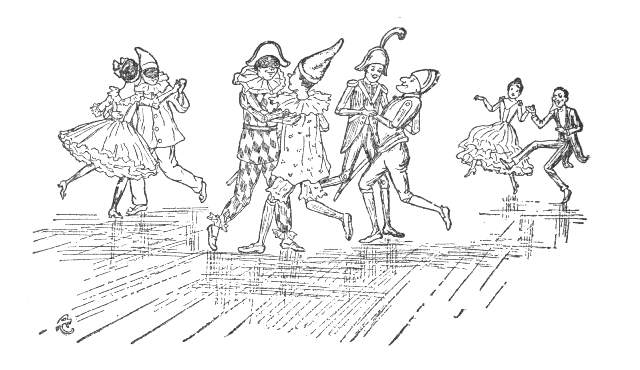 The Princess and the Goblin – Chapter 19