Once upon a time, not so long ago, there lived a brave girl called Robyn. Robyn was a princess, and lived in a castle in the village of Witsworth, with her parents (who were King and Queen but rarely used their royal titles), her brother (Prince Noah), and Nacho, her best friend and ginger cat sidekick. 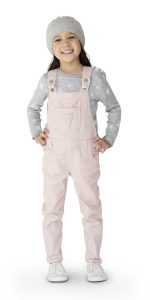 One morning Princess Robyn was helping Nacho with his breakfast.

“Would you like biscuits Nacho?” Nacho meowed loudly, meaning yes, and wrapped himself around Robyn’s legs. Breakfast was Nacho’s favourite meal of the day, and by coincidence, it was also Robyn’s.

As Robyn poured the biscuits into Nacho’s fish-shaped dish, she caught a whiff of them. They smelled delicious! She licked her lips and reached for one of them, but Nacho nudged her with his paw and meowed again.

Robyn glanced at him. He was right, they were his snacks, and Nacho never took her food.

“Okay Nacho, here you go!” she said brightly, and watched Nacho tuck into his tasty meal.

Once they had both eaten, it was time to get dressed. Nacho sat beside Robyn as she chose her outfit for the day.

Just as Robyn reached for a pair of mustard leggings, she heard a huge ROAAARRRR!

The castle shook a little and Nacho ran and hid under the bed. Princess Robyn frowned and pulled on her leggings, then marched to the window to look out. What on earth was that noise?

Immediately she saw the culprit. There, in the misty morning sun, sat a dragon, overlooking the village. He roared again, and the townspeople scattered into their houses, hiding.

Robyn put her hands on her hips and frowned. A dragon would ruin all of her plans for the day! She had been so looking forward to seeing the horses at the stables. This would not do!

“Nacho! Are you going to come and talk to this dragon with me?”

Nacho let out a short, sharp meow that sounded very much like a ‘No’.

“Okay,” said Princess Robyn, nodding. “I can see that you’re scared. I’m scared too – but I’m not going to let a dragon ruin everyone’s day.”

Robyn pulled on her boots and walked out of her room, through the castle, and out of the front door.

As soon as she stepped outside she felt the hot breath of the dragon on her skin. There he was, roaring loudly into the sky, the noise shaking the windows of all of the houses. There was absolutely nobody to be seen – everyone was hiding apart from Princess Robyn. ​

“Excuse me!” Robyn shouted, walking toward the dragon with purpose. He stopped mid roar and stared at her in surprise.

“Are you talking to me?” he said, glancing around him. 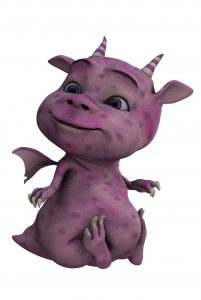 “Yes!” said Princess Robyn crossly. “Why are you making so much noise?  You’ve frightened everyone away!”

The dragon blinked at her, and then looked around him at the village. Then, Robyn noticed something different about the dragon…he was crying. A long, wet, tear dropped from the corner of his eye and landed in a huge puddle beneath him.

Robyn stepped closer to him. “Are you okay?” she asked.

The dragon sniffed loudly, and shook his gigantic scaly head. “No.  I didn’t get any sleep last night.  I have a terrible toothache and I was hoping that someone in the village might be able to help me, but everyone is afraid of me… except you.” 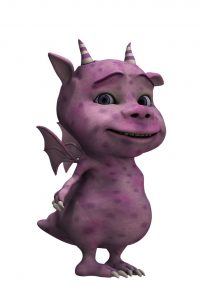 Robyn smiled kindly. “Well, that’s just because of the noise you were making. I can organise a dentist to help you, but you must understand that people don’t like big noises.”

“I understand. Thank you for being smart enough to see that I was only in pain, and brave enough to come and talk to me.”

Robyn nodded, and strode over to the dragon, patting him on one of his large toes.

“Don’t worry. We’ll fetch some ladders and the dentist, and you’ll be back to your usual self in no time at all.”

Princess Robyn did just that. She visited all the local hardware shops and encouraged the owners to come out with their ladders. Then, she visited the dentist, and asked for help with the dragon’s tooth.

The townspeople were very nervous at first, but Robyn explained to them kindly that the dragon was only grumpy because he was in pain, and that everyone needed help sometimes, regardless of size.

The townspeople listened to her and pulled back their shoulders, doing their best to be as brave as the princess.

Together, they encouraged the dragon to lie down. Once the ladders were secured, the dentist was able to climb up them and hop into the dragon’s mouth to see what the problem was.

It was a large piece of hedge stuck between two of his huge teeth! The dentist popped her head out of the dragon’s mouth and shrugged.

“I’m afraid that I don’t have any equipment big enough to remove this!” she said.

Robyn thought for a moment, and then had a bright idea.

“Somebody fetch the fire service! They have hoses that are big and powerful, and they’ll have no problem spraying the hedge out of the dragon’s teeth!”

Princess Robyn was quite right, and the hose did just the trick. Once the hedge had been removed, and everyone was back on the ground, the dragon sat up and purred with delight. His purr sounded just like Nacho’s!

“Thank you so much Princess Robyn,” said the dragon in relief, “I can’t tell you what a difference you’ve made. The village of Witsworth is lucky to have a princess as thoughtful, brave, and smart as you.”

Robyn smiled. She was just relieved that the dragon was feeling better, and that the townspeople were able to go on enjoying their day.

And that of course, included her. Now she could visit the horses in the stable yard, and feed them carrots for dinner. 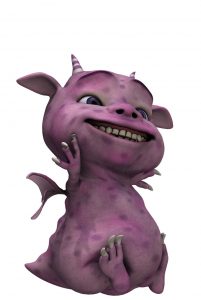 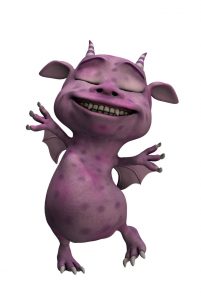 Illustrations from Pixabay and Rawpixel, with thanks.

1. Why did Princess Robyn investigate why the dragon was making such a noise?

2. Do you think you would have done the same? Why or why not?

3. Why did Princess Robyn decide to help the dragon?

4. How did Princess Robyn’s caring help the city to solve its dragon problem? What do you think this might say about helping others? 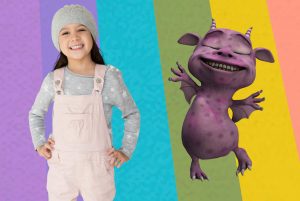 A brave girl called Robyn decides to investigate when a dragon is terrorising a village.

More Of Me To Love