We all know Santa’s sleigh. Most of the pictures are just right –big, shiny red, sparkles and sleigh bells, golden sled runners AND gold reins for the reindeer.

BUT what you don’t know is that Santa always takes one of the workshop elves with him. The workshop elf has two jobs- making sure that the right parcels are in Santa’s sack AND to be ready with a hammer or a nail or a bit of magic dust if something goes wrong with the sleigh. It shouldn’t, of course, but you never know! Last year, I think it was last year, the golden sled runners were pulling far too right, slowing the sleigh down. It doesn’t happen often, but they had to make a quick repair stop. Last year it was Edwin Elf on sleigh duty, and he knew exactly what to do. “The sled runner on the left has to be shaved a tiny bit, so that they are both exactly the same.” “Do you have the tools?” Santa asked. This was slowing him down a lot. 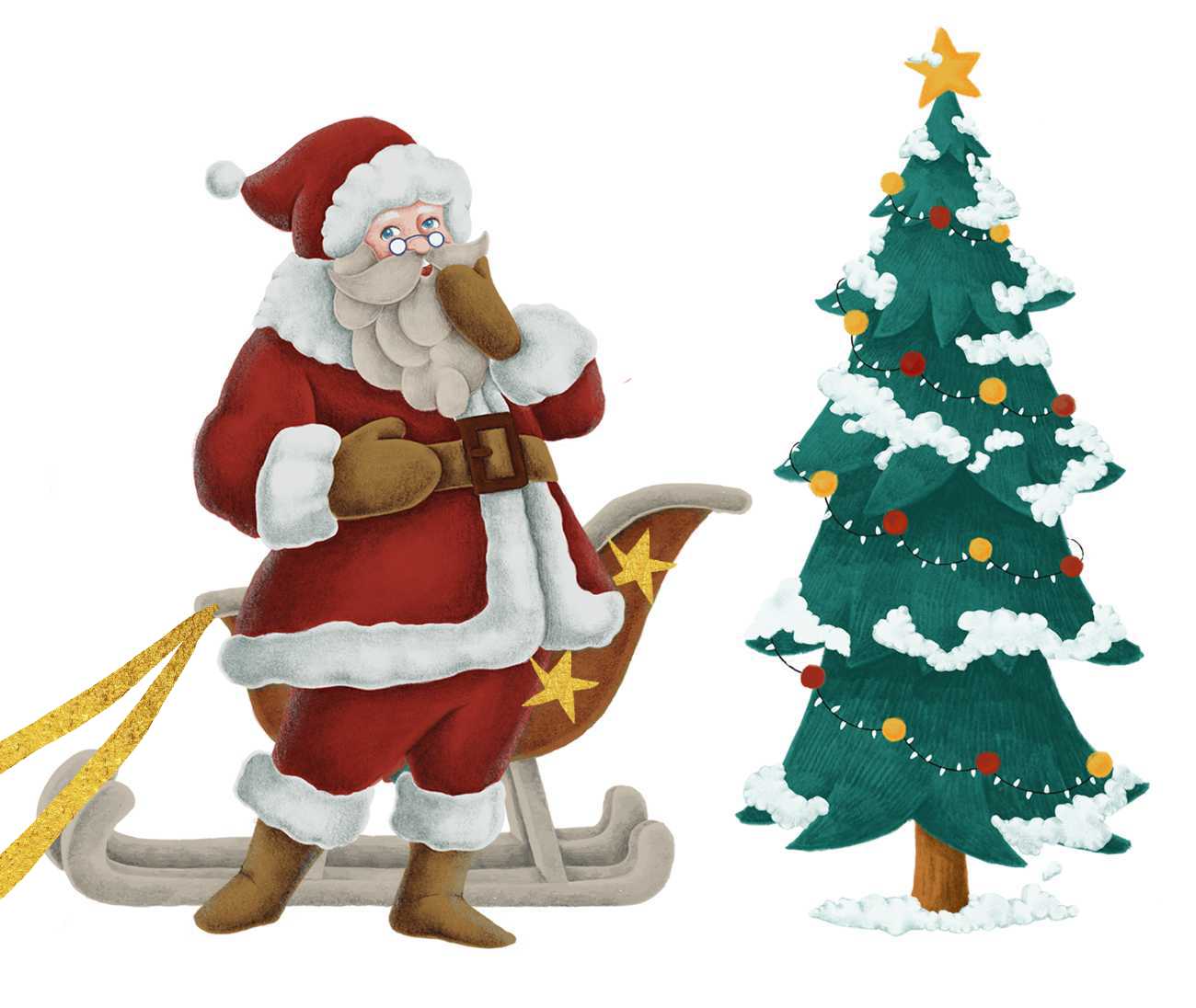 “I always have the tools.” Edwin opened his tiny toolbox and found a little golden hand plane. “This should do it, just a wee bit to make the runners exactly the same…” Edwin Elf was as quick as a flash. The reindeer didn’t mind a short break – Santa did! Edwin Elf looked at the sled runner and saw the problem. “It’ll need a complete repair in the workshop when we get back. But a quick shave of the runner should get it right for tonight, and running straight again…” It didn’t take a moment. Santa was pleased, but the reindeer wouldn’t have minded a few minutes more…. Edwin Elf was finished in a twinkle of an eye. 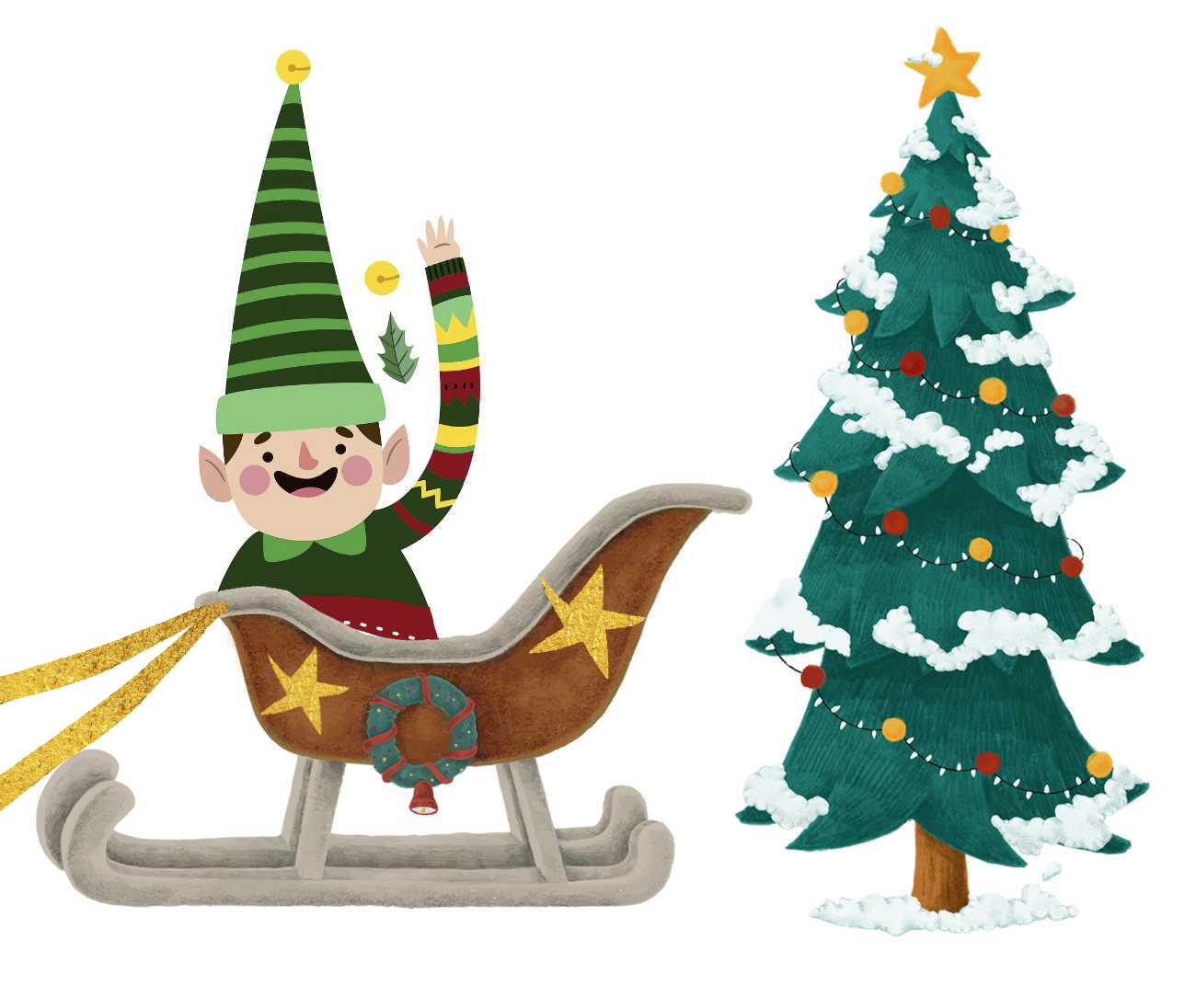 And, that’s what happened last year, well, I think it was last year. Santa’s sleigh was a tiny bit late, but most children didn’t notice. The ONLY children who might have noticed were two children playing in their garden with their new toys on Christmas day. “Whatever is this?” The little boy picked up some shavings of golden wood lying in the winter grass. The little girl looked closer. “Golden curly strips of wood?” She looked up into the sky. “I wonder where they came from?” Of course they never guessed. Would you? But the little girl put those golden wood shavings into her treasure box. Those curls of gold twinkle in the dark like tiny Christmas stars…all year round. “Golden Christmas Magic…” the girl smiles. “I wonder who dropped you into our garden on Christmas Day?”

1. Have you ever found something in your garden or in your house that you think might have been left by Santa Claus? What was it?

2. Why do you think Santa might have left it?

Illustrations from Pixabay and Rawpixel.

Can I Sleep In Your Bed Tonight?