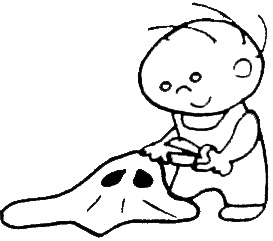 On Halloween I took a sheet

And cut two holes for eyes.

Because that night I’d trick-or-treat

And earn my candy prize.

I put it on and made my way

I won a lot of treats that day,

But then I turned a corner there

And what, then, did I see

Before me floating in the air? 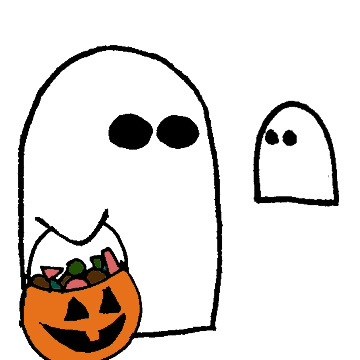 A tiny ghost, so very small.

I asked this little one:

But answer there came none.

I turned and tried to walk away

But looked around to see

Was sticking close to me.

All night I went and gathered sweets,

I walked both there and here,

But ev’rywhere I went my ghost

And even after I went home

To count what I’d received,

The ghost refused to go away!

Twas not to be believed!

My bigger brother, name of Tom,

Was clever and well-read,

And when I asked him what was up

He thought a bit, then said: 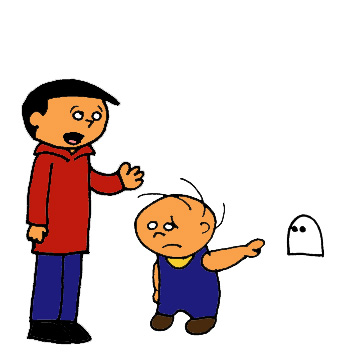 “It’s obvious, to me at least,

We tried to tell the ghost the truth,

That we were not the same,

But he just hovered in the air,

No matter what we said or did,

The ghost would not disperse.

And so, I knew he’d have to stay

For better or for worse. 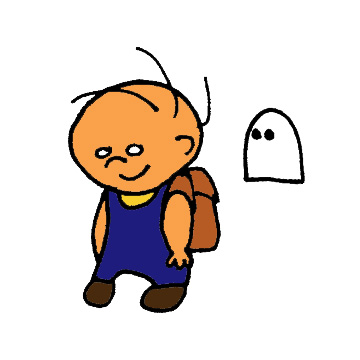 The ghost went with me everywhere,

To school, to church, at play.

I found that I was liking him

A little more each day.

We soon became the best of friends

And never were apart.

Until there came that tragic day

That nearly broke my heart.

For Ghost and I were walking home

And then we chanced to meet

A stranger; twas about my size

And covered in a sheet! 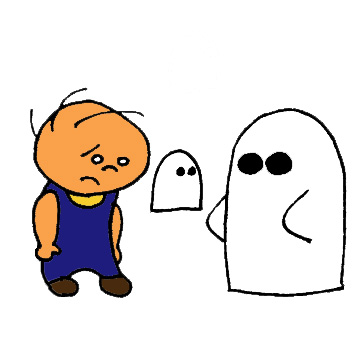 A real ghost, oh no!

It saw my friend and said, “Oh, dear!

Wherever did you go?

You disappeared on Halloween

And I’ve been worried sick.

But now I’ve found you, so come on,

And now the truth of what occurred

Was very plain to see:

This little ghost thought I was mom

And so he followed me!

But now his real mom had come

To take her son away.

Mom wished me well, then off they went

“Goodbye,” I could not say… 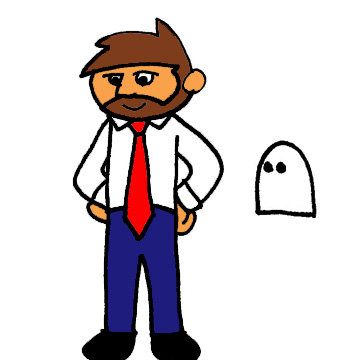 But that was many years ago.

I’m all grown up today.

And I’ve not seen my little ghost

Since Mom took him away.

And yet, each year, on Halloween,

In the chill October air,

I feel I’m being followed, but

I look…and nothing’s there.

Halloween poem for kids written and illustrated by Templeton Moss

1. Why do you think the little boy in this poem, now all grown up, feels like the little ghost is following him every Halloween?

The Island of Lost Socks

A Book of Nonsense