When Hob landed back home, it was right in the middle of a guzzle feast. All the other goblins had gathered around the crackling fire and goblin guzzle bubbled in the huge black pot, but not for long – goblins like their food fast, they invented fast food – and now they all listened wide-eyed to Hob the Hero telling his tale.

“That mean elf SilverToe put a curse on me and I flew spinning through long black tunnels. I was broken and battered when I landed in the Land of the Giants, and then they tied me up with ropes and beat me. The two Giant Kings never stopped beating me with big sticks and they threw me into a dark, cold prison, with no food or water for days and days!”

Hob’s sister Bob sat and listened to this long tale of beatings and hunger and asked,

“Well, how did you get away if they imprisoned you and tied you up? You never were any good at magic; you can never remember any spells.” She shook her green goblin head. “Not even the easy ones.”

Hob was not having this from his stupid sister, but he ignored her and turned to the other goblins, all still listening, wide-eyed in amazement.

“Well, I did my magic.” Hob looked around. “I waited till those two giants slept and then broke out of my heavy chains and stole the elf shoe and this present, that’s what they call it, present is a magic word for Giants.”

Bob smiled and walked away from the circle of goblins.

“Magic word for giants?” she smiled. “This story my brother is telling is a Hob sob story, first he is tied with ropes and then it is chains but, for brother Hob, it is much better than his usual guzzle stories.”

Hob’s storytelling went on late into the night, until all the other goblins had heard enough of beatings, starving and the great escape of Hob the Hero. They all yawned and found grassy sleeping places to sleep off the enormous feast of guzzle − and headaches from Hob’s endless tale.

When all the goblins were fast asleep, the snoring was so loud that the trees were shaking, Bob crept back to her sleeping brother and whispered,

“I don’t believe one single word,” as her hand slipped under the mossy pillow he had made. Then she quietly put the elf shoe and the present into her pocket before she crept off to where her other brothers were sleeping.

Bob thought long and hard. She knew that her magic was a million times better than her brother Hob’s and, in any case, Hob didn’t look even one tiny bit beaten or starved. Bob smiled. “In fact he looks a bit fatter than when he disappeared just a couple of days ago.” Bob turned over the elf shoe. “And his clothes are smudged with what looks a bit like red food, it smells like food, too.”

It was then that Bob decided that she would go there also, wherever it was. If Hob could get back unharmed, then so could she!

Bob slipped out of the goblin area to the place where Hob had told them that the ‘elf curse’ had happened.

“I don’t need an elf curse,” Bob said to herself. “I have got the shoe and the giant’s magic present and they will take me to that place.” 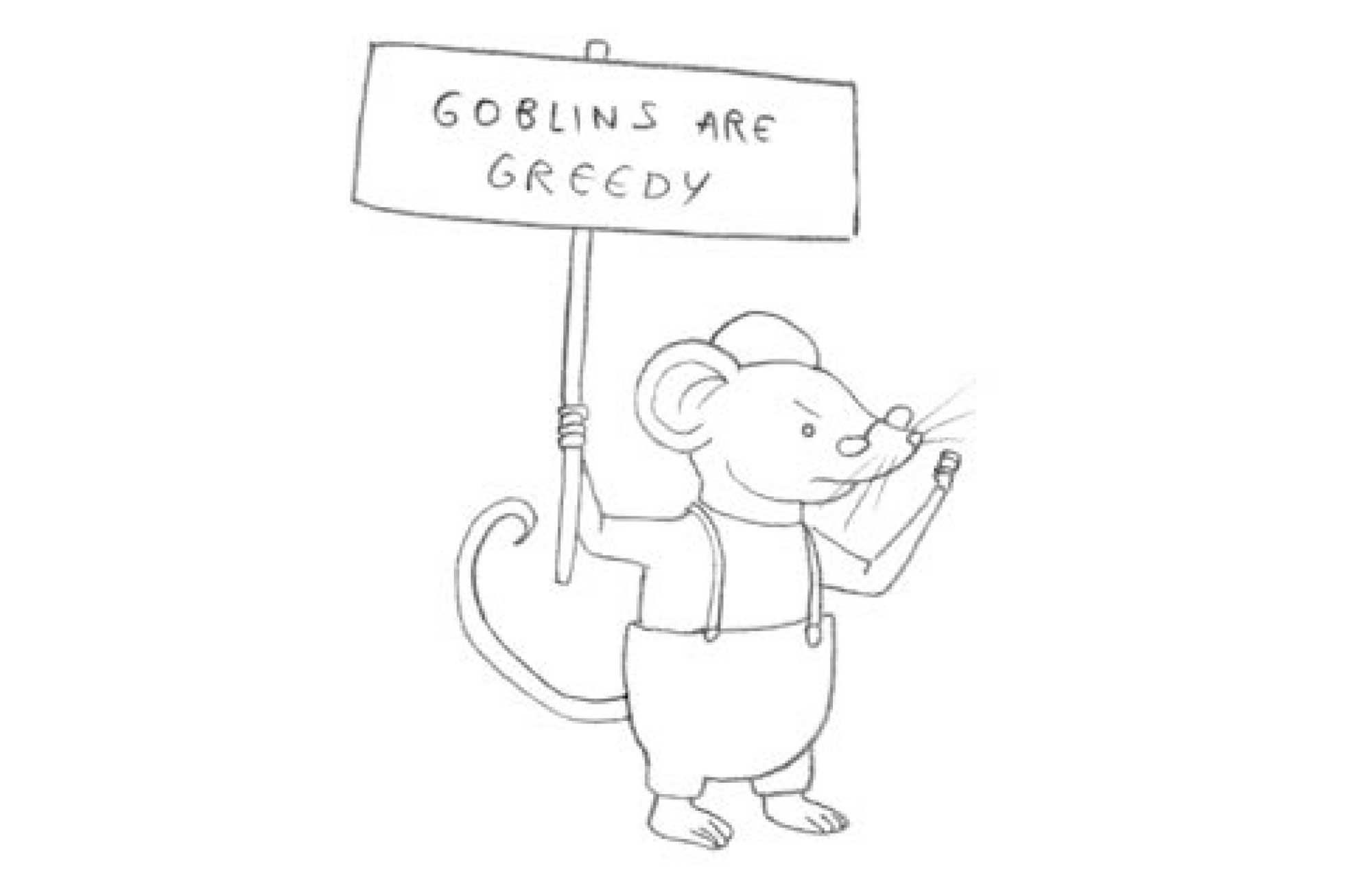