Chapter Six – Minding a Goblin Is Not Easy…

Back at the shed the boys told Hob that the hammock was his, just for one night.

Hob looked pretty ragged – and he was quite smelly too, in fact, stinky was the word! Jacob flopped onto his sleeping bag.

“Are you hungry, Hob?” Jacob remembered his manners.

Hob nodded and his scrawny hand stretched out to grab, well, snatch the jam tart Jacob held out to him. There was no ‘thank you’ – that was clearly not a goblin thing.

Hob gobbled and made snorting noises as a mass of crumbs disappeared down his throat and sprayed out all around him.

“Not hot on table manners, these goblins.” Jerry pulled a face at his brother.

“Table? What is table?” Hob asked and half the jam tart crumbs fell out of his mouth. He scooped them back in. “This is good. Very good.” He nodded vigorously while his hand grabbed a chocolate biscuit and shoved the whole thing into his mouth.

“Do you think ‘goblin’ comes from ‘gobble’?” said Jerry, deciding to move the packets of biscuits out of goblin reach.

“Sleep now, Hob,” Jacob announced. “We’ll go back and find the hole in the morning, just like we promised.”

“And shove Hob right back into it,” Jerry mumbled as he turned in his sleeping bag and went to sleep.

They were woken up next day by Gran’s cheery, “Breakfast for campers.”

She placed a basket of croissants and a jug of hot chocolate on the floor near the hammock, where Hob was still fast asleep, snoring rather noisily. Speedily Jacob threw a cushion on top of him, which muffled the noise and hid the horrid sight of the sleeping, dribbling goblin.

Gran looked around, a little alarmed.

“What’s that noise, can you hear it?”

Jerry was quick. “I left my old Game Boy on, Gran. It makes noises like that when the battery is running low.”

She glanced curiously at the cushion where the rattling noise was coming from.

“It vibrates too,” Jacob added, quick as a flash, and hurriedly stood in front of the hammock to block Gran’s view.

“You’d both better shower at the house. It’s really very smelly in here.” Gran sniffed and opened a window as she left. 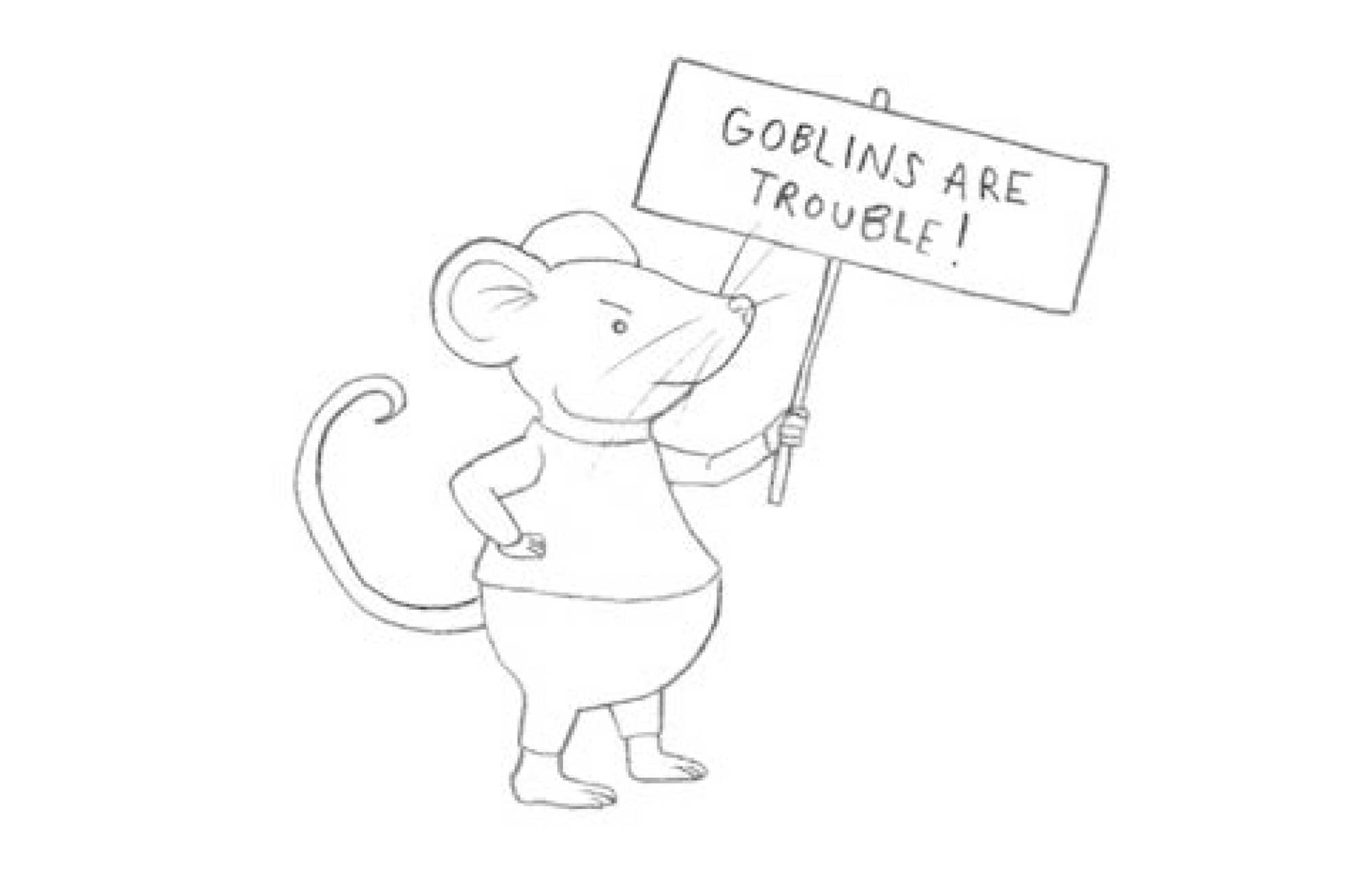