Carlos and Maya dreamed of becoming space explorers. They loved space and everything about it. They were fascinated by how mysterious it is. They would stay in the library after school reading books about planets and outer space.

On their way home, Carlos and Maya saw a display in the window of a toy store. It was a space ship. They went inside the store to see how much it cost. They saw the price and it was too expensive. They reached into their pockets and got whatever was left of their allowance. They tried to pool their money together but it still wasn’t enough.

When they got home, they ran straight to their mother who was setting up the table for dinner. They wrapped their arms around their mom’s leg. Their mom was curious as to what they were excited about. So, Carlos told their mom what he wanted for his birthday.

Their family didn’t have much when it came to money. They were in debt and had bills to pay. So, when their dad stopped by the store to see the toy that Carlos wanted, he knew that he was probably going to let his son down. Carlos wanted the big space ship that was at the store. He checked the price and it was too expensive. They couldn’t afford it.

On the day of his birthday, Carlos got up early and ran out of the bedroom, excited to see his gift. He was ready to play with it with Maya. But when he got to the living room, he saw a space ship that was made out of a cardboard box. His dad had made it for him. It had wings on the side and had enough space to ride on. It was a space ship but it wasn’t what he wanted.

Tears flowed from Carlos’ eyes and he ran back to their room. Maya had just woken up and was about to make her way to the living room when Carlos ran past her. He slammed their bedroom door and locked it. She saw their mom as she ran after Carlos. She knocked on the door and asked Carlos to come out. He didn’t want to.

Maya got to the living room and saw the cardboard space ship. She saw their dad beside it, bent down on one knee with his head down. Maya asked where the toy was and their dad said “I’m sorry”.

Carlos was still in his room and refused to come out. Maya didn’t want her brother to be sad on his birthday. So, while she sat in the living room, she tried to think of a way to cheer her brother up. She looked at the cardboard spaceship their dad had made and got an idea. She ran to the kitchen and told their mom she knew how to make her brother happy. Her mom called their dad and they got to work. 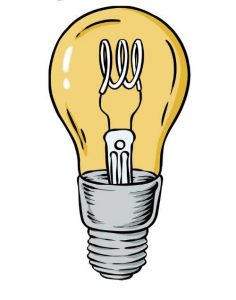 Carlos’ stomach started to rumble. He didn’t have breakfast and now he was hungry. He was about to get out of bed when he heard a knock on the door. It was Maya. She said that they had a surprise for him.

He got out of bed and opened the door. Maya was by the door with the cardboard spaceship their dad made. She placed it in front of him and asked him “Are you ready?”

“For our mission,” she said.

Maya got on the cardboard spaceship but left space in front for her brother. Carlos wiped his eyes. He could see the excitement in Maya’s face so he got on the spaceship. Then he heard his dad’s voice.

“This is mission control. Are we ready for take off?” their dad said.

Carlos didn’t understand what was going on. He sat there silent. He looked at Maya and she just smiled at him. He heard his dad’s voice again.

“I repeat. This is mission control. Are we ready for take off?”

Carlos then answered, “Mission control. We are ready for take off.” 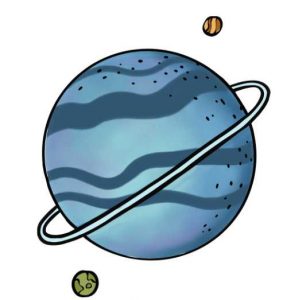 Their dad came in the room and positioned himself behind the spaceship. He then started imitating the sound of a spaceship during lift off and pushed the cardboard spaceship slowly.

When they came out of the room, Carlos was surprised at what he saw. There were stars dangling from their ceiling. There were moons and planets too. He felt like he was in outer space. Then their mom started walking towards them holding gray rocks made out of cardboard on a string. They were asteroids.

After successfully evading all the asteroids, they stopped at the dinner table. On the table, there was a label that said “Best restaurant in Jupiter”. Carlos and Maya got out of the spaceship. As they were walking towards the table, they walked as if there was no gravity and bounced around.

After they ate, they got back on their spaceship. They spent all day on the spaceship, riding across the unknown depths of space. They even took turns driving the spaceship. Carlos and Maya enjoyed letting their imaginations run wild.

The day eventually came to an end and it was time for bed. Their parents tucked them in and kissed them both on the forehead. Before they could leave, Carlos called out to his dad. His dad sat on the edge of his bed and asked “What is it champ?”

Carlos, with a smile on his face, said “That was the best birthday gift ever. I love you dad!”

Carlos hugged his dad. His dad ruffled his hair and said that he was glad Carlos liked it. Their parents left the room and closed the door behind them.

Carlos thought about how much fun he had that day and he realized that he didn’t need the spaceship at the toy store. He had a spaceship of his own now and it was best spaceship in the whole world. Carlos and Maya never forgot that day. It was the greatest day of their lives. It was the day they became Space Explorers. 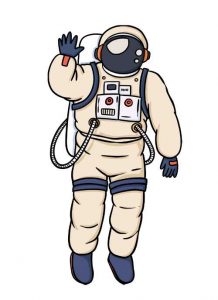 Illustrations by Rawpixel, with thanks.

1. Do you think it’s always important to give and receive expensive gifts? Why or why not?

2. Why do you think a gift is special?

1. The family in this story try hard to make Carlos feel better about his present. What ends up happening? 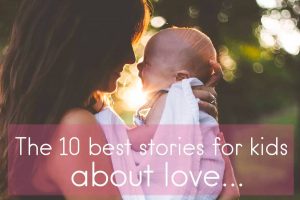 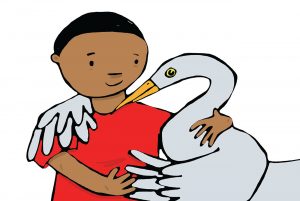