“I had planned macaroni cheese…” Gran grumbled as she stirred a tin of tomatoes into her special spicy recipe.

The three of them sat at the table with the big steaming bowl of spaghetti in the middle, the wide open door hopefully sending the delicious spicy smells up the stairs to the open bathroom door.

Jerry squinted through his half-closed eyes and saw a telltale tiny movement of the kitchen door. The others twitched: they had noticed it too.

Jacob waited until he saw a movement in the bowl of spaghetti, a bit like a careful finger test in the red sauce. He waited for a moment until he thought that the red sauce seemed to be disappearing as if being sucked up. He stumbled, but was quick enough to throw the bath towel over the bowl and whoever or whatever was tasting it.

The beach towel was moving now and something underneath it was wriggling like mad, squealing, “Aargh, don’t beat me… Aargh!”

Jerry began with a question as they all held down the corners of the beach towel so that the wriggling monster or goblin could not escape.

The voice under the towel blurted out, “Bob, I am Bob, don’t beat me like you beat my brother Hob.”

“Beat you?” Jacob shouted at the wriggling towel. “We never beat Hob, ever, we gave him food and helped him get back to GoblinLand. Are you really Bob? Hob’s horrible sister?”

The towel then stopped wriggling “I am not horrible, it is Hob who is horrible and he told us that you starved him and tied him up in chains, or was it ropes.”

Jacob and Jerry exchanged looks and Gran held the towel down with all her mighty strength. She was starting to believe in Hob, and she had no wish to see Bob, or whatever was wriggling like mad under the towel.

Jerry gulped. “Tied him up in chains?”

Jacob continued, “Starved him? We fed him pretty much non-stop. What an ungrateful, squirty little goblin he turned out to be.”

The muffled voice under the towel growled, “And a great big fibber…”

Jacob said slowly, “Look Bob, if that’s who you really really are, we can let you go, but don’t run away, please.”

Gran added, “And leave that toilet flush alone,” added Gran, as she kept the towel in a no escape hold.

After making Bob promise not to run away, Gran and the boys slowly let go of the beach towel, to reveal a not-quite-so-grubby, smaller version of Hob, although now splattered with red spaghetti sauce – which made her a bit more Hob-like.

“So Hob got back all right did he? He didn’t send a postcard,” Jerry began

“Yes.” Bob squinted around her “He escaped from your prison and used magic to get back, all by himself.”

Jacob shook his head. “Is that what the little squirt said? Did he say how long it took us to find that tiny little grass-green elf shoe and how he didn’t help us at all, not one little bit?”

“That was not Hob’s tale.” Bob licked some of the spaghetti sauce from her fingers. “This is really good. Are you the Giant Queen?” Bob turned to Gran who was staring rather rudely at the little visitor.

Bob then told the speechless boys Hob’s hero tale, as Gran served up four bowls of the cooling spaghetti. “Pity to waste it!” She did not take her eyes off the little goblin for one second. “You can have some ice cream if you promise not to touch the toilet flush or taps again.” Gran was feeling better now and Bob was so small she could hardly be dangerous.

Bob told the boys, and Gran, that she only came because she didn’t really believe her brother’s tale and that she liked it here in GiantLand, so maybe she would stay for a day or two. That wasn’t a question; the boys looked at each other – add bossy to the goblin list of messy, greedy and smelly!

“Hob never told us about goblins being able to work magic or to become invisible.” Jerry turned to Bob as she licked her ice cream bowl cleaner than clean.

“That’s because he can’t,” Bob explained with a huge grin. “Hob was never good at goblin school. He spent most of his time in the nitwit corner catching spiders and the only thing he was ever good at was chasing.”

Jerry smiled. “Ah yes, he is pretty good at chasing, we noticed that.”

As Bob now began to lick the ice cream carton clean, Jacob whispered to his brother, “Guess that brother and sister don’t get along too well.” 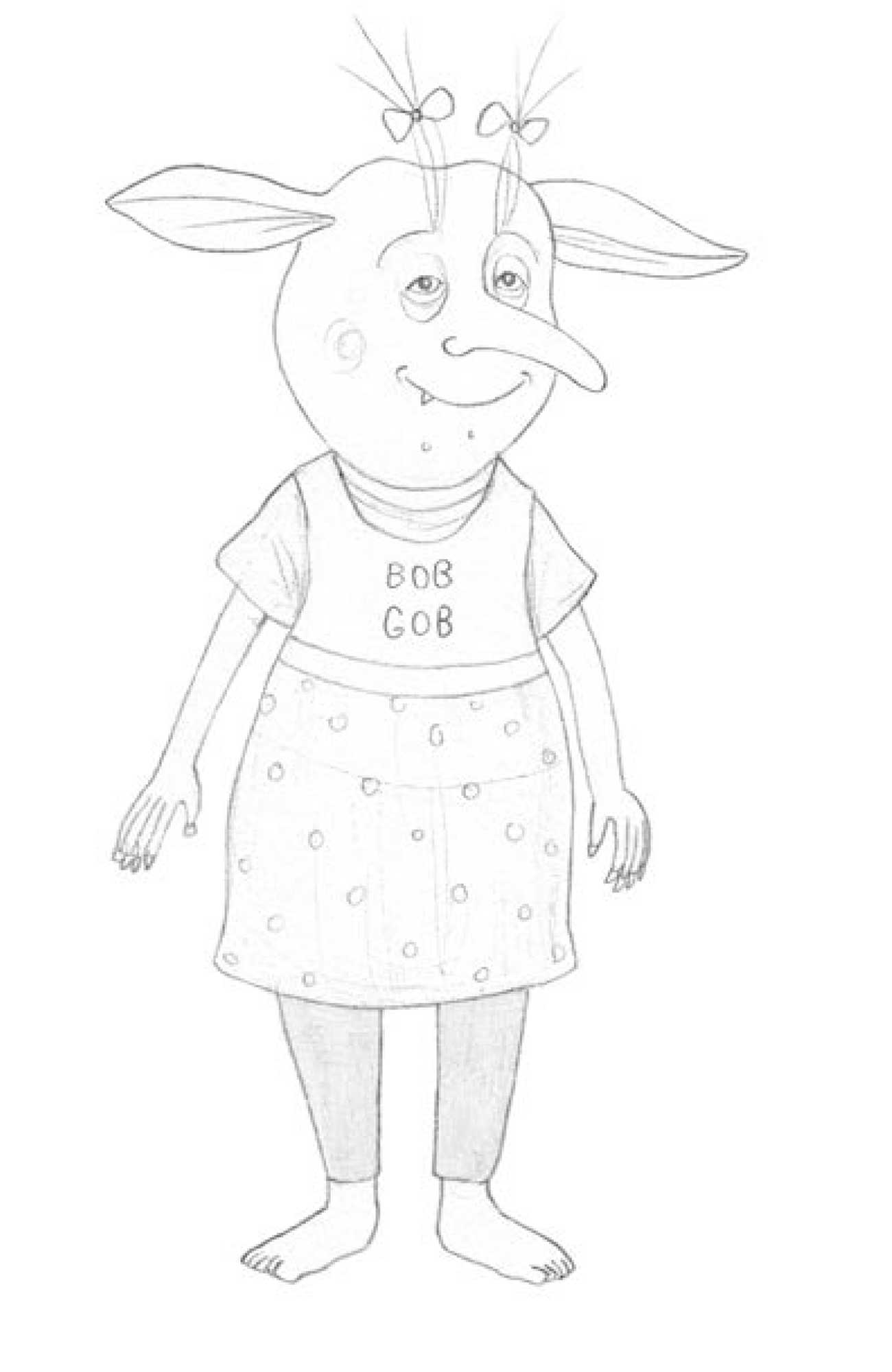 The Wonderful Wizard of Oz – Chapter 22