Chapter 4 – The Pile of Rags Can Talk

And then, at last, they saw what was making the awful creepy sound. Cowering under the tree, hard to see in the tall grass, was a small, snivelling, greenish-grey object. Jerry looked at his brother in amazement.

Jacob said nothing, staring in horror at the pile of green rags which seemed to be making the wailing noise. The boys stepped a little nearer to the tiny raggy object.

Jerry summoned up his courage. “Who − who are you?” he gulped and stammered.

Suddenly the pile of rags pulled itself up from its crouched position, which really wasn’t very high.

“And who are you?” it yelled back, in a croaking, angry voice.

Jerry felt braver now that he could see that green rag thing was very, very small. Not much higher than his knee from what he could make out, not that he wanted to get too close. That made him feel a lot braver.

Jerry aimed the torch at the green snivelling thing, which shouted, “Put out that blinding light, you giant monster, or I will kill you.”

The boys stared at the object. Its head and hands were greenish too. The head was bigger than the skinny body and its strange ears were long and floppy, and pointed and green as well.

“What − what are you?” Jerry stammered again, not feeling quite so brave, even if the thing was pretty small.

The thing shielded its eyes from the torchlight.

“I am Hob. Now answer my question – what are you? Are you giants?”

“Hob, what kind of name is that?” muttered Jerry, and quickly Jacob said,

“I’m Jacob and this is my brother Jerry. We’re twins.”

“Huh! What kind of names are those?” The little green thing spat out angrily. “And what is twins?” The creature’s voice was rough and rasping, like he had a bad cold.

“But what kind of creature are you?” Jerry tried again.

“I am Hob, a brave and speedy goblin.” The goblin, if that is what he really was, folded his green arms and stood up straight.

Hob raised a finger. “Yes, a goblin, we are a proud and brave folk.”

“Where are the rest of you, then?’ Jerry asked, looking around.

The goblin took a long, long time to answer. 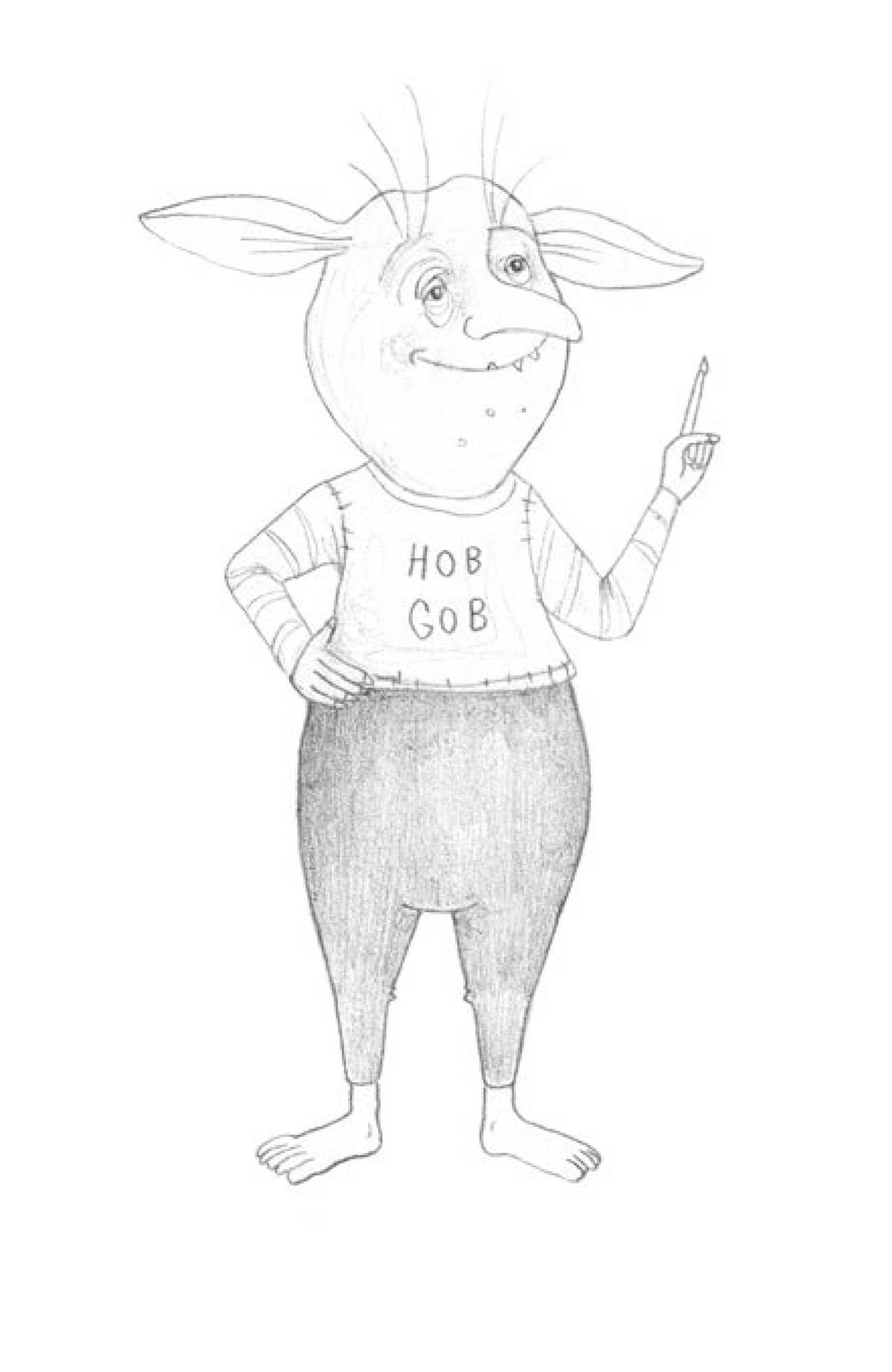