Learning the alphabet is one of life’s great pleasures for children.

The thrill of discovering that sounds have shapes, and the achievement little ones can feel in beginning to recognise them and create words from them, makes learning the alphabet a very special time for kids. Tools like rhymes, storytelling, songs and illustrations can make learning the alphabet very fun for literacy-ready children. And books are the best way of all to learn! The following is a list of some our favourite alphabet books designed to help your children learn their ABCs through engaging themes, beautiful illustrations and fun stories.

1.Once Upon An Alphabet: Short Stories for All the Letters by Oliver Jeffers 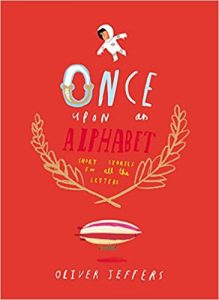 Once Upon an Alphabet is an exquisite creation from celebrated artist and author Oliver Jeffers. The book features a short story inspired by each of the twenty-six letters, combined with Jeffers’ unique and engaging illustrations. From Edmund the Astronaut to Zeppelin, each letter has an exciting adventure to share with the children. Barend and Bob’s battle across the bridge evolves to the story of a Zeppelin helps Edmund, the astronaut, to fly higher. ‘Once Upon an Alphabet’ is a thrilling ride which helps make learning a fun activity, and feeds children’s imaginations with the power of stories.

2. I Spy: An Alphabet in Art by Lucy Micklethwait 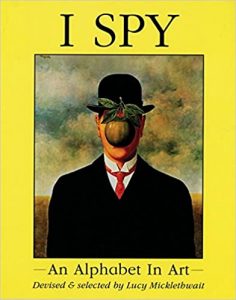 This striking book is a gateway to the artistic world, where fascinated children can soar with the wings of imagination and, of course, use their keen eye to find interesting things. The book contains twenty-six paintings, each of one page, with both lower and upper case letters displayed. Each page starts with ‘I spy with my little eye something beginning with’ to introduce the letter. Famous artworks include René Magritte’s ‘The Son of Man’ (for A, apple), Renoir’s Umbrellas (for U, umbrellas), and Portrait of a Child by De Geest, (for Z, zig-zags). This book can inspire children towards art, allowing them to explore letters and classic aesthetics. As the letters do not specify which aspect of the artworks reflect the letter chosen, there is also scope for creativity in parents and children deciding why each letter applies, or different interpretations for each. 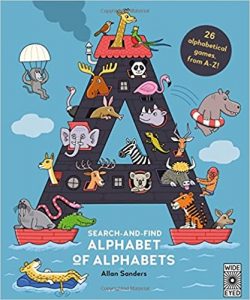 This is a book of twenty-six puzzles, which feature search-and-find assortments of both living and non-living objects. In B children can find birds, in D look for dinosaurs, or in Z discover the creatures in a zoo. Allowing children to explore the pages and seek objects in association with the sounds of the alphabet can encourage retention, as well as provide many hours of fun! 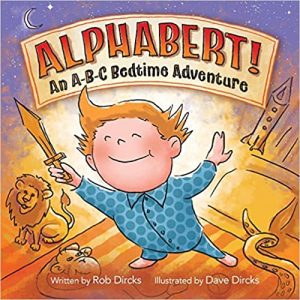 Albert is a kid who doesn’t want to sleep. In this enchanting story, he goes on an adventure with the help of Alphabet and his sharp imagination. These adventures teach him the importance of sleeping for being at his best, and helping him to learn… things like the alphabet! It’s an exciting bedtime read for kids, with catchy rhymes that will have your children clamouring for bedtime!

5. Did You Take B From My -ook by Beck and Matt Stanton 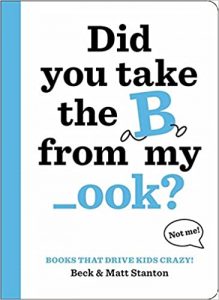 This book is from a series of books for children that have been playfully described as “Books that drive kids crazy”. The letter B in this book has gone missing. Now the words starring from b are left incomplete like the _eetle (beetle) _oots (boots) and other such words. With each page a new delight allowing children the sense of achievement in placing the b sound, this is an original approach to learning a letter, and is delightful for children who can participate in the fun.

6. Animalia by Graeme Base 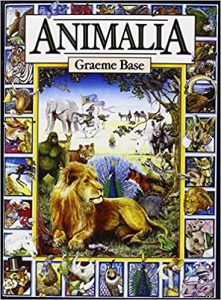 Graeme Base’s Animalia is a classic for generations of Australian children. Each page features ornate and attentive illustrations of animals and birds from A to Z. Delightful aural assonance allows readers to really revel in each sound, and also give interested children plenty of hints for finding the objects that are hidden within each illustration.

7. Today I Feel: An Alphabet of Emotions by Madalena Moniz 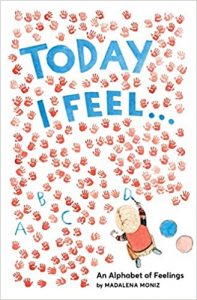 Children show such signs of evolution in their early years, and it is often easy to forget that they do not always understand emotions in the same way that adults do, or have words to describe their feelings. Learning ways to express their emotions can be key to developing children’s sense of self, relationship with others and harmony in the home. Today I Feel: An Alphabet of Emotions is a great help for parents, allowing them to equip their children with a vocabulary of emotions that can be useful for children in explaining their feelings. Not only that, but the illustrations that come with each emotion also feed their imagination to help reinforce the concept, as well as learn the alphabet. Whether your child feels adored, brilliant or relaxed today, the book is a wonderful way for helping them recognize and name their feelings, and have conversations with you about them.

8. A is for Atom: A Mid-Century Alphabet

This funky little tome features twenty-six midcentury concepts in appealing illustrations, one for each letter of the alphabet. The book is one of a number of alphabet books in the series, which each address different historical concepts, from the Wild West to the Jazz Age to the Industrial Revolution, in trademark bright retro styling. These alphabet books feel designed for adults as much as children, who will delight in the mid-century feel of the illustrations that invoke block print and 50s gouache.

9. D Is For Dump Truck: A Construction Alphabet 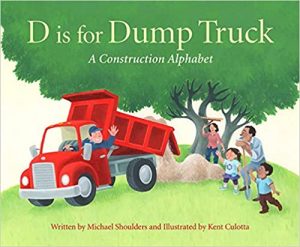 Perfect for little truck lovers, D is for Dump Truck offers an alphabet based around construction concepts, accompanied by funny short poems. The glossary at the back of the book gives a quick review of each word. A special feature of this ABC book is that it includes several stages in the process of construction, and shows continuity with the project (the object under construction is a tree-house.) Through presenting alphabet concepts associated with children’s passions allows little construction-lovers to see the alphabet positively, and speak to them in a language that already speaks to their soul.

10. A is for Apple by Tiger Tales and Georgie Birkett

This book features a tracing format that will attract children who like to take a hands-on approach to their learning. They can place their fingers in the groove of each letter and follow the course of the tracks, and the sensory experience is also enhanced by the featuring of an example word beneath a flap. 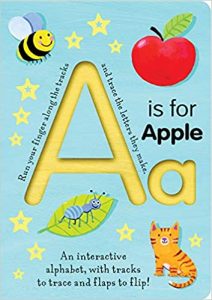 The simple illustrations are well suited to small children who are easily distracted by more complicated ABC books, and with so much to touch on each page, is a very engaging way for small children to engage with early reading skills. 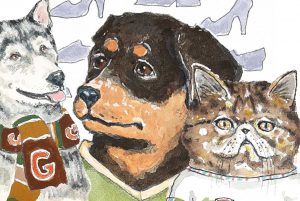 Whimsical animal artist Sue Clancy delights in the simple pleasures of a dog in a scarf or a cat with a woolly sweater. In her wonderful book Alphapets, children learn their A-Z as they are introduced to a loveable collection of pets by name: from Henry to Pia to Xavier, and a menagerie in between. Gentle rhymes bring the narrative together in this adorable alphabet book for budding little animal lovers. 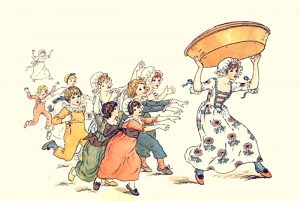 This 1886 vintage favourite by famous children’s illustrator Kate Greenaway has charmed generations of children who have learned their alphabet around the antics of a gaggle of children and a giant apple pie.

In A Was An Ant, Edward Lear’s engaging poems, penned for each letter of the alphabet, have been illustrated with big bold pictures of animals and objects that are designed to be striking and simple. 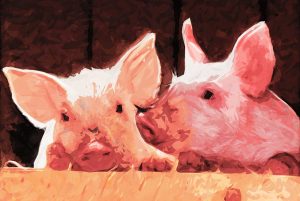 Top 10 Board Books for Babies