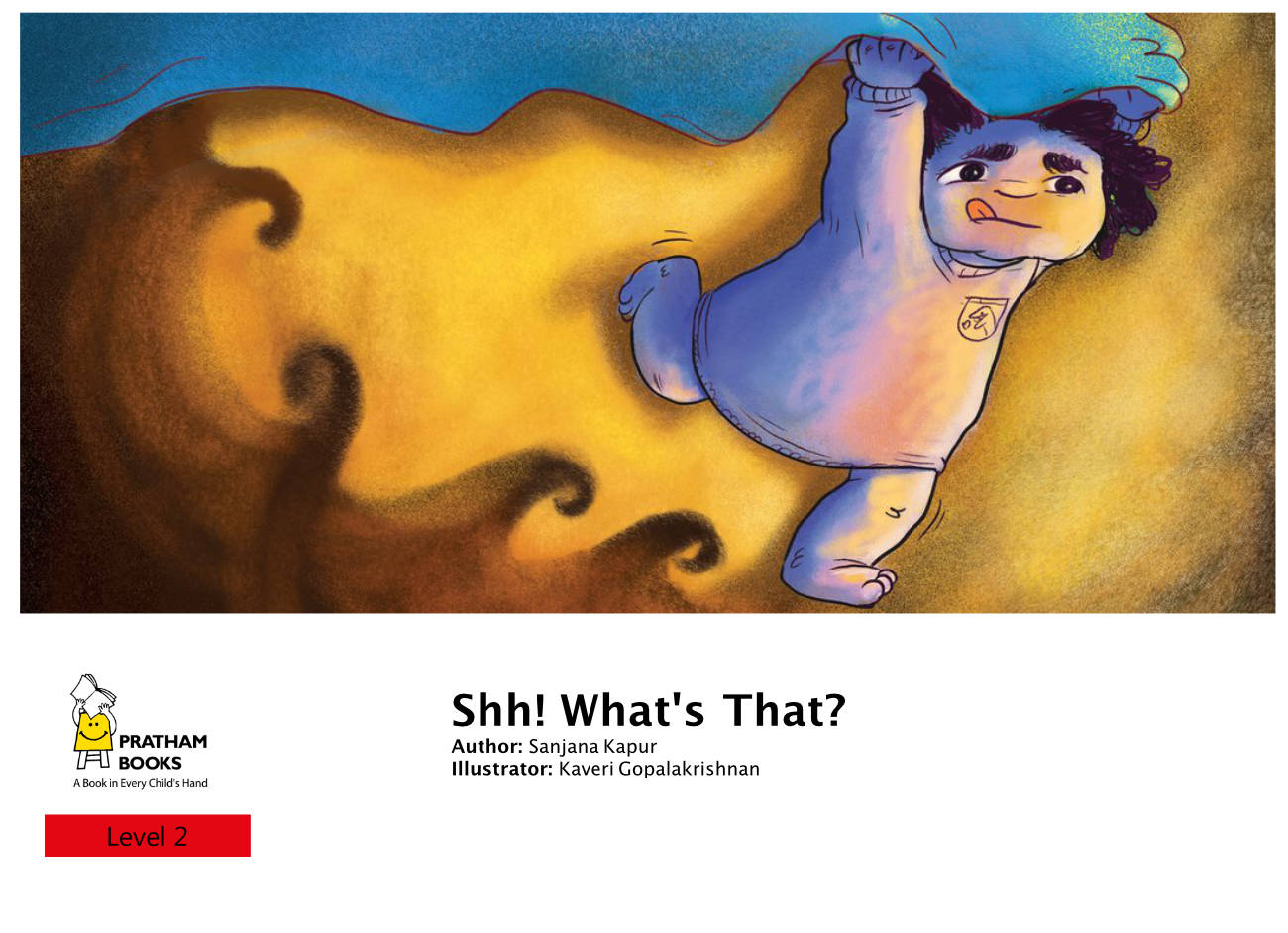 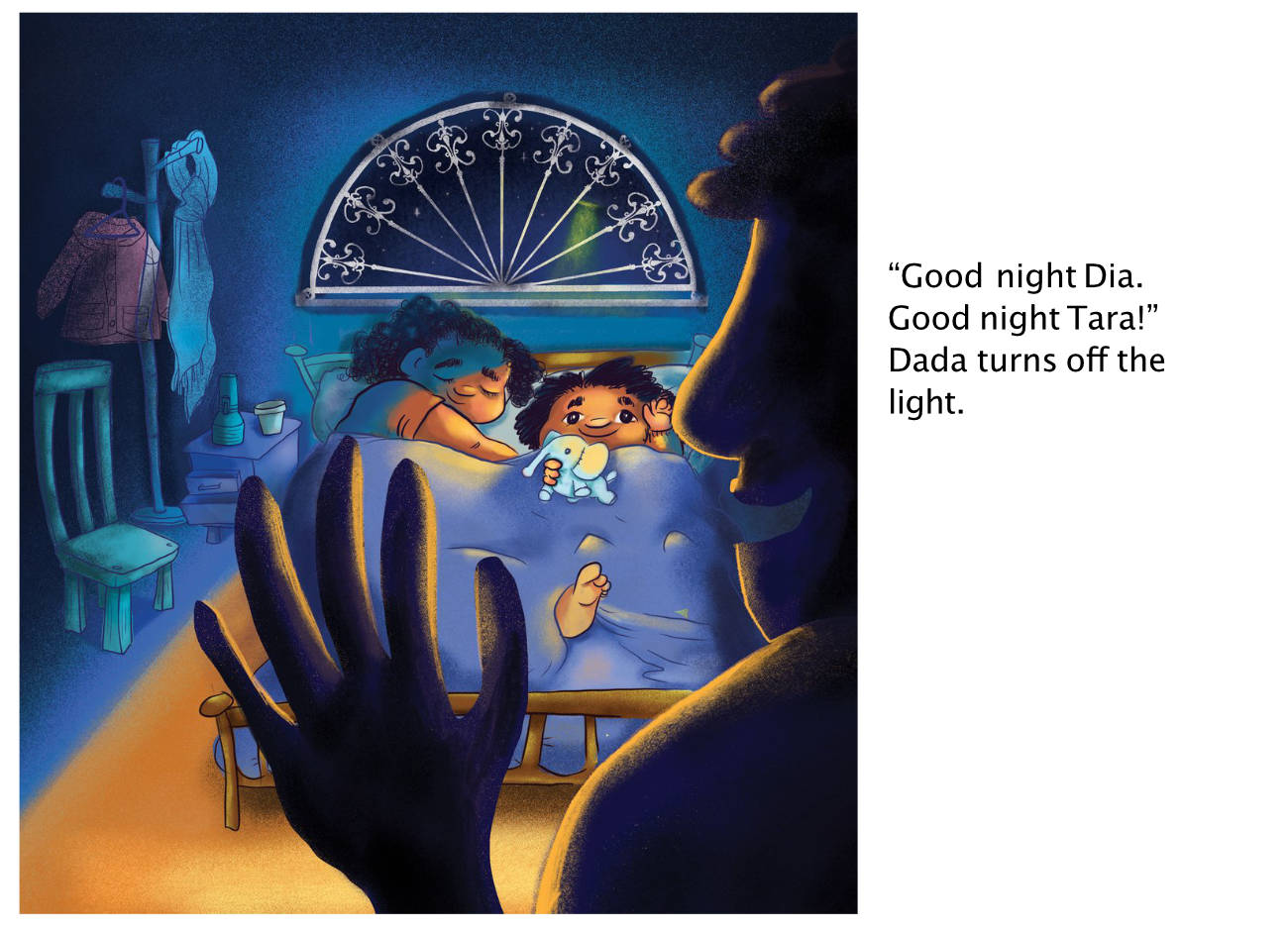 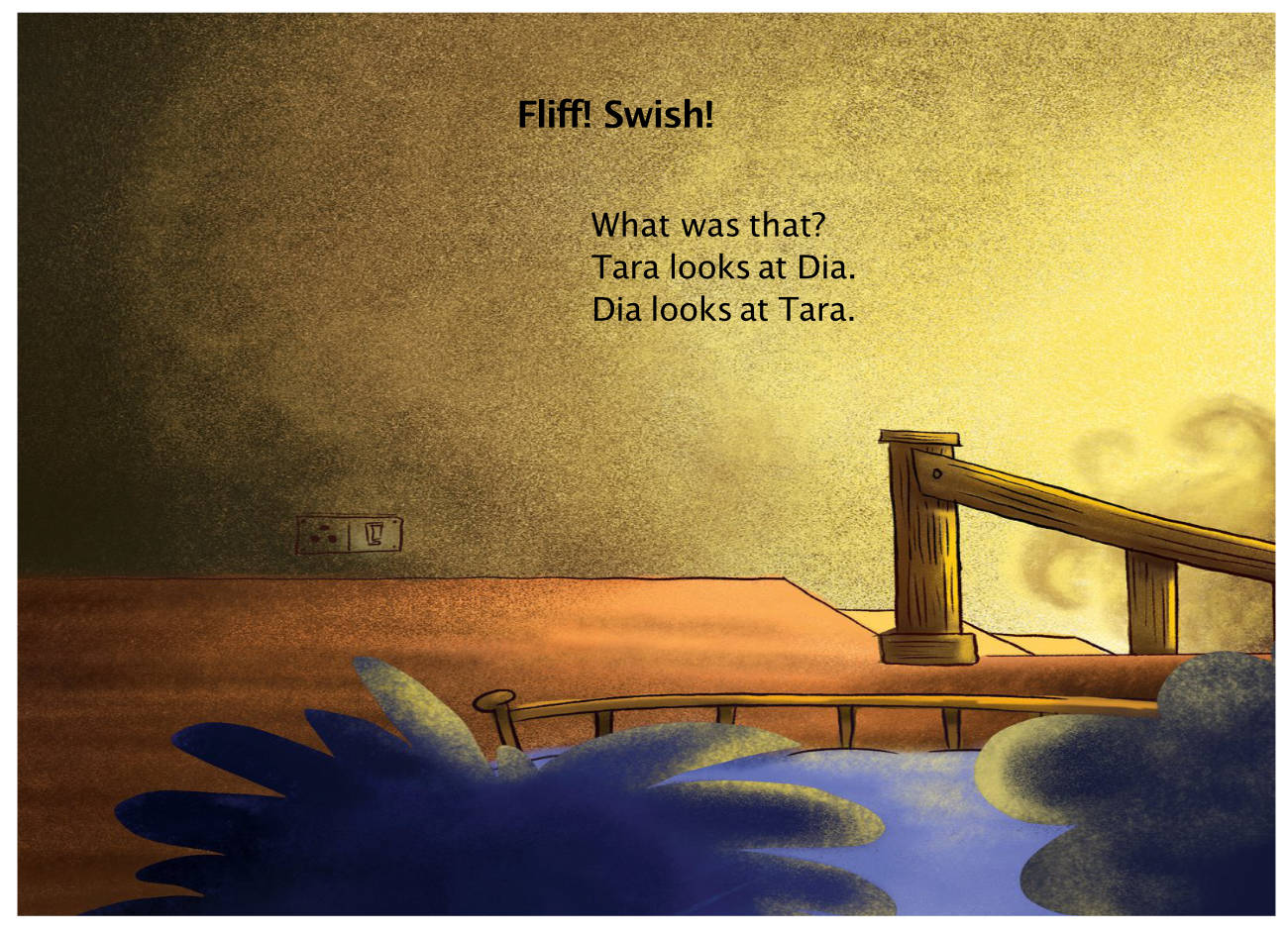 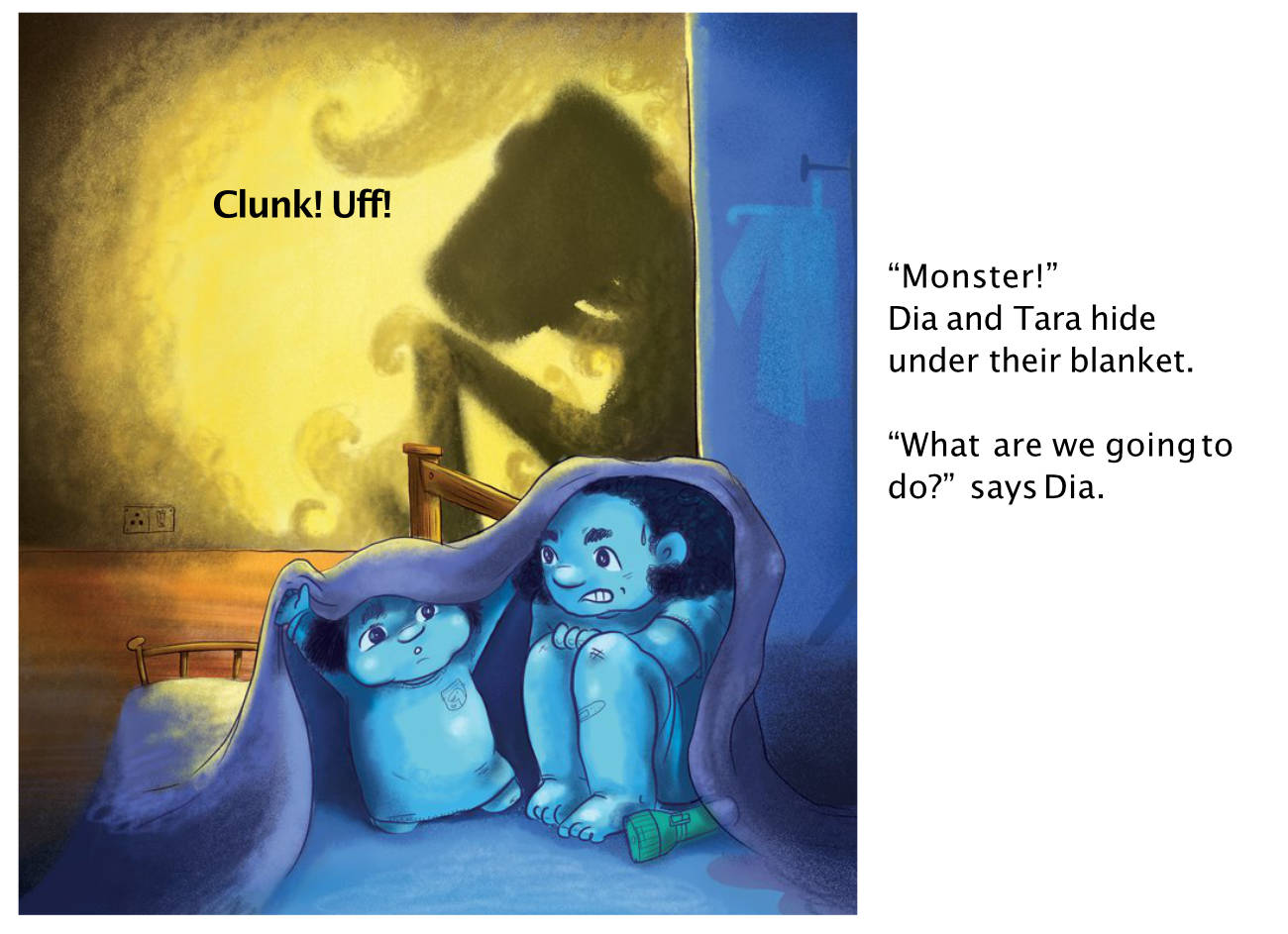 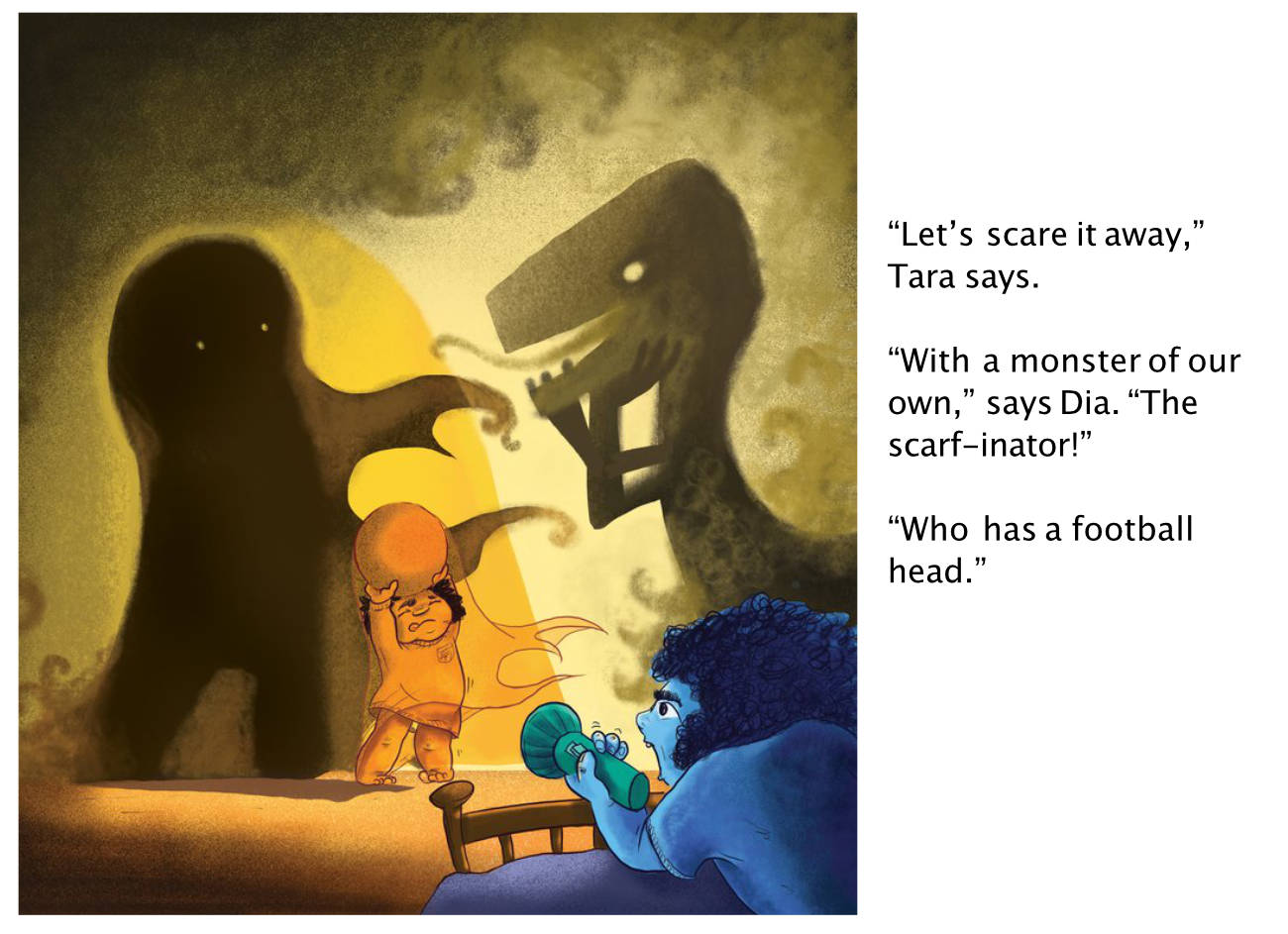 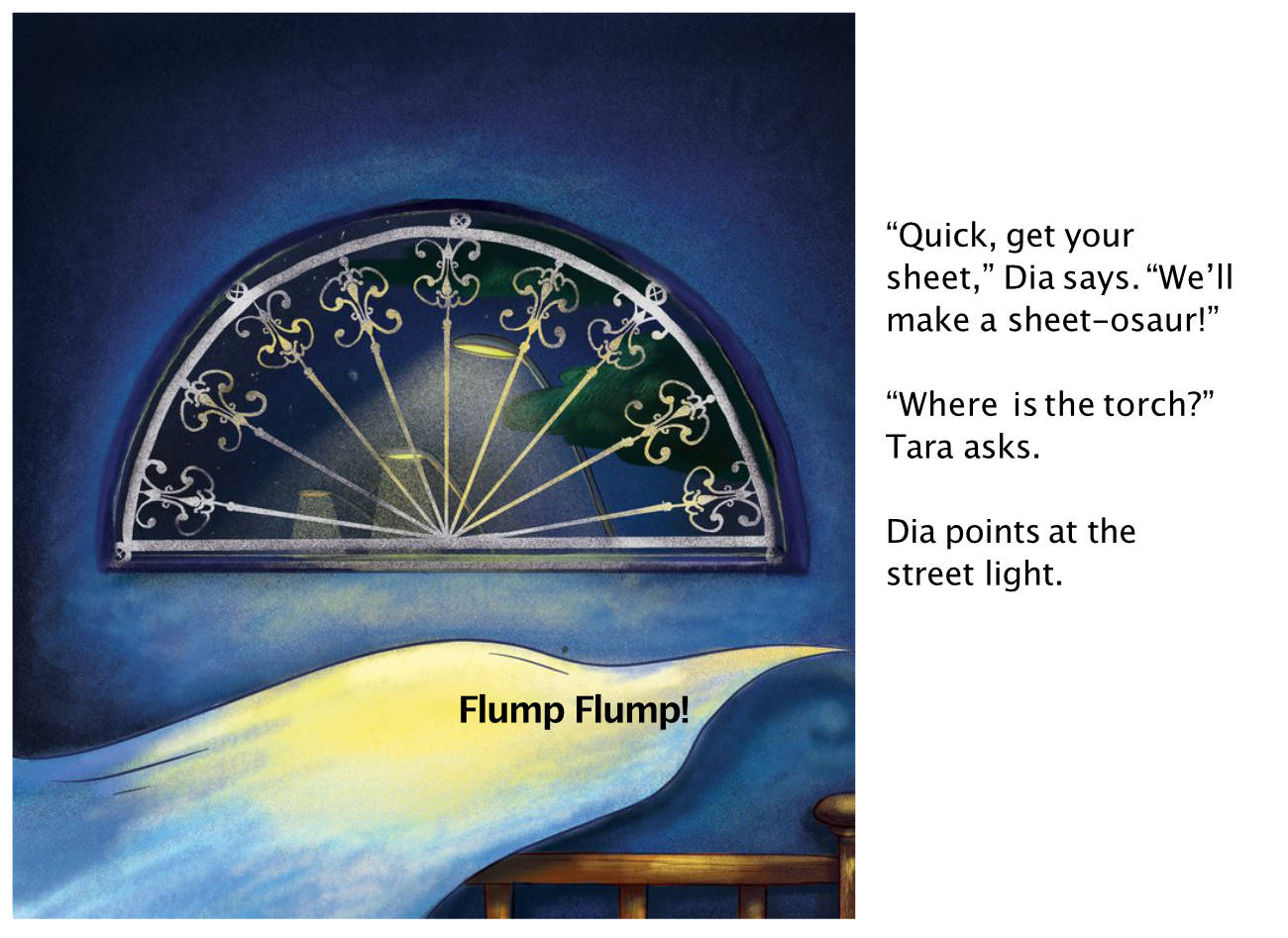 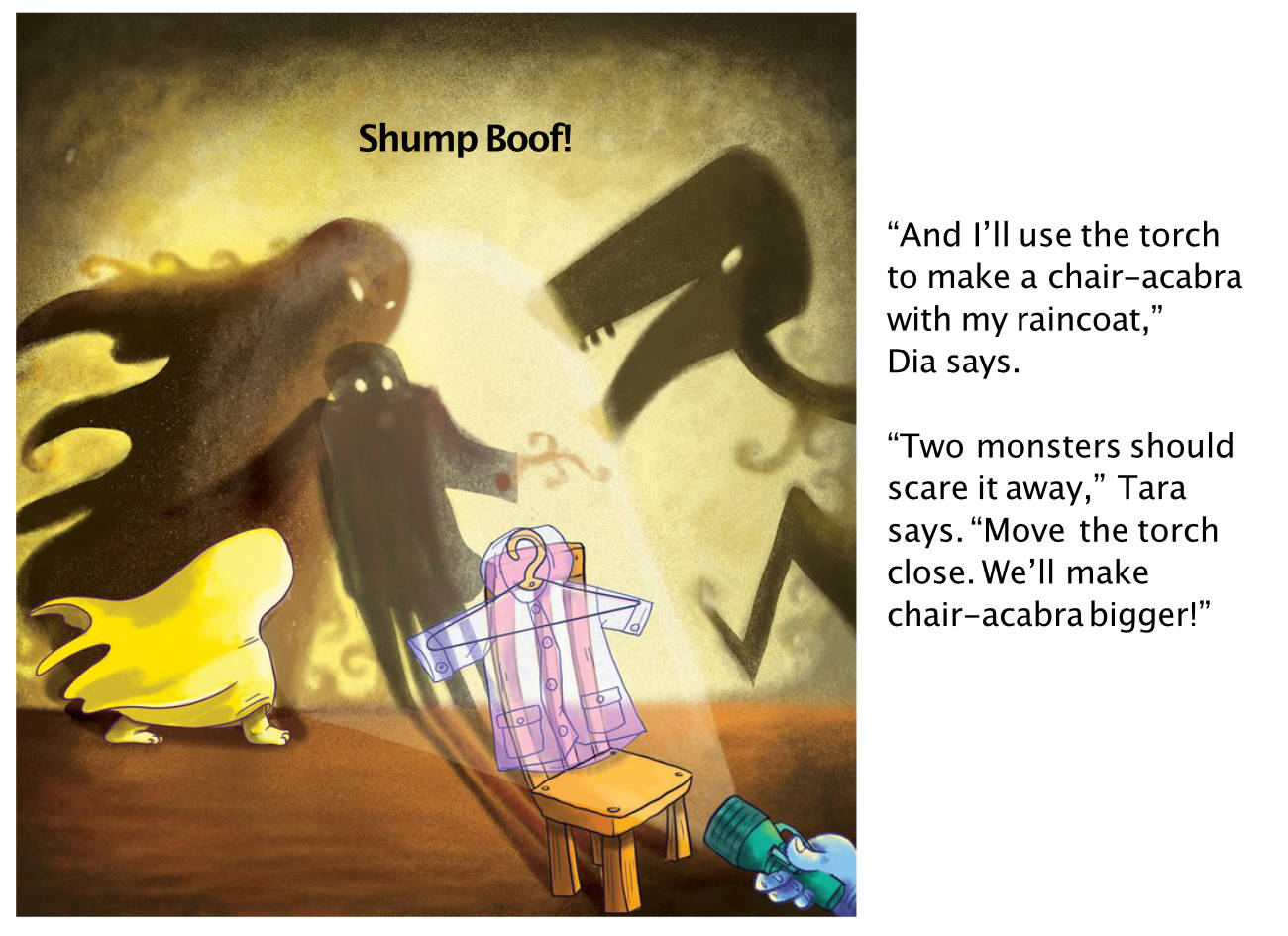 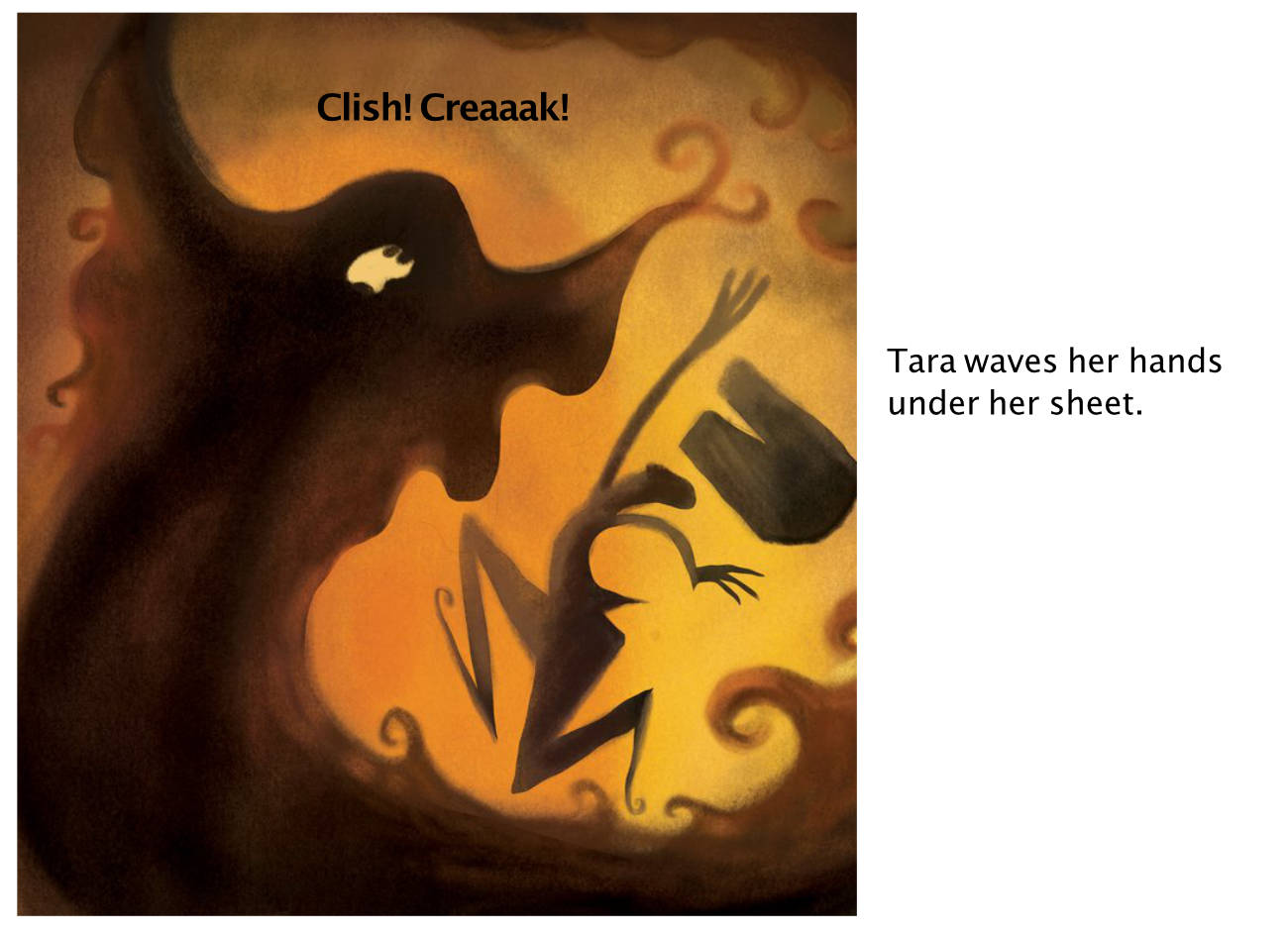 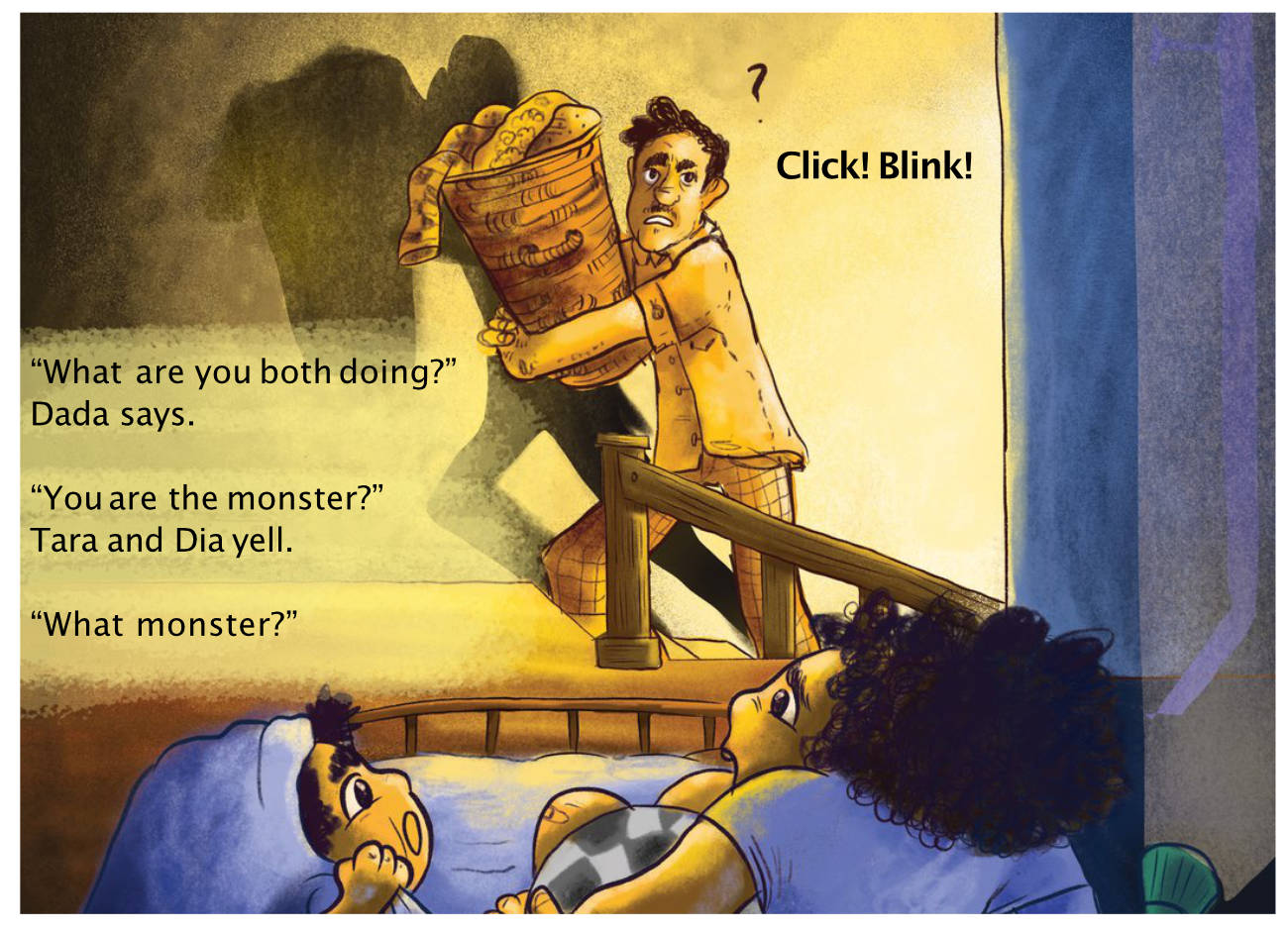 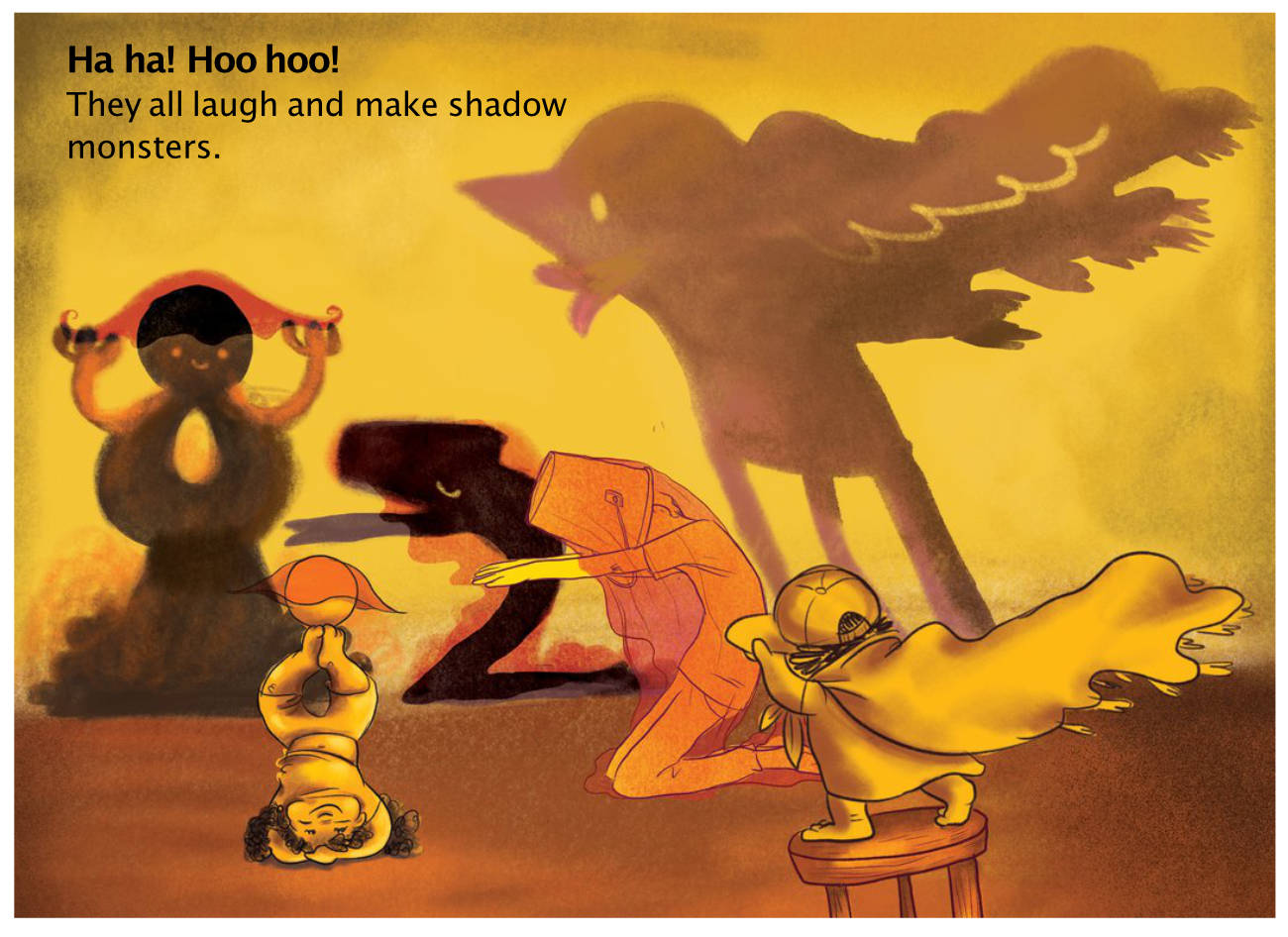 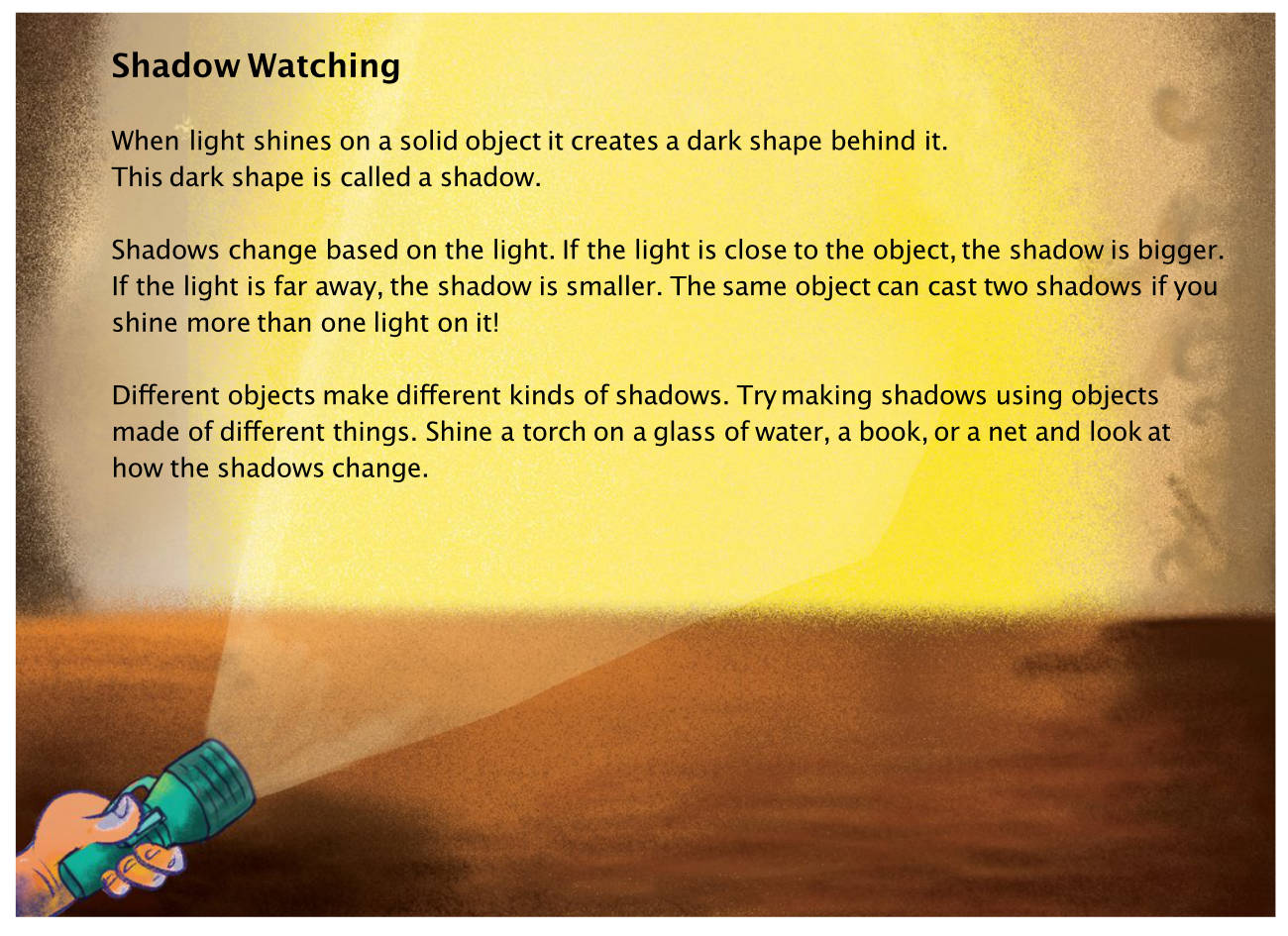 Let’s Discuss The Stories ~ Ideas for Talking With Kids

1. Dia and Tara come up with a great plan for scaring away the shadow monster. Can you think of any other ideas they might have used?

2. Can you create some new shadow monsters with your hands?

Shh! What’s That? (English), written by Sanjana Kapur, illustrated by Kaveri Gopalakrishnan, supported by Oracle, published by Pratham Books (© Pratham Books,2019) under a CC BY 4.0 license, first released on StoryWeaver. Read, create and translate stories for free on www.storyweaver.org.in

* THE STORY ‘SHH! WHAT’S THAT?’ WAS CREATED BY PRATHAM BOOKS AND IS LICENSED UNDER A CREATIVE COMMONS -BY-4.0 LICENSE. FORMATTING CHANGES HAVE BEEN MADE TO THE ORIGINAL WORK FOR EASE OF READING ON OUR WEBSITE.

Catch A Ride On Raindrops