Greg got up that morning the same as always. He looked around his room with its tall, clear walls and went to get a drink from his dish. As he shook off the last bits of sleep he looked out his walls to see what the people were doing. They were putting decorations all over the house. Big red and green things that Greg didn’t understand. In particular, a lot of them seemed to show a big fat guy in red pajamas and a white beard. Molly was asking her big sister, Mabel, a lot of questions.

“Of course he is. You wrote him a letter, didn’t you?”

“I told you, Molly. Santa visits everyone who writes him a letter.”

“But how does he do it all in one night?”

“Magic, of course. I don’t know exactly how it works, but I think he can freeze time or something.”

There were a lot of words that Greg had never heard before. Santa. Christmas. Rudolph. Some King or other called Nat. It was all very confusing to Greg. Luckily, later that day, Molly reached into Greg’s room and picked him up to show him something.

“Look how beautiful our tree is, Greg.”

Greg looked and saw a large evergreen tree inside the house covered in colored lights and other ornaments. He had to admit it was beautiful but he didn’t exactly know what it was for.

“And tomorrow night, Santa’s going to come and leave us presents for Christmas. And I asked him to bring something for you, too. Even though I don’t know what turtles want for Christmas. Well, I’d better put you back. I have to go help Mommy in the kitchen.”

It was a very confused turtle whom Molly returned to his room a moment later. Christmas? What’s Christmas? And who is this Santa who’s supposed to bring me something? It was very overwhelming. But that night, many of his questions were answered. His room happened to be in such a place that it faced the TV so when the girls watched a movie called “A Christmas Carol” he learned a lot about this Christmas business.

Evidently, Greg concluded, it’s a holiday that happens in the winter where everyone gets together and eats and drinks and has lots of fun and gives each other presents. It sounded nice, but it still left Greg with one burning question:

Do turtles have Christmas?

The holiday, it seemed, had something to do with a little baby called…something with a “J”, he couldn’t remember. But the impression that Greg got was that this “Christmas” was this baby’s birthday. Did you have to know the baby to celebrate? Are turtles allowed to celebrate? It seemed to have a lot to do with presents. Was it still Christmas if you didn’t get a present? Or give one?

Greg spent much of the night pondering these questions and the next day (which Molly said was called “Christmas Eve”), the girls watched some more movies and shows which told Greg a little more about the holiday. This Santa fellow lives at the North Pole and on Christmas Eve (that’s tonight! he thought with some excitement) he flies in a magic sleigh pulled by eight flying reindeer and delivers gifts to all the good little boys and girls and…

His heart sank. Boys and girls. Not turtles. He was a boy turtle, sure, but he had the clear impression that this is not what they meant. Oh well, he thought, as he watched another show about a snowman with a special hat. No Christmas for me.

That night, Greg was awakened by a strange sound. A sort of “THUD” as if something had landed on the roof. Greg was frightened. If it was burglars, he was ill-equipped to do anything about it except hope and pray that turtles were not valuable on the black market. But then he heard another sound: Bells! Very small bells! He remembered from his TV research that Santa’s sleigh had bells on and often landed on rooftops. Am I going to get to see Santa Claus?

He did! Santa came down the chimney and set about his work. Putting packages under the tree, eating milk and cookies, filling the stockings. Greg watched him, transfixed. The bright smile, the red suit, the white beard. He’s just the way I thought he’d be, said Greg to himself. I may not get any presents, but it’s enough to get to see him!

And then, just as Santa was about to leave, he turned his head in the direction of Greg’s room. He looked at the turtle and smiled.

“Well, hello there, Greg!” he said as he walked over to him. “You don’t remember me, do you? Well, you wouldn’t, I guess. You were so very small when I brought you here. You see, you were Molly’s Christmas present last year. And she asked me to make sure you got a present this year. Don’t look so surprised,” said Santa, kindly at Greg’s reaction. “Didn’t you know? Christmas is for everyone. And you’ll get a present, too…but only if you go right to sleep! Now, now, rules are rules. If you want your present, you’ll just have to wait till morning.”

Greg shut his eyes obediently and tried to fall asleep.

He heard Santa place something inside his room and creep away. In another moment he heard the sleighbells, the muffled cry of Santa and then…nothing. Santa was gone. It was tempting, but Greg kept his eyes shut until he fell asleep.

“Merry Christmas!” Greg woke to the joyous cry of Molly and Mabel as they ran downstairs for their presents. Their parents followed, somewhat less enthusiastically, but still all smiles. Greg watched through the walls of his room as the girls opened their presents and showed them off for their parents. It was a wonderful scene and Greg was very happy to have seen it.

“Look,” said Molly, suddenly. “Santa left something for Greg, too.” Greg had almost forgotten. With the great effort that it took for him to move at all, Greg turned around and saw…a great big head of lettuce! And it was all for him. As Greg began to munch on the crisp green leaves he thought of what Santa had said to him before he left.

“Merry Christmas, Santa,” he thought. “And thank you for the best Christmas I ever had.” 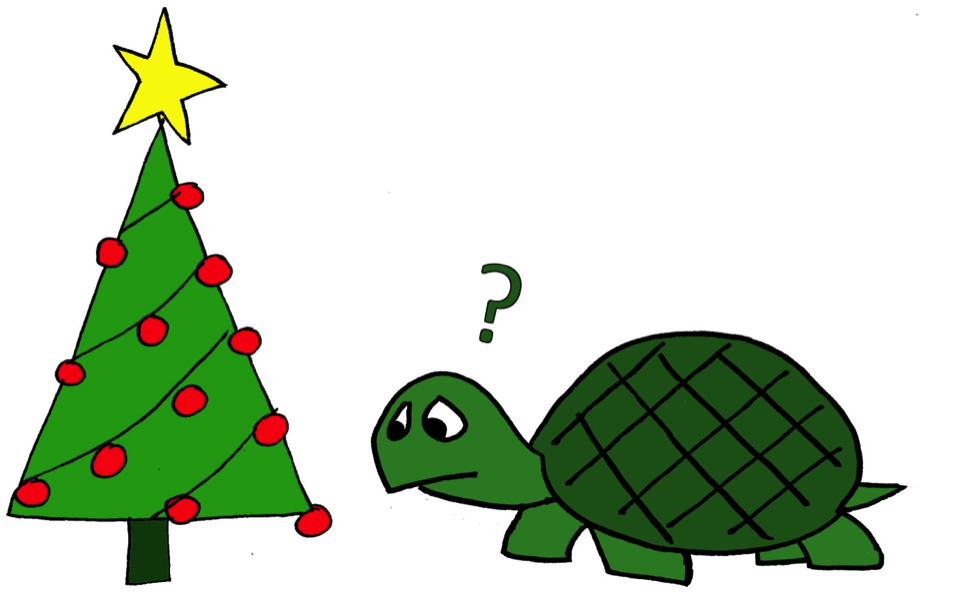 1. Santa chose a present for Greg that was just perfect for him. How do you think is the best way to choose Christmas presents for the people we love?

1. Do you think animals should also celebrate Christmas? Why or why not?

The Fisherman and His Wife