Or, what does Santa do after Christmas?

Most children are far too busy playing with their toys to even think about what Santa does after Christmas.

But it really is very easy to guess. When he gets back to Santa Land, he eats a huge bowl of porridge, his favourite, and then he goes to bed and sleeps for a week.

Yes, that’s right – a week and nobody can wake him up. All the elves wear earplugs because his snoring is so loud.

The elves and the reindeer usually sleep for a day or two themselves; or maybe three. Well, they have all been so busy, and they are so very tired.

Santa doesn’t sleep in his bed for his extra-long sleep after Christmas sleep, Mrs. Claus is pleased to say. He has a giant extra-large beanbag for extra-long snoozy snoozes. 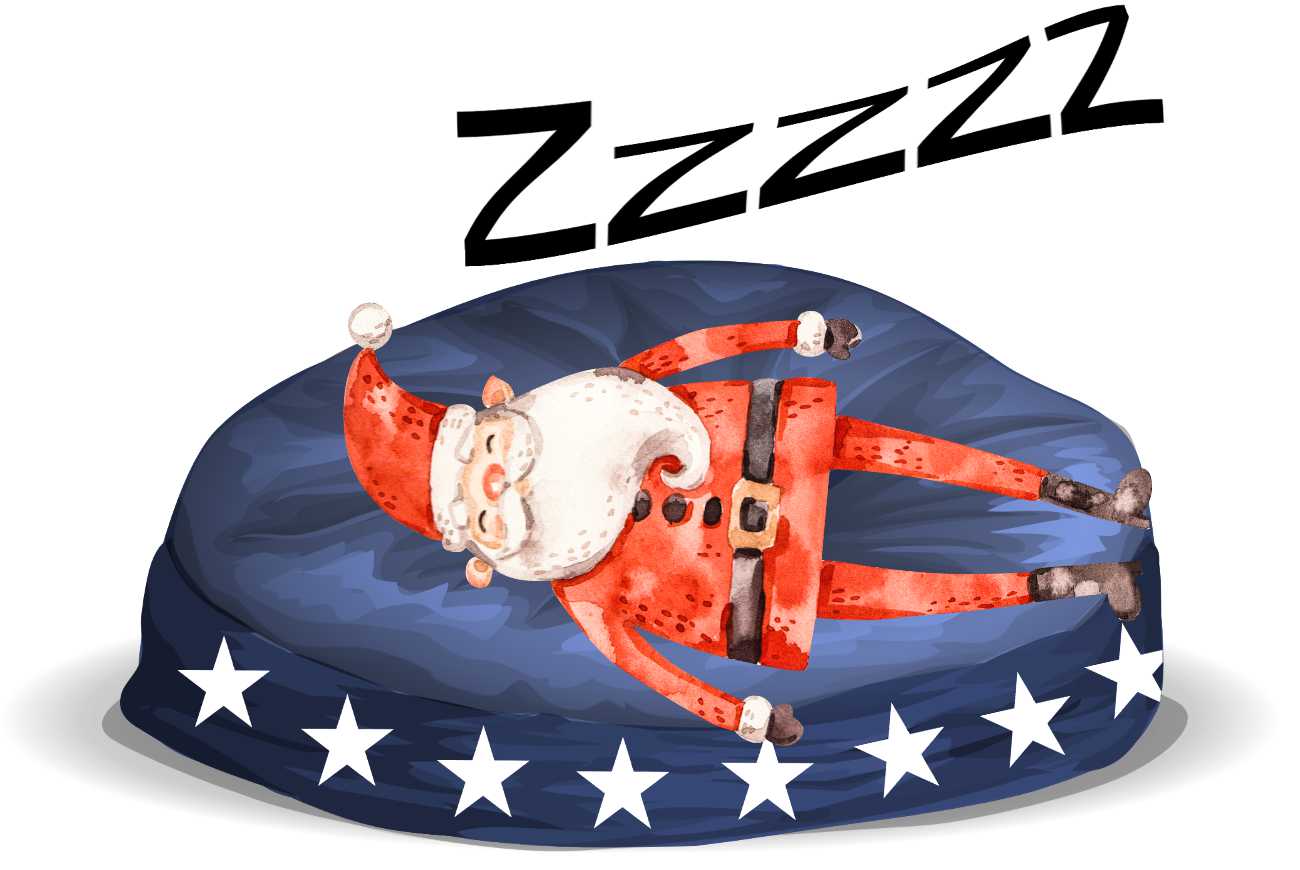 He tried a hammock but kept falling out.

He tried a water bed, but he was seasick.

He tried an airbed, but he was far too heavy – it hissed and fizzed all night long until it was as flat as a pancake by morning! And Santa had backache for a month.

Santa’s beanbag is big and squashy, and it is an enormous Santa size, and it is blue with white stars. After Christmas Santa is a bit fed up with red as you can imagine.

And his red coat and black boots are sent down to the elves laundry-room to be washed and all the buttons and tears repaired. Climbing up and down chimneys and steering a sleigh at high speed can ruin a red coat.

When Santa wakes up with a huge yawn and giant groan. He has a big breakfast, even if it isn’t breakfast time. And then it is time to plan the famous After-Christmas Party.

All the elves, reindeer and Santa just love that After-Christmas Party.

At the After-Christmas Party, there is just about everything that makes it into a special party. There are cakes – sticky cakes with jelly beans, and chocolate fudge. 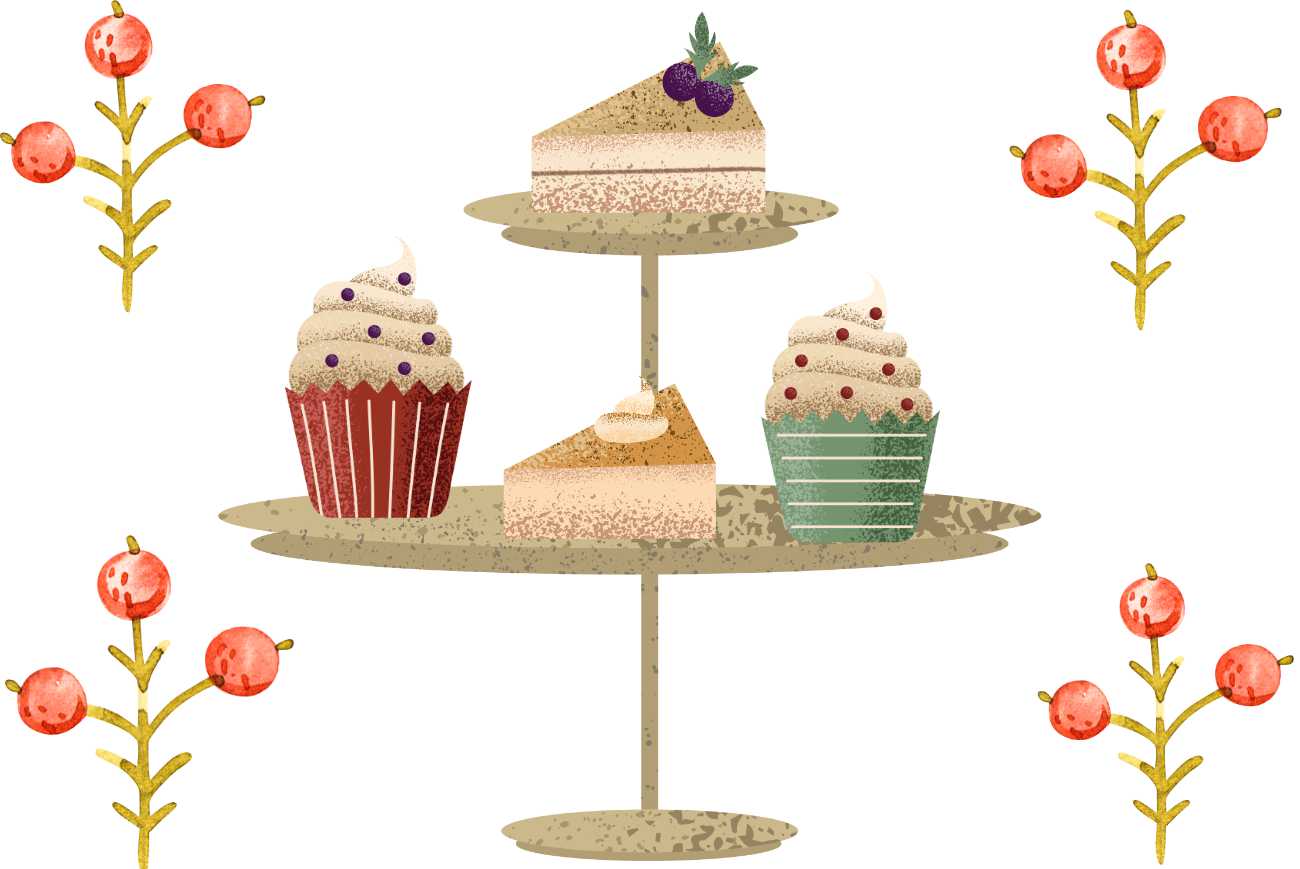 There is ice cream; all kinds of special melting tastes. There is a chocolate fountain with fresh fruit to dip.

There are games, everybody has their favourite party game. The elves love bursting balloons, so there are lots of noisy games. Stick on the reindeers’ tail is always a big hit– the elves have blindfolds and the tails are soft and fluffy and nobody wins.

There are lots of games with music, too – musical bumps is noisy, too, and everybody’s funniest game. Have you ever seen a reindeer bump with a thump onto a cushion when the jingle music stops?

And then there are presents. Silly presents, the sillier the better – the presents are all wrapped in bright paper – no red! 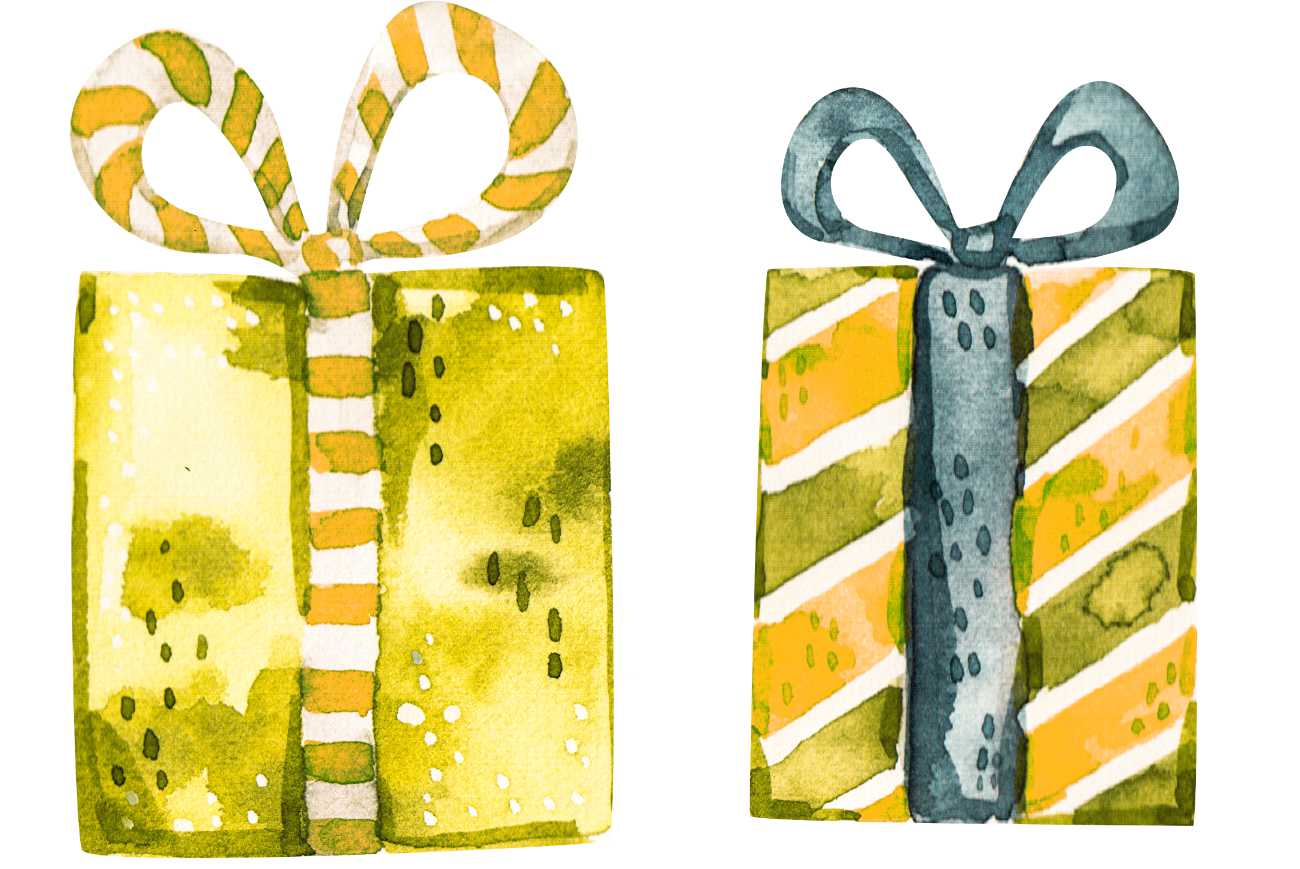 They are piled up high and all the names of all the elves are put into a big bag. Santa picks one of the presents from the huge pile and then dips into the bag to pick a name – so, who gets what?

That’s the fun – and nobody knows.

And everybody says – this is the best party ever! Well, until next year, it always is! 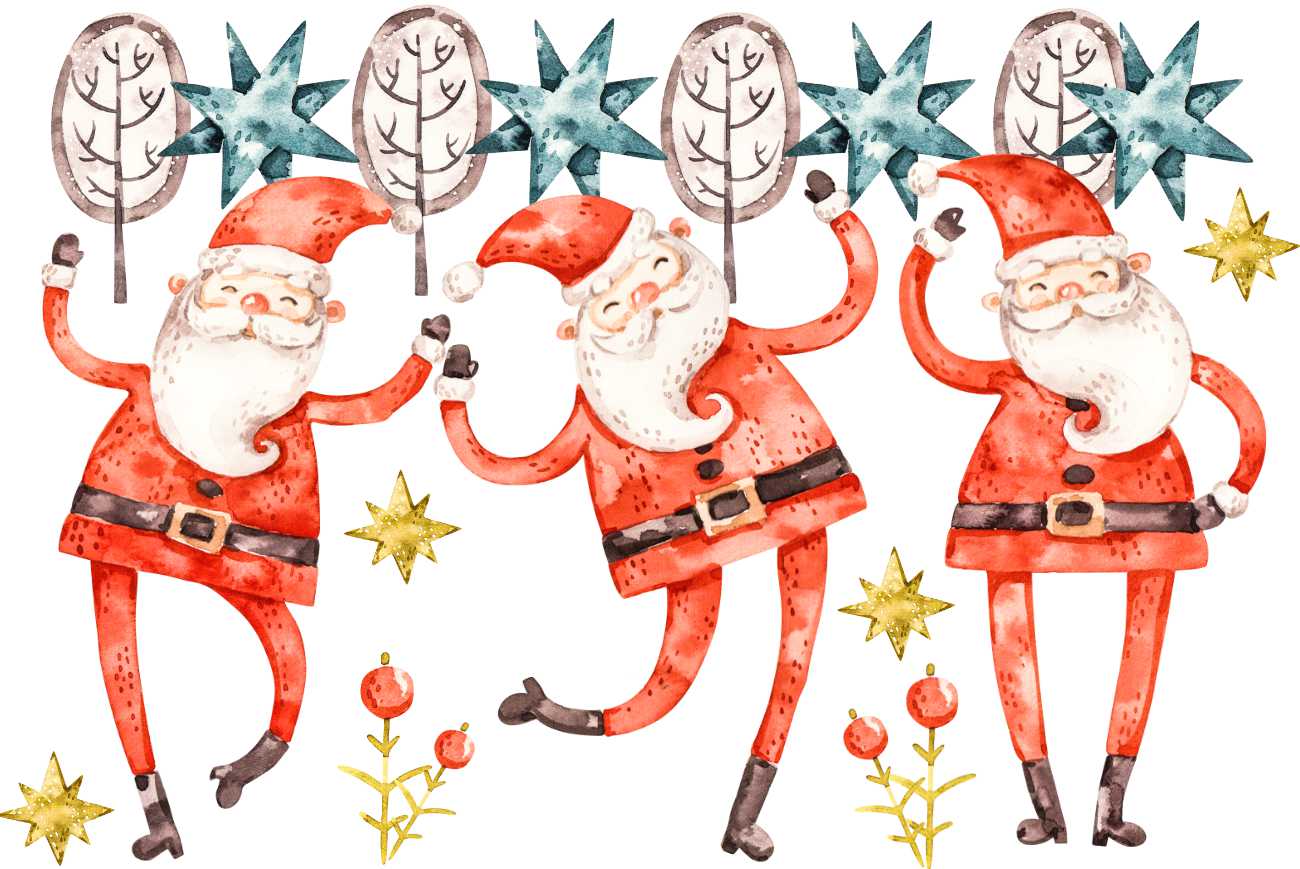 I know a lot of children would like to go to Santa’s Extra Special After-Christmas Party – but, sorry, it’s an ‘elves and reindeer only’ party.

But maybe there is something you children can do for Santa – and it only takes a minute or two!

Just one thing you really can think about. You all write to Santa with your special wishes… but do any of you ever send a little thank you after you got your toys? Just something to think about, girls and boys.

A note or a picture just to say thanks to Santa? Why not! But… not on red paper please!

1. Can you imagine the things you might do after Christmas if you were Santa Claus?

2. How do you think Santa would feel if he received a thank you letter? Why?