A Talking Book, to Chat About Art

Hieronymus Bosch was a painter from long ago with a big imagination. He created a very famous painting called The Garden of Earthly Delights. Now while you or I might think that a garden full of delights would include sweets, scooters and party tooters, Hieronymus Bosch had some very strange ideas about what would go in his garden!

Your mission is to decide why Hieronymous Bosch put so many funny things in his garden. You get extra hugs if you can find all the things in the picture above! Every time you do, you are allowed to say “Oh Hieronymus Bosch!” as loudly as you like. 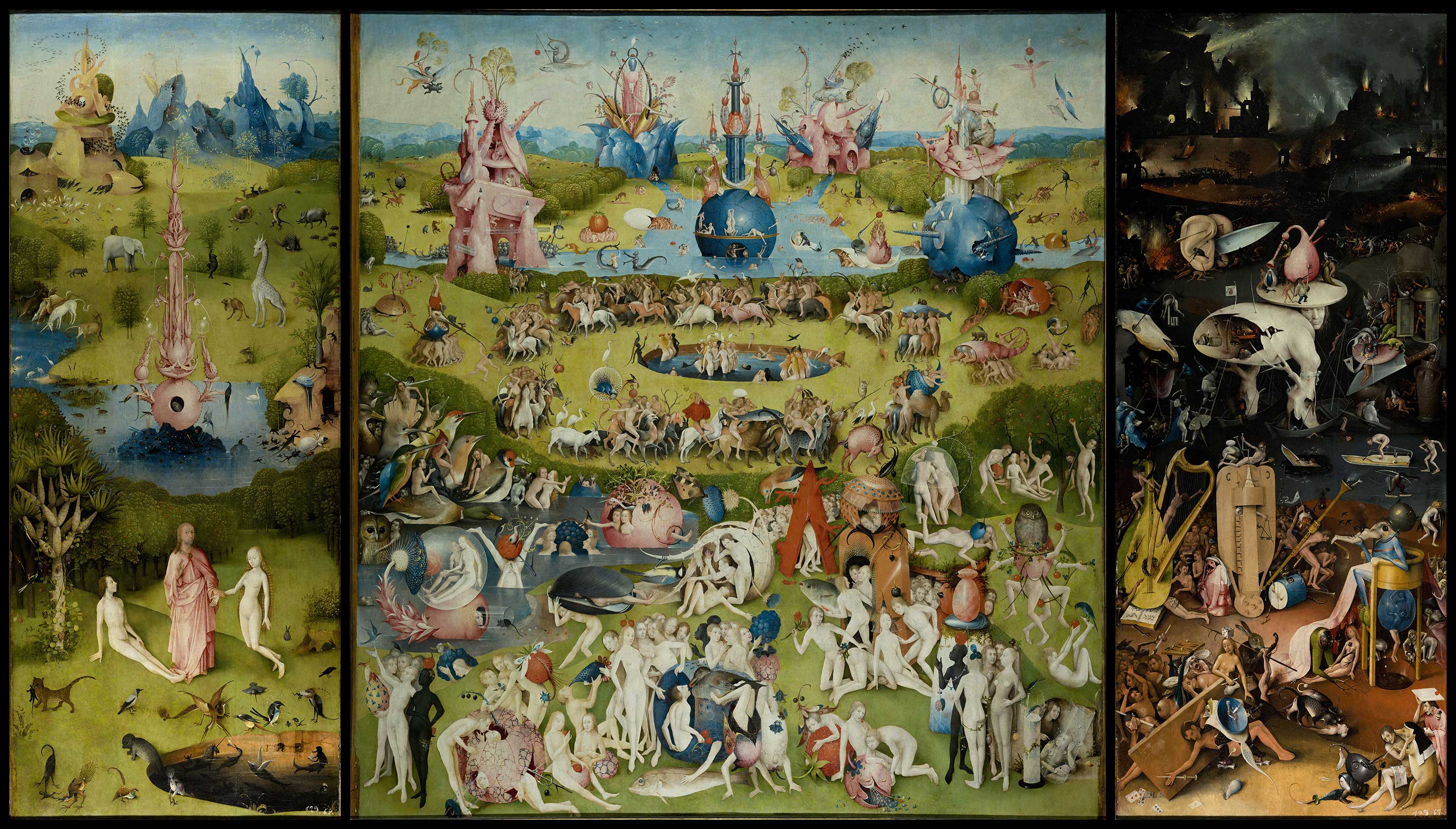 This duck has a beak made of two silver spoons.

Only, have you ever tried to eat something with the wrong end of the spoon?

I think this duck would have a lot of trouble eating yoghurt! What do you think? 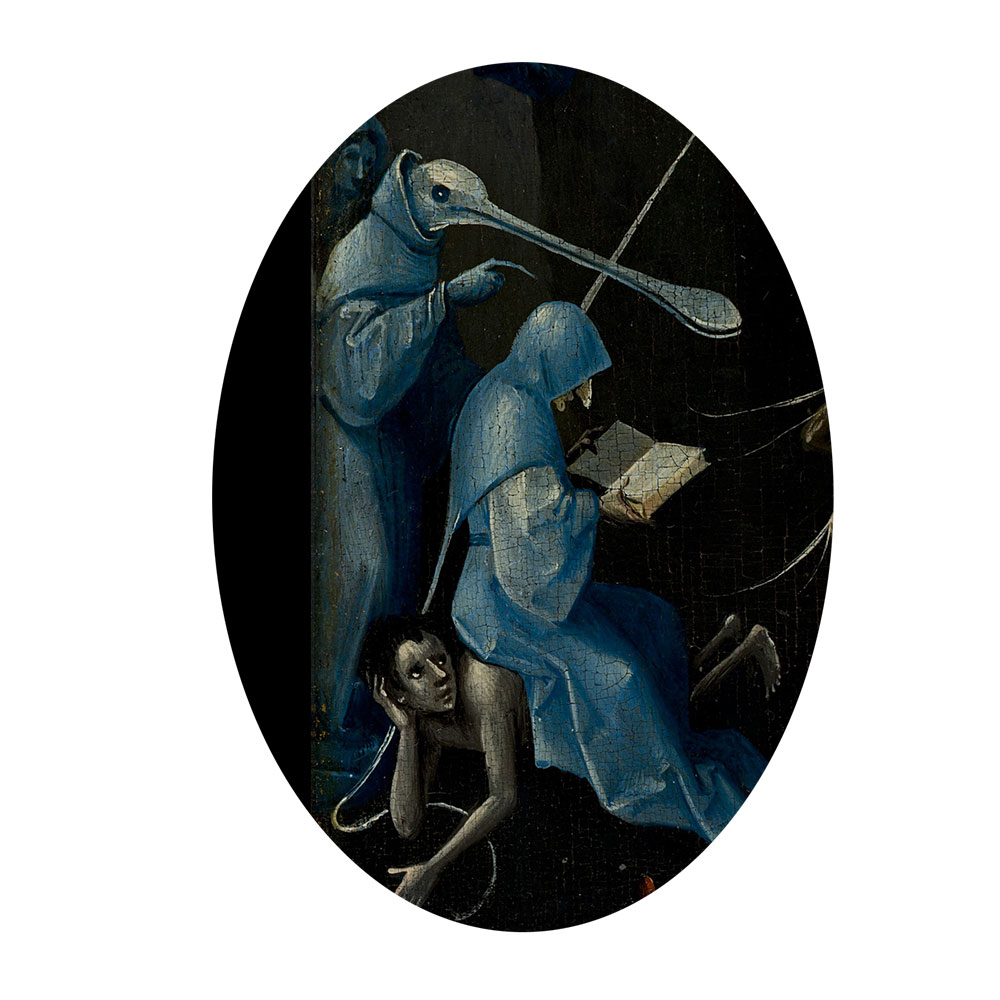 This owl looks like he’s dancing, with lots of legs and arms.

Or perhaps he’s just sitting on a big pink egg, while people dance beneath him.

Have you ever done either of these things? (I don’t imagine you have…) 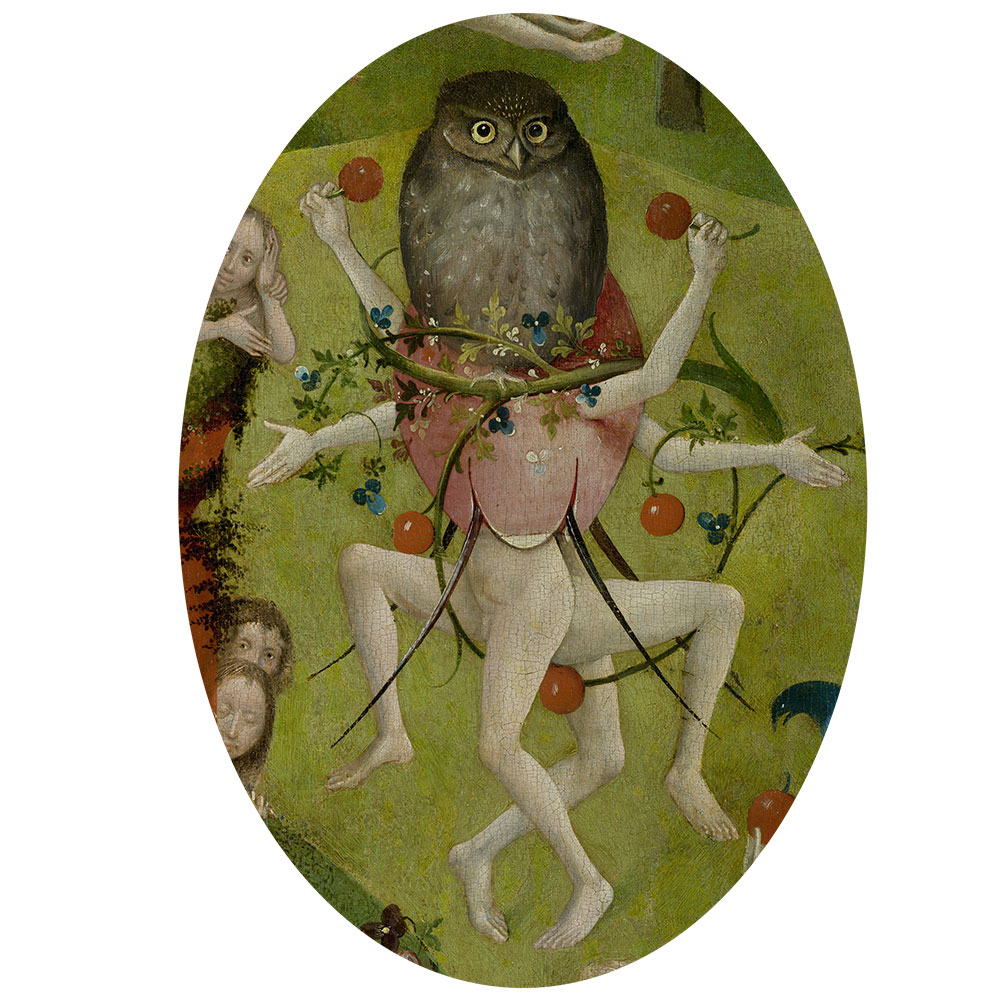 These ladies were having a lovely game of volleyball in a flower,

Until a bird with a long beak came and spiked it.

Now what will they play, without a ball, and all squished together in a flower like that? 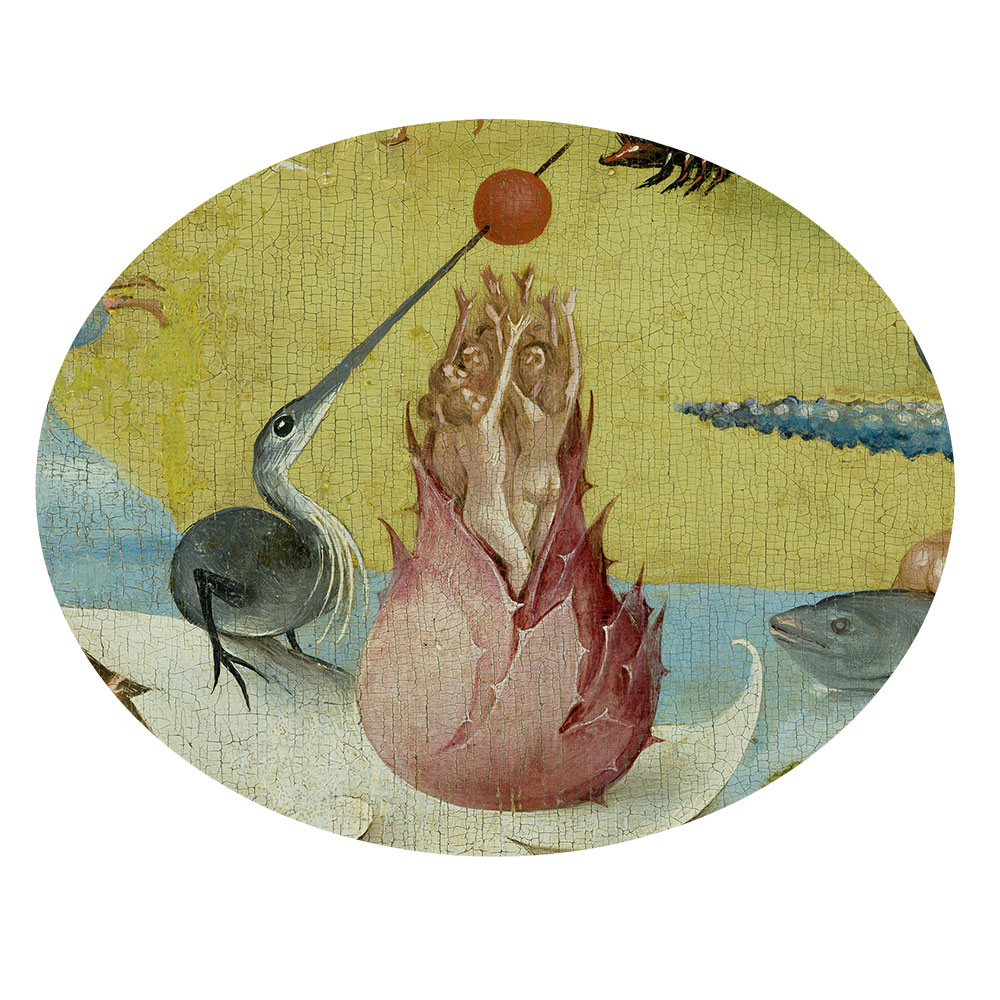 I’ve always thought it would be fun to ride an elephant,

But this monkey looks like he wishes he took the bus instead.

What do you think he’s sad about? 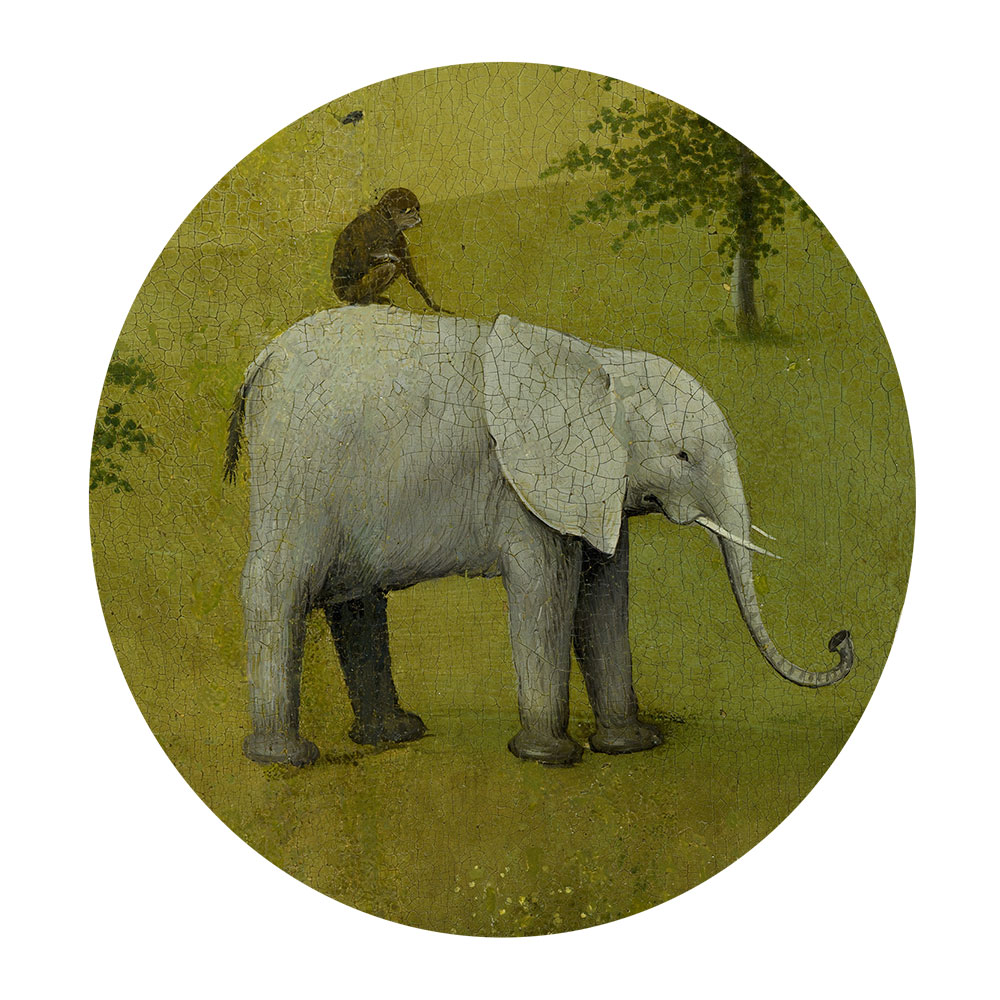 These people found a transparent umbrella to use in case it rains.

But I can’t see the handle. Can you?

How are they holding their umbrella up?

There’s a unicorn in the garden, but it must be hard to drink

Without your horn getting wet.

What do you think happens to a unicorn when its horn gets wet? 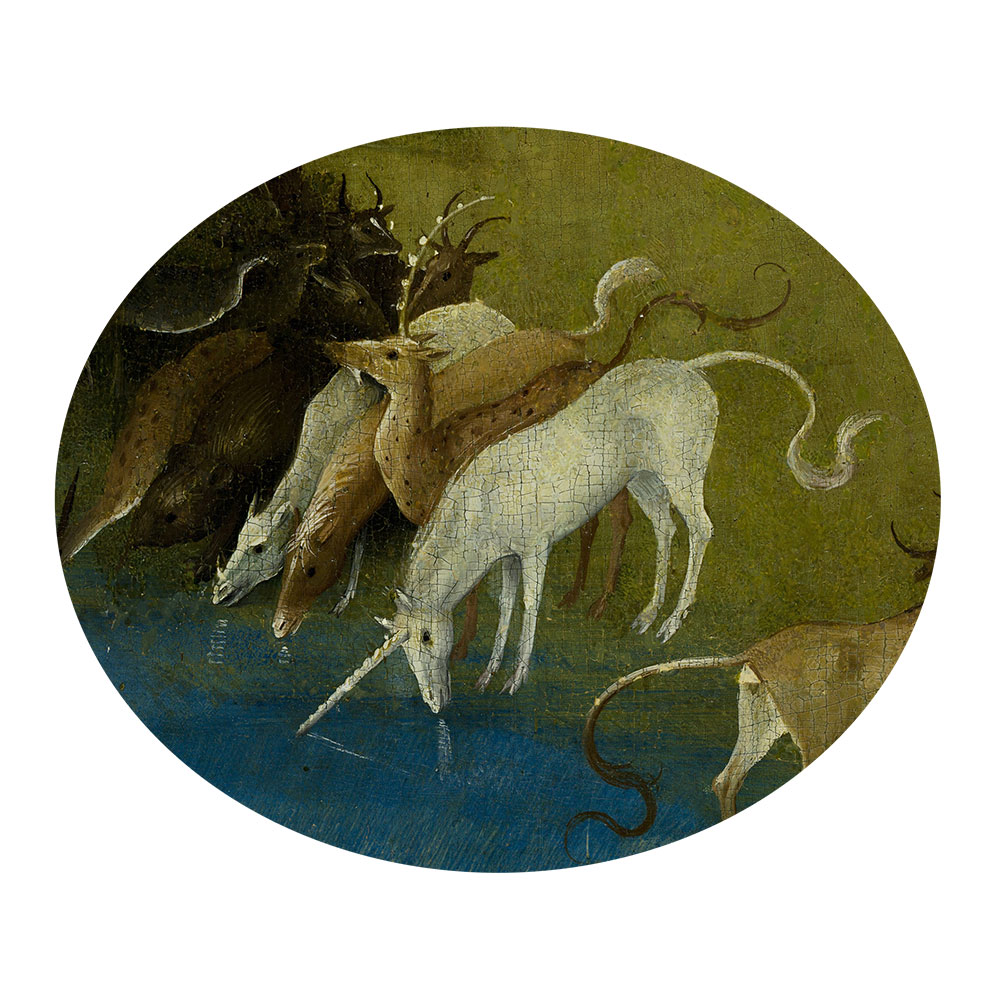 Why is this bear up a tree?

Is it climbing up or climbing down?

Why is it in a tree at all? 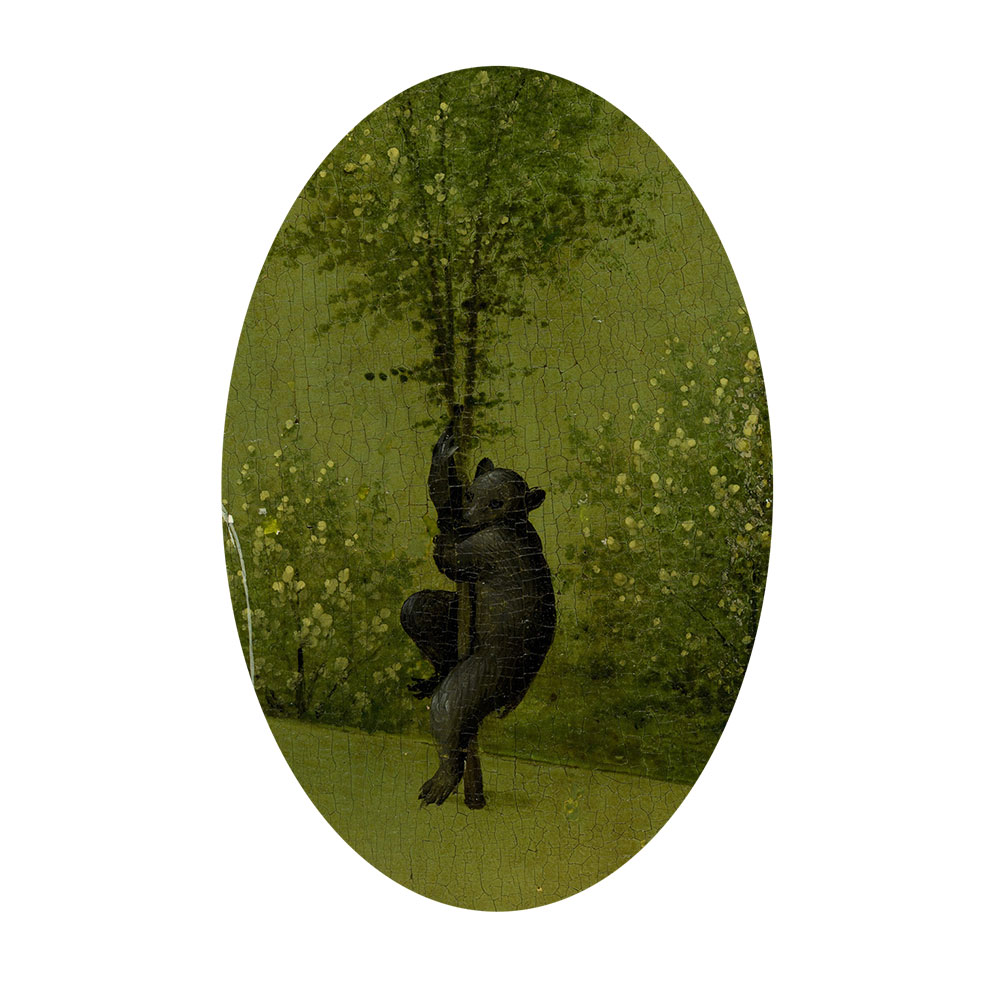 Have you ever seen a blue porcupine in a bubble?

How do you think he got inside, without the bubble popping? 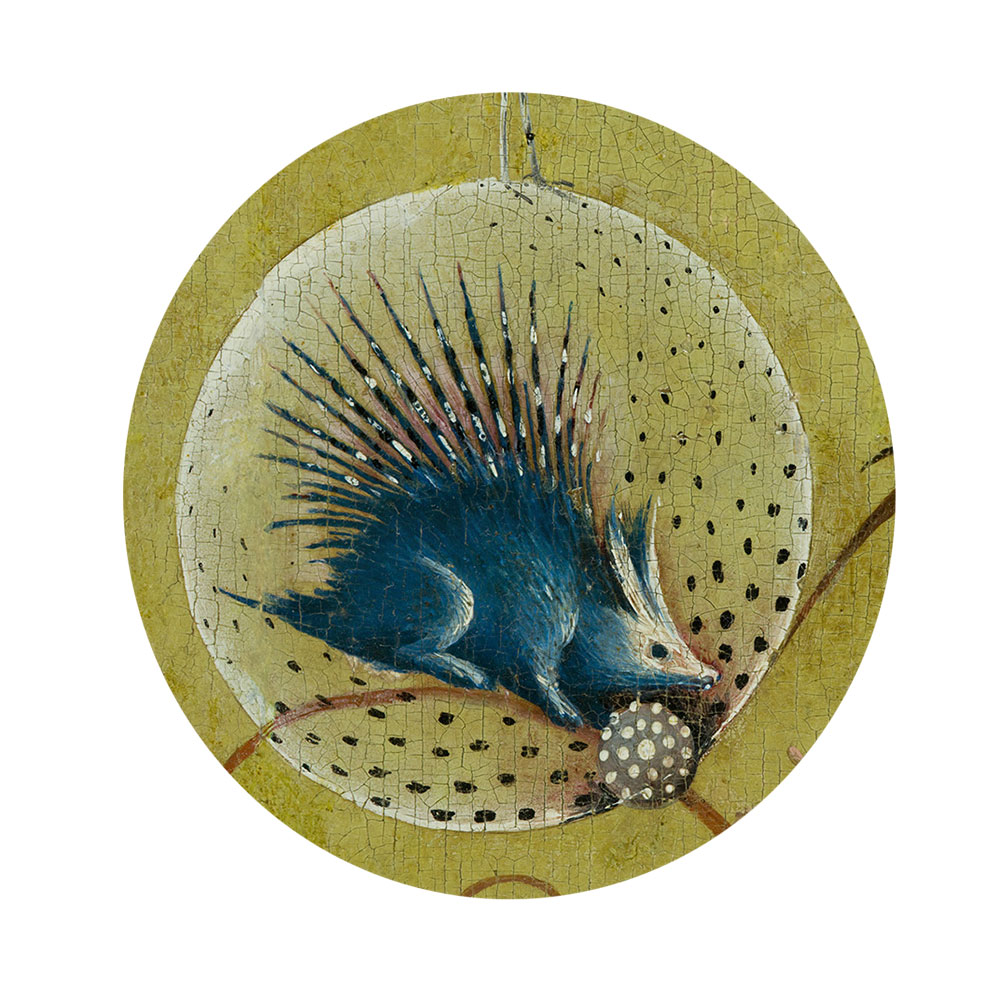 What game do you think they were playing in the garden 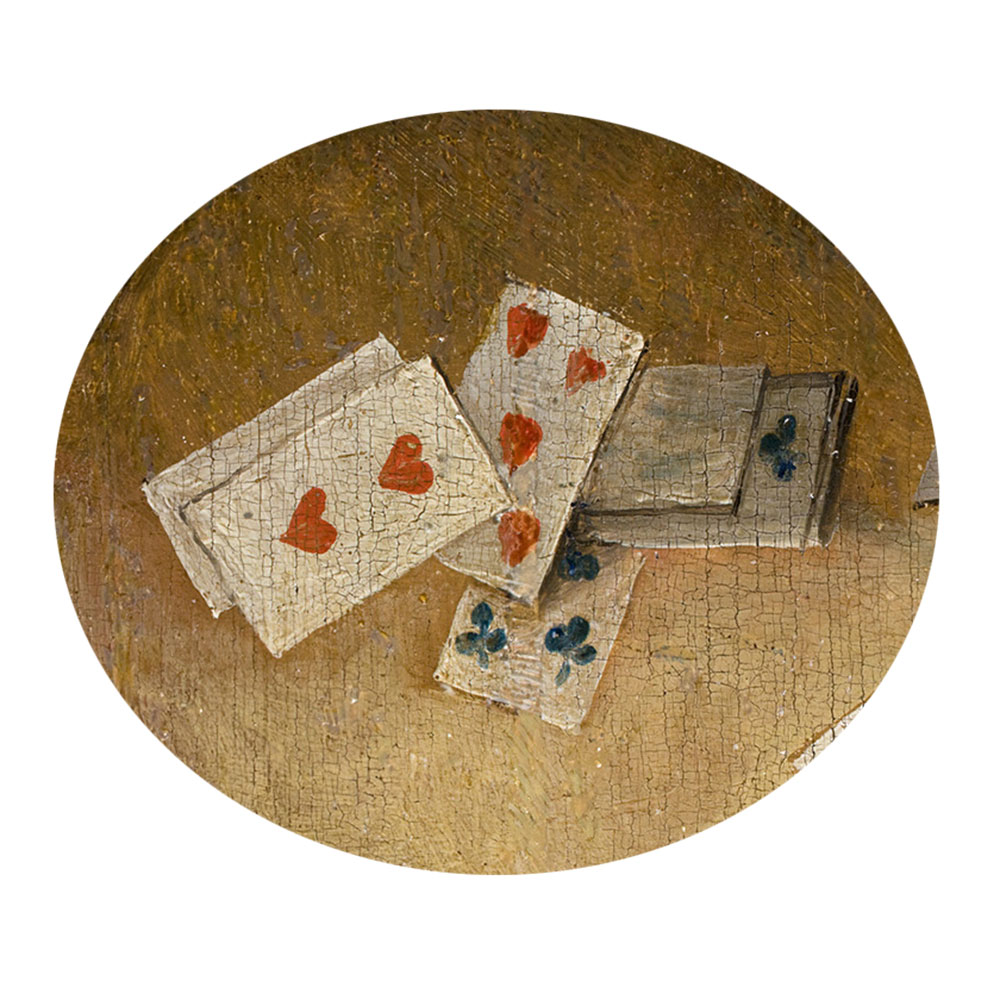 This spotted leopard seems very proud to have caught a lizard.

What do you think he plans to do with the lizard?

What do you think the lizard is saying? 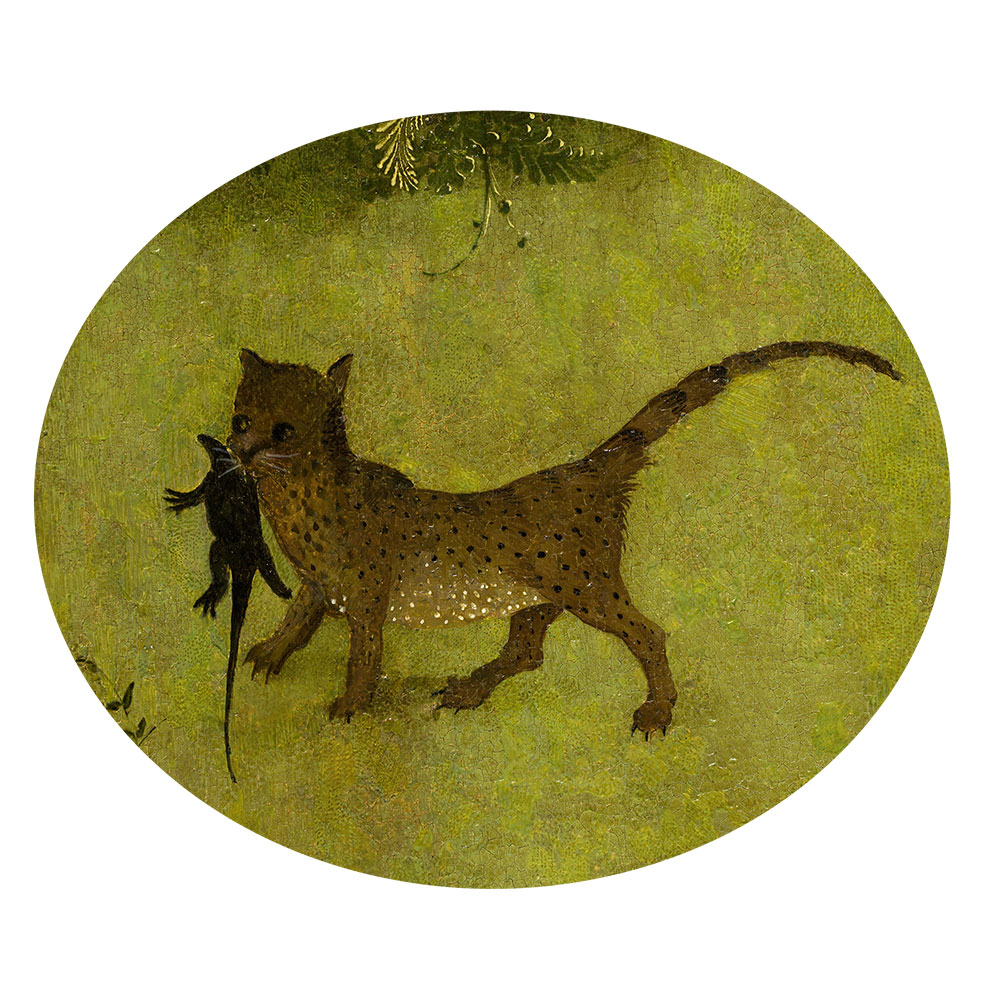 If I had a giant owl I would certainly give it a big cuddle like this man is doing.

What would you do if you had a giant owl? 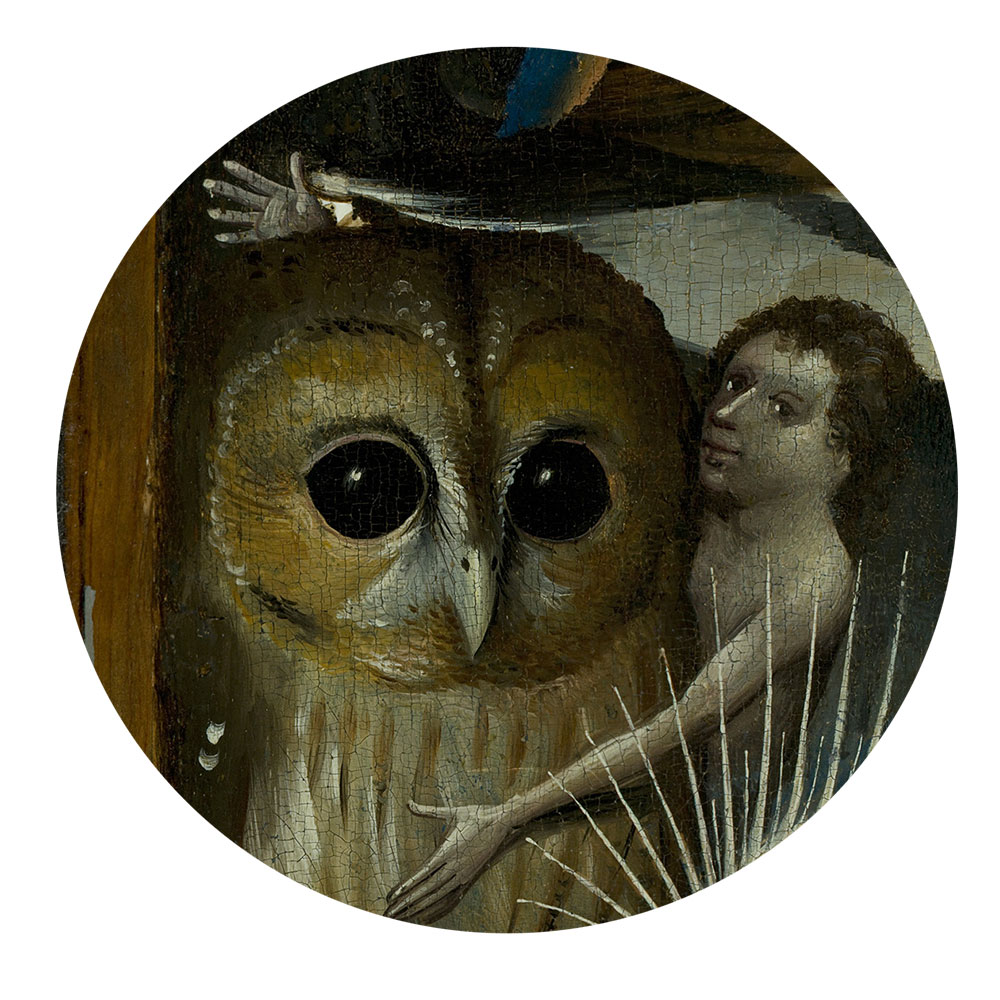 Have you ever tried to stand on your head with someone else?

How about balancing upside down, like these two people are doing?

Is it as easy as it looks? 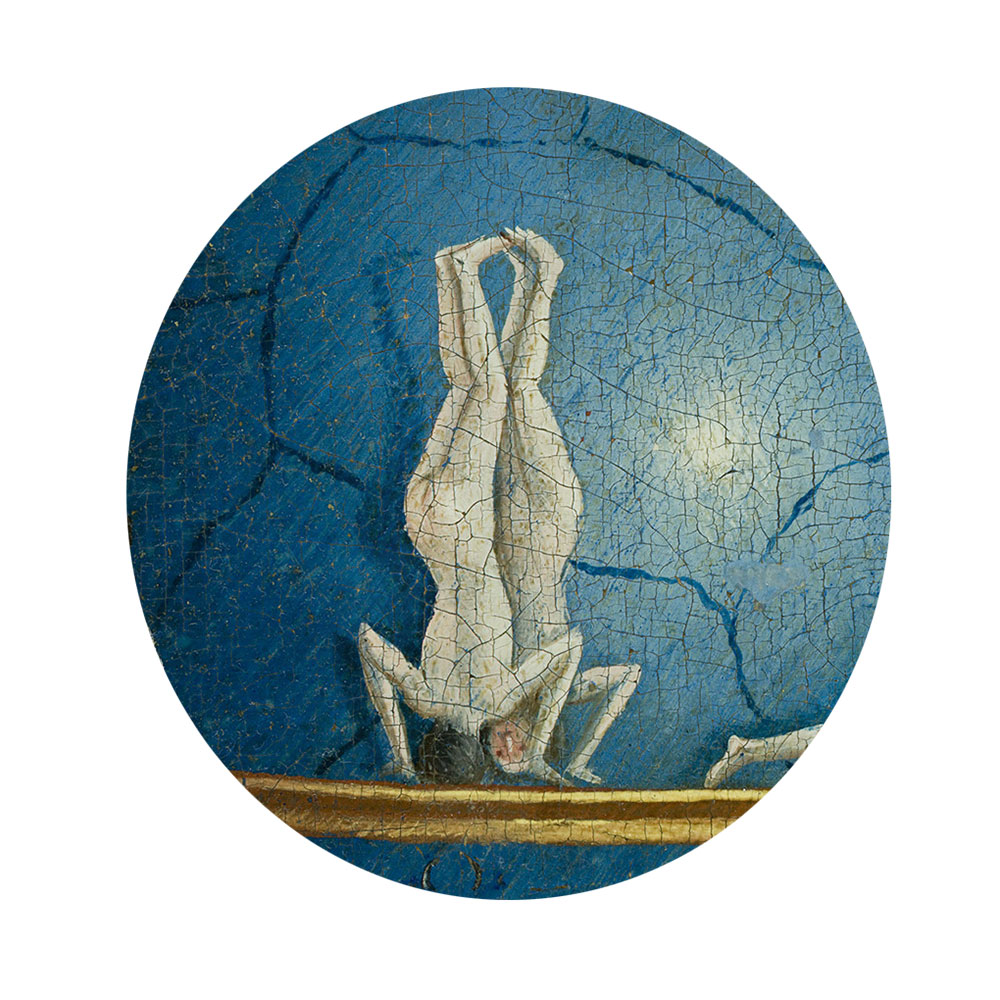 These birds are all in a hurry to get somewhere

But they seem to be taking the long way.

What do you think the first bird said, 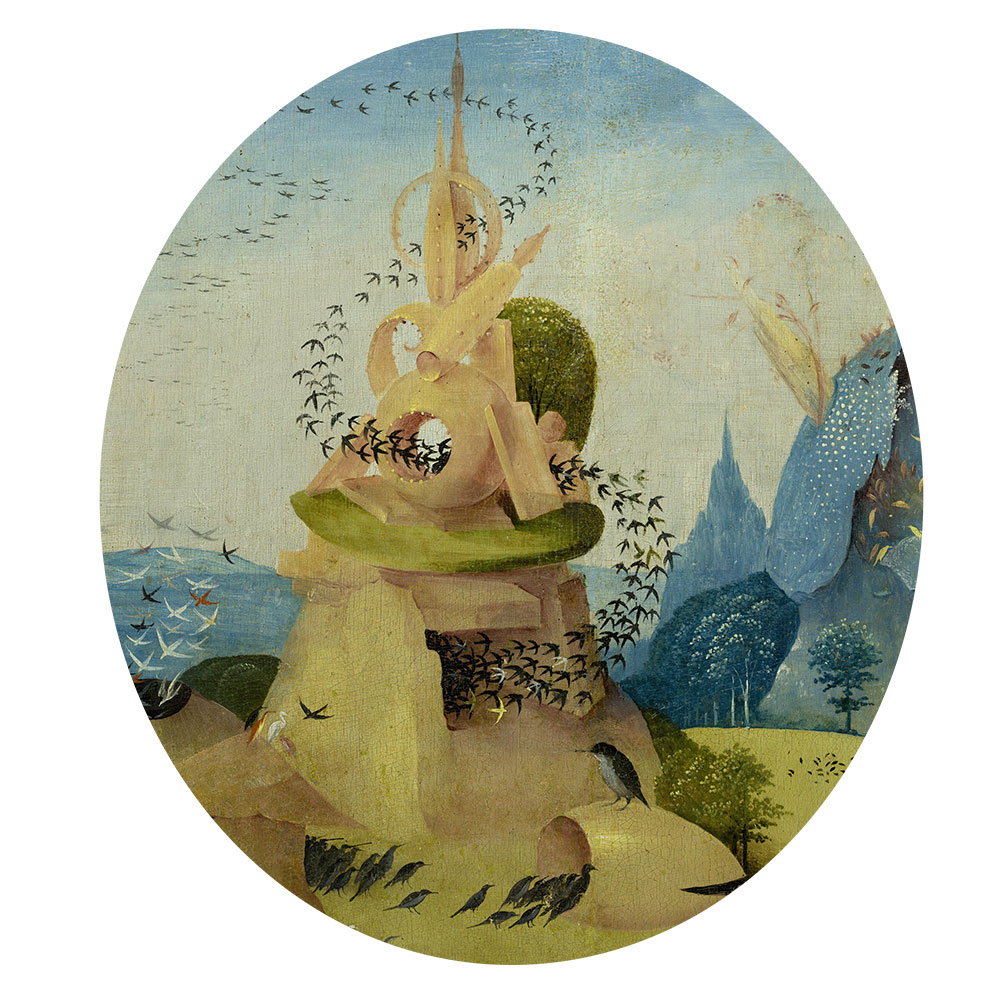 Look at this man’s face. Is that the face you’d make if a pig were trying to kiss you?

But what if the pig was wearing a hat, almost like a person?

Would you let it kiss you then? 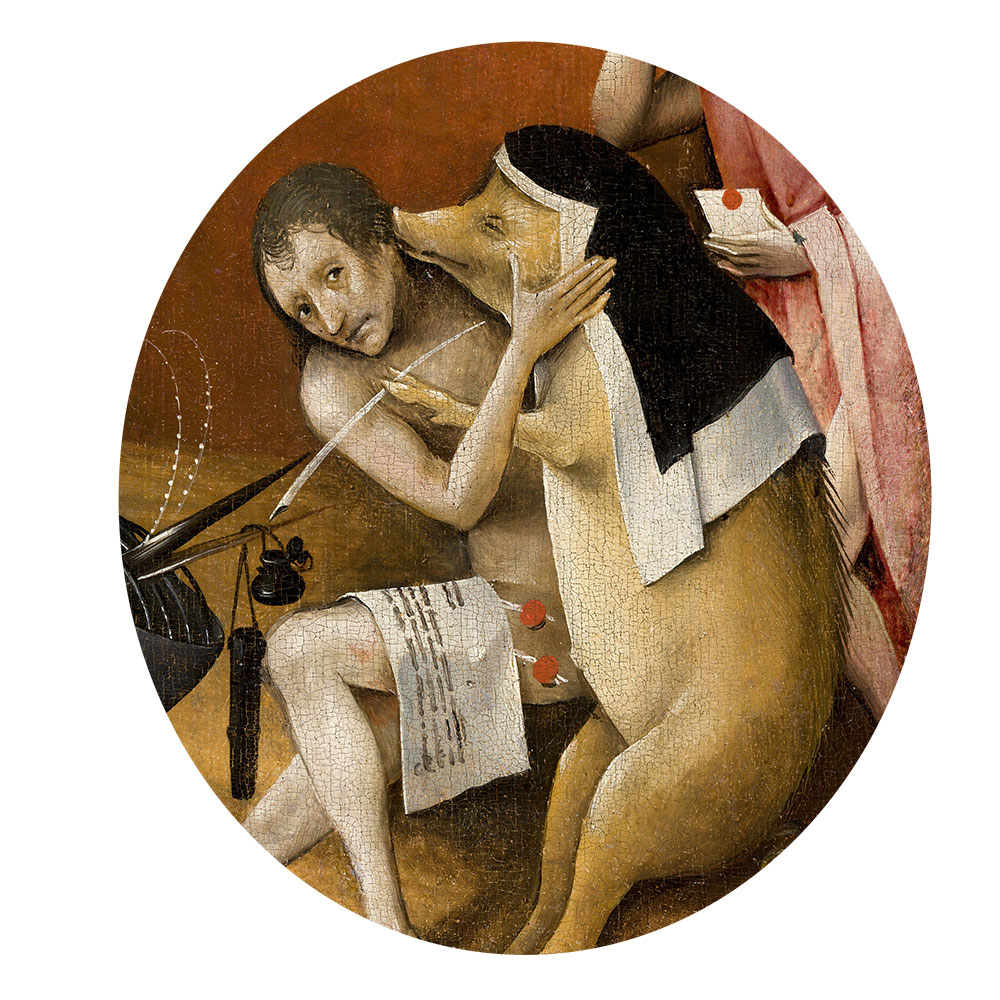 Every time you’re hungry, you might think of this kind bird

Who imagines people are her babies, and brings them giant berries… 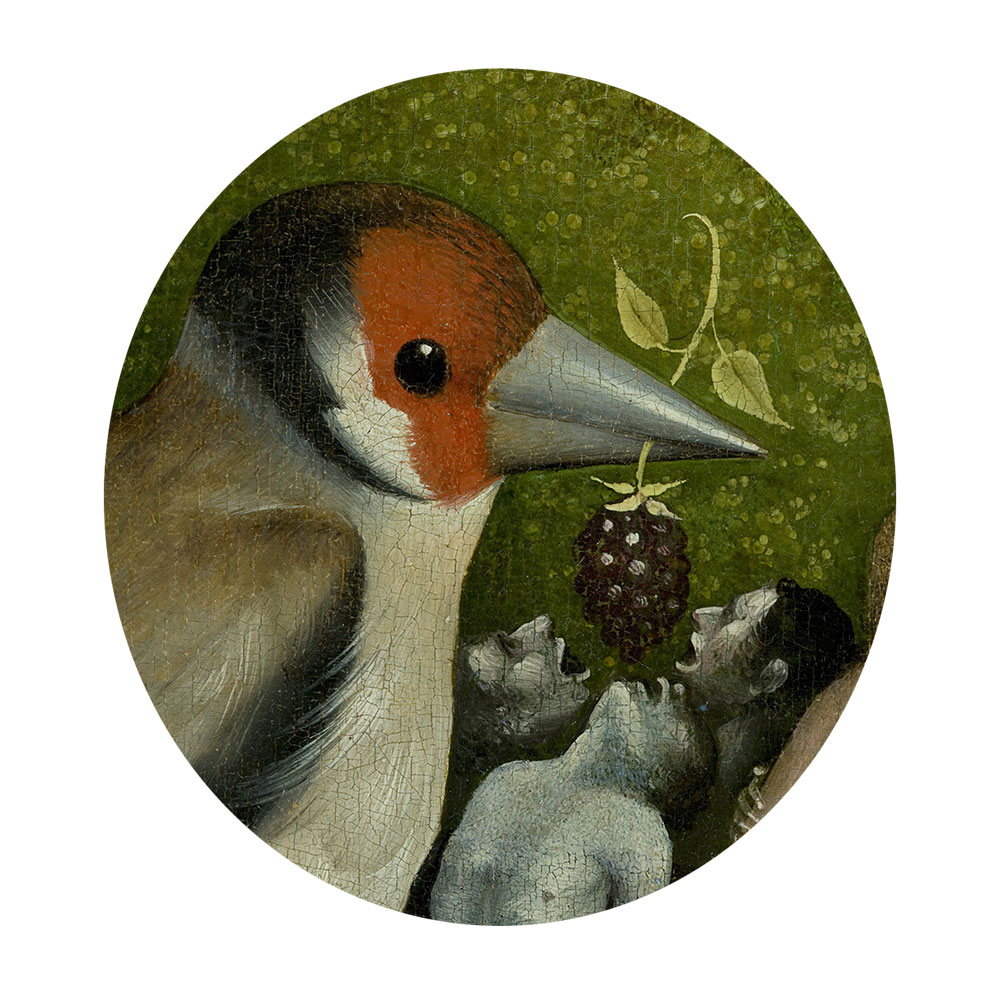 And who doesn’t want to go riding on a phoenix that’s caught a bear,

While holding a tree with a bird in it?

Do you think it would be easy to do? 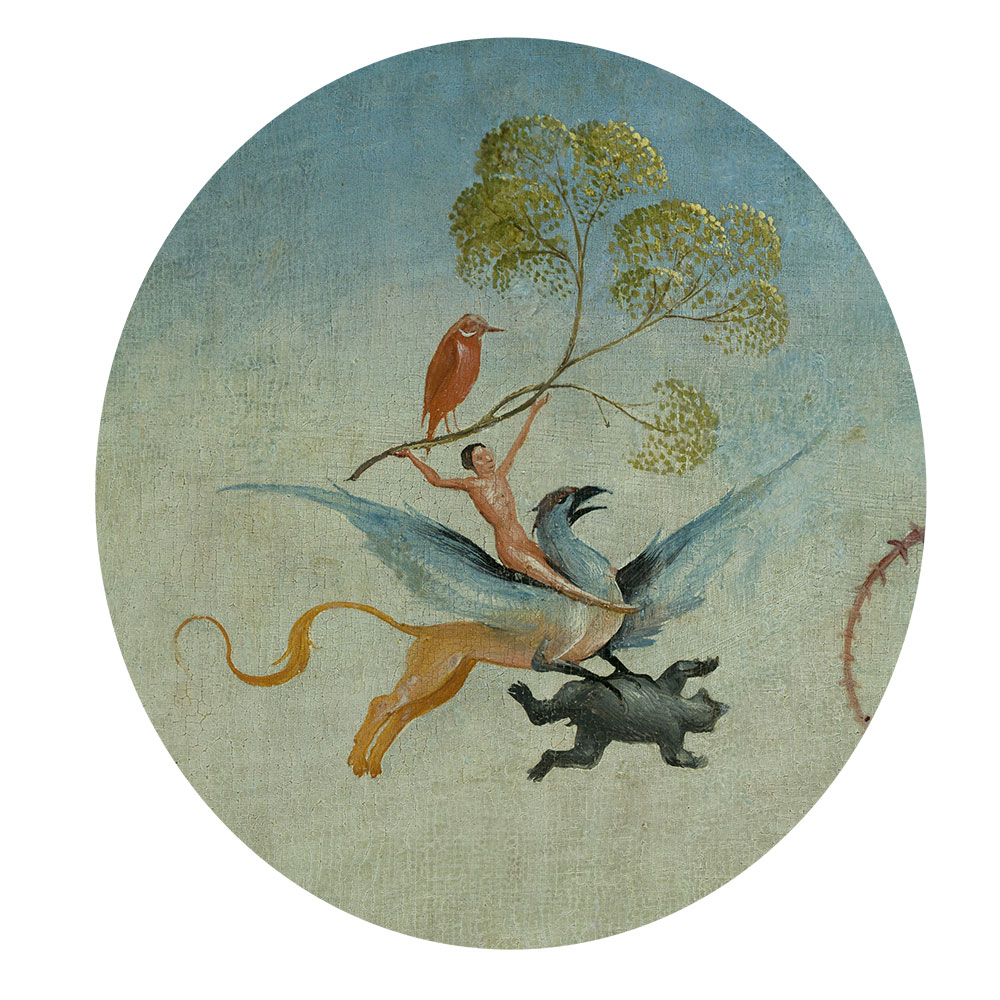 If there’s one thing better than ice-skates, it’s ice-skates the size of a boat.

And if there’s one thing better than ice-skates the size of a boat, it’s a platypus on ice-skates.

And what’s better than that? Can you think of anything? 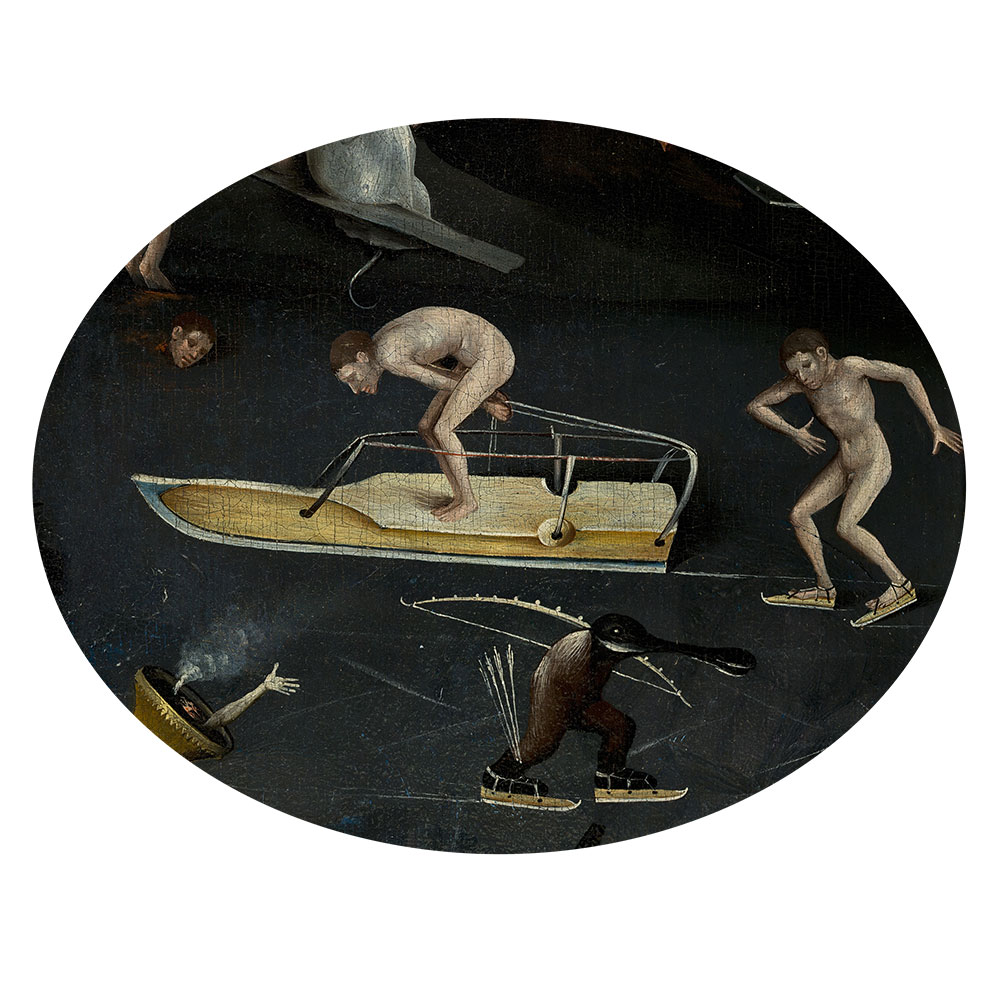 Their heron is also enjoying himself.

Have you ever had a ride in a boat that was made from a piece of fruit? 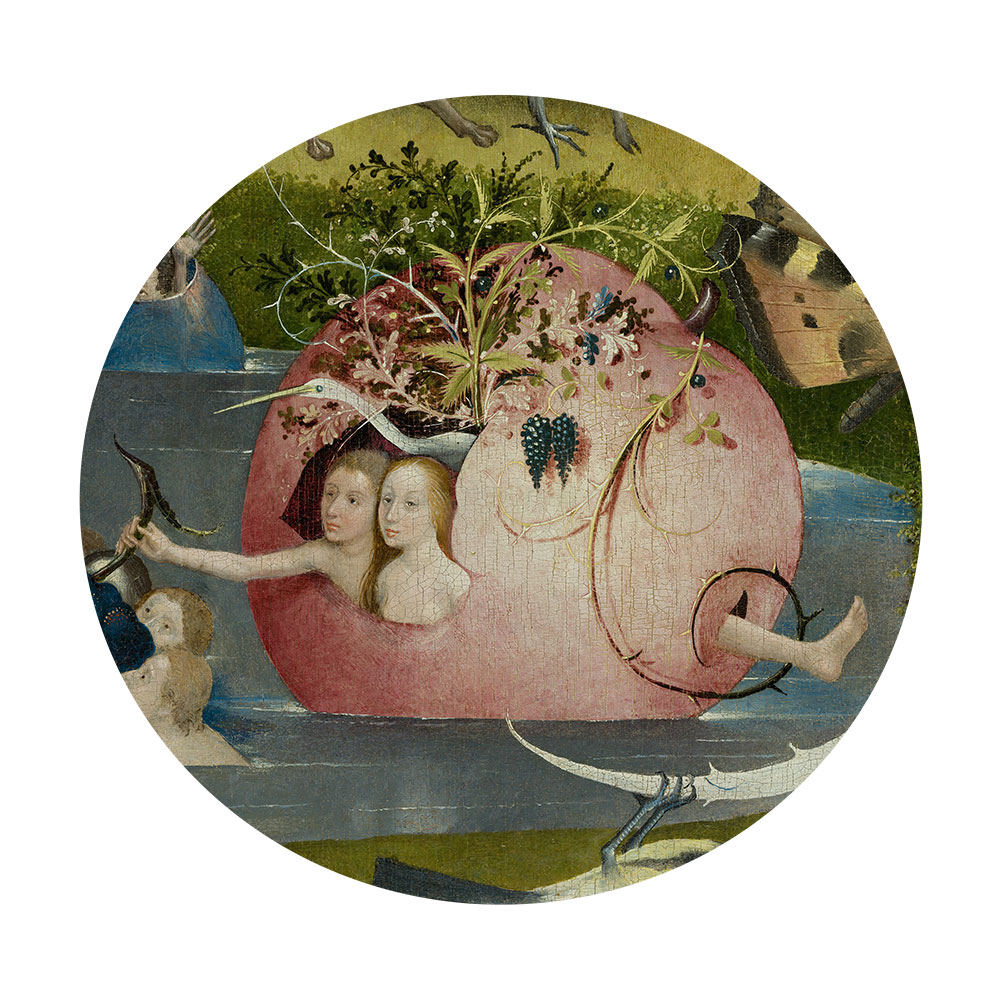 Why do you think a lady’s head might be a comfortable place for a crow?

What might be the disadvantages of such an arrangement? 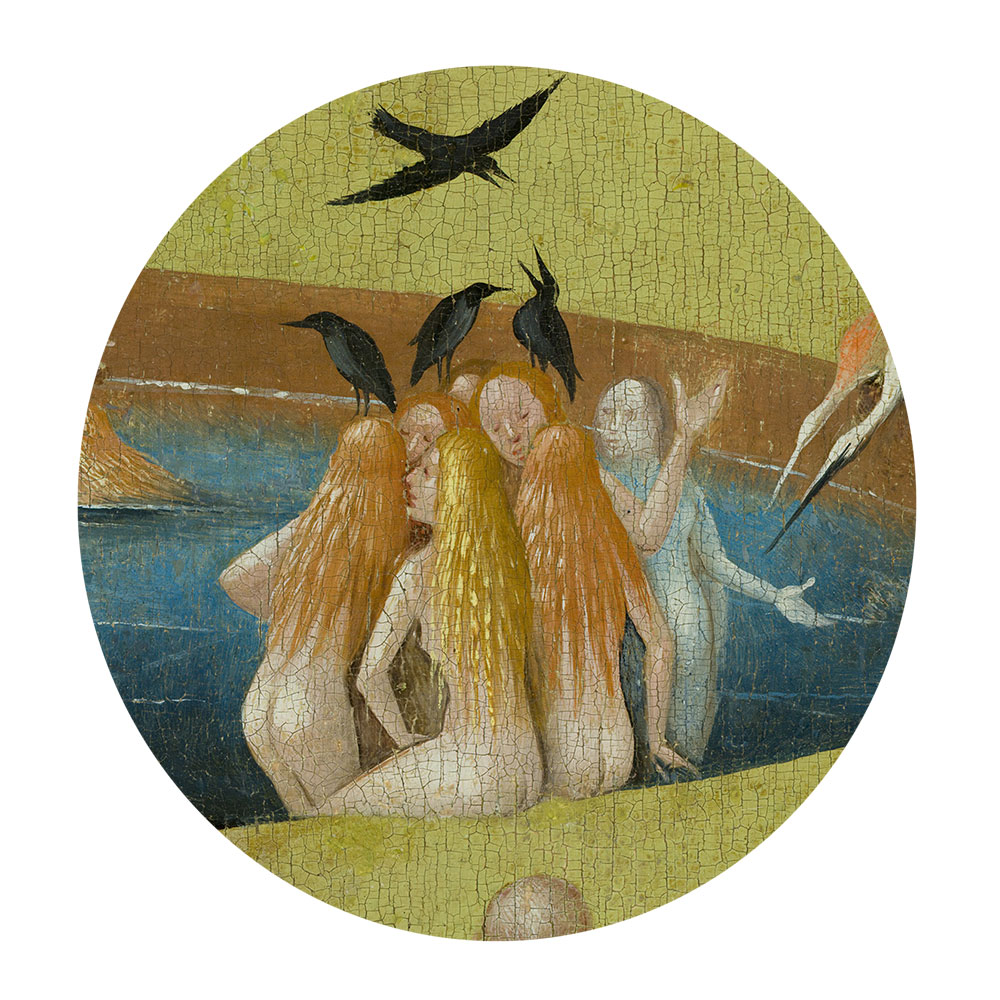 Well done! You did it!

You’ve found some of the funny things in Hieronymus Bosch’s garden.

What other funny things did you see there?

What would you put in your own Garden of Earthly Delights?

The Fair With Golden Hair

I Will Help You