Once upon a time, there was a poor kingdom that had no silverware and the people had to eat with their hands. Somewhere in the country, close to the king’s castle lived a 9 year old girl named Victoria. She loved to play with her pet pigs and she was very small but had a big heart. When she was a baby, she was so little that her ears had frequent ear infections and so as she grew she couldn’t hear so well. As a result, Victoria spoke loudly and when she was excited, she could really ring a bell.

One day she was making a present for her mother and it was supposed to be an instrument but it looked like a fork!!! Her dad was an ironsmith so she went down to his workshop and asked, “Daddy, can you make a mold for this object and make it with metal?” Her dad said, “Yes,” so after 3 months of molding they finally got the right mold and she took the fork to the King’s castle. The wise wizards, the enchanters, and the magicians were in a long, long, line to see the King. Victoria got in line with the other “professionals.”

A wizard named Max spoke to her very softly because the wise wizards thought very seriously that if a person whispered it meant they were powerful. Consequently, wizards always spoke softly and people always nodded their heads because they couldn’t really hear them. Max looked wildly at Victoria.

“How is it that a young girl with no parent is in line with me. Young child, this line is for professionals! People, you know, with power, influence, and education. You have none of these. You must go!”

“Why sir!” her chin held high, “I am Victoria. I am a faithful and loyal subject to the Crown. The King will see me because I have a gift for the King.”

Max scowled, frowned, and growled at her.

“You,” Max chuckled. “You have a gift that the King can use?”

Max laughed a deep, deep, howl. Heads turned and people began to whisper. Max kept laughing uncontrollably until everyone was whispering, even the King! Finally, the King realized the absurdity of whispering to his advisors.

“Tell me. Tell me now. Wheeeeere, is this whispering coming from? I mean what are you whispering about and whooooo is laughing so hard? I cannooot even think.”

Max stepped forward with his wild hair, wild glare, and wildly inappropriate tone of voice. Max lifted up his head in a superior fashion and said, “I am who is talking. To whom am I talking to?” The King’s eyes got as wide as a Thanksgiving saucer for a family turkey.

Max instantly bowed and tried to pay homage to the King and pushed Victoria out of the way.

The King took note of Max’s aggressive and rude behavior. The King said,

“Is there a problem here?”

The King was furious. He said,

“How dare you push a girl out of the way to speak with her King, and then not answer me properly.”

Max looked at the King with his chin held high.

“Bring back the girl. Immediately!” the King said.

Nobody saw the girl. Victoria had gone home crying and the King threw Max and all of the magicians in prison. He set off to find Victoria and he finally found her. Victoria showed him the fork and the king loved it!

Ten years later everybody in the kingdom and in the country had a fork and they figured out how to make the spoon and the knife. The next day they were given a metal shop to work in and it was in the king’s castle and the king said that once you are finished making silverware for the entire kingdom you can become part of the royal family.

Twenty years later they were done making silverware and were getting royal food and clothes and they became rich. Victoria was twenty-nine and was just about to graduate from college. She met Caleb, the farm boy, and they loved each other. One day they were on a date at Victoria’s private indoor dining and Caleb asked Victoria to marry him!!!!!! Victoria said, ”Yes. Yes, a million times yes.” Soon they got married and lived happily ever after. They also had kids, three to be exact, and they grew up to be really good people! 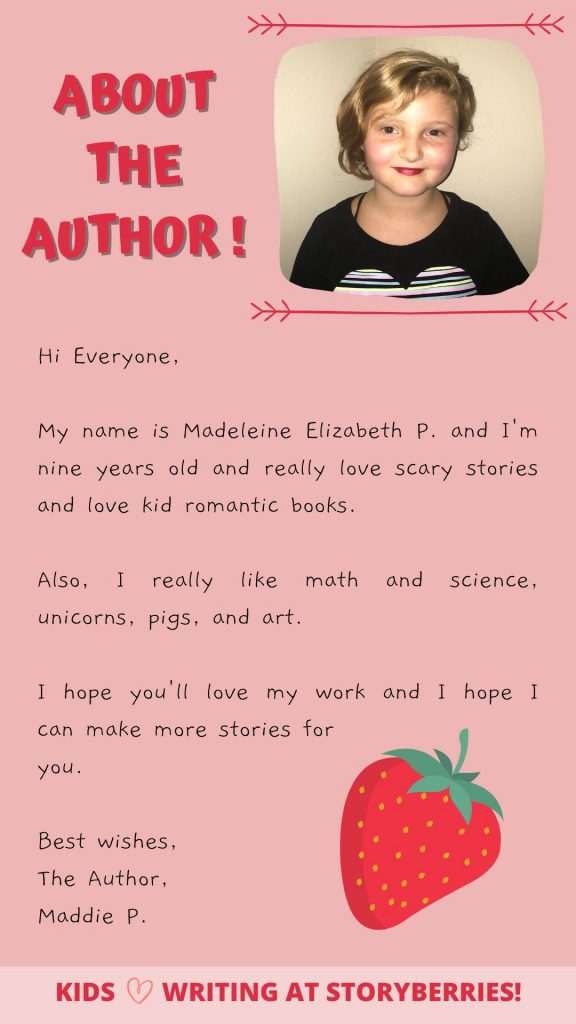 The Green Earth & Me